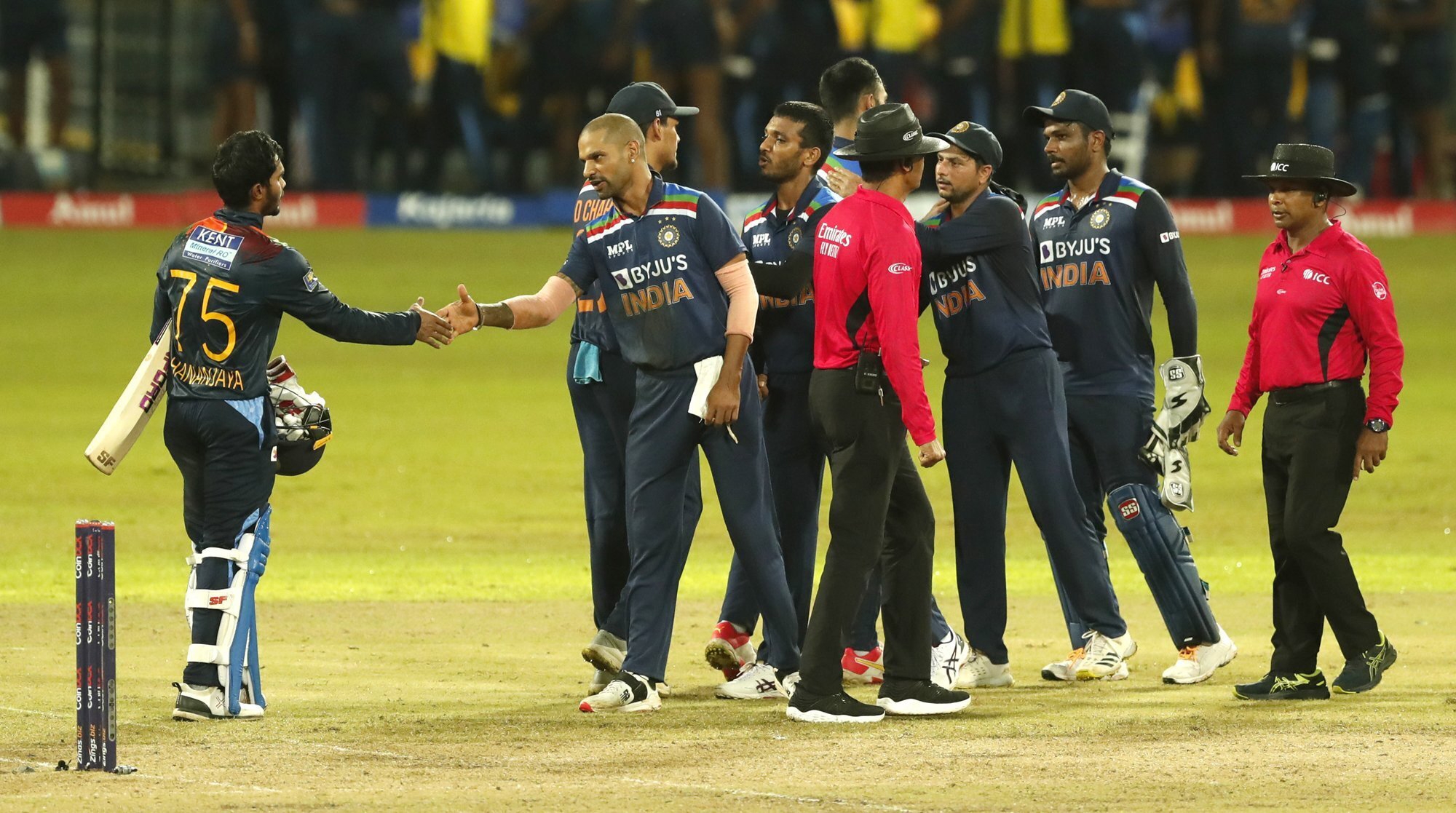 Leg-spinner Wanindu Hasaranga (4/9) made the Indians dance to his tunes on his 24th birthday, playing a crucial role in restricting them to a paltry 81 for eight, which is their lowest against the Lankans.

The match was reduced to a no-contest after India's disappointing batting display as off-spinner Akila Danajaya too troubled the batsmen though he did not take any wicket.

The COVID-19 related isolation of nine players affected the team balance adversely with the rookie Indian batsmen looked miserable with the ball not coming on to the bat.

The small target gave the hosts the luxury to adopt a cautious approach. They too struggled against the Indian spinners before overhauling the target with 5.3 overs to spare. It is Sri Lanka's first ever T20 series win over India.

Rahul Chahar dismissed both the openers -- Avishka Fernando (12) and Minod Bhanuka (18) -- and Sadeera Samarawickrama (6) but such a small total did not give India any chance to script a comeback.

Sri Lanka's top batsman Dhananjaya de Silva (23 not out), though, nudged the ball around nicely for singles and doubles to take the side past the finish line.

De Silva showed when scoring boundaries is not possible, working the ball around is the best way, something the Indian batsmen failed to do. After shining with ball in his hand, Hasaranga also scored 14 runs.

The footwork of the Indians against the spinners did not inspire any confidence, looking into future, as they remained doubtful whether to play on front-foot or the back-foot.

Perhaps, they are used to playing on placid IPL tracks where the ball comes on to the bat nicely.

Only three Indian batsmen could manage the double-digit score with number seven Kuldeep Yadav being the best with his 23-run unbeaten knock.

Such was the dominance of the home bowlers that India hit only four boundaries in entire 20-over innings.

The Sri Lankans threw themselves on the field, plucking some sensational catches and stopping runs as well with agile efforts.

The pitch was much better than the one used for the second match and it helped the bowlers as well as in stroke-play, making it an even contest.

There was bounce available and pacer Dushmantha Chameera hit the deck hard to get one to fly, which Shikhar Dhawan (0) could not connect properly, just managing an edge that was taken in slips.

Devdutt Padikkal, who looked in sublime touch, and Ruturaj Gaikwad, played some fluent shots before the hosts suddenly turned the heat on the Indians.

First Padikkal (9) was run out and and then wrist spinner Hasaranga caused a flutter by dismissing Sanju Samson (0) and Gaikwad (14) in a space of three balls.

Samson went on back foot to miss the line when he should have been defending on the front foot while Gaikwad offered the front foot but was hoodwinked by a googly and was adjudged leg-before.

It left India reeling at 25 for four inside the Power-play.

If that was not enough, the home skipper piled on India's miseries by pulling off a stunning return catch to spell the ouster of Nitish Rana (6). At the half-way stage, India were reeling at 39 for five.

From there on, not much was left in the match.