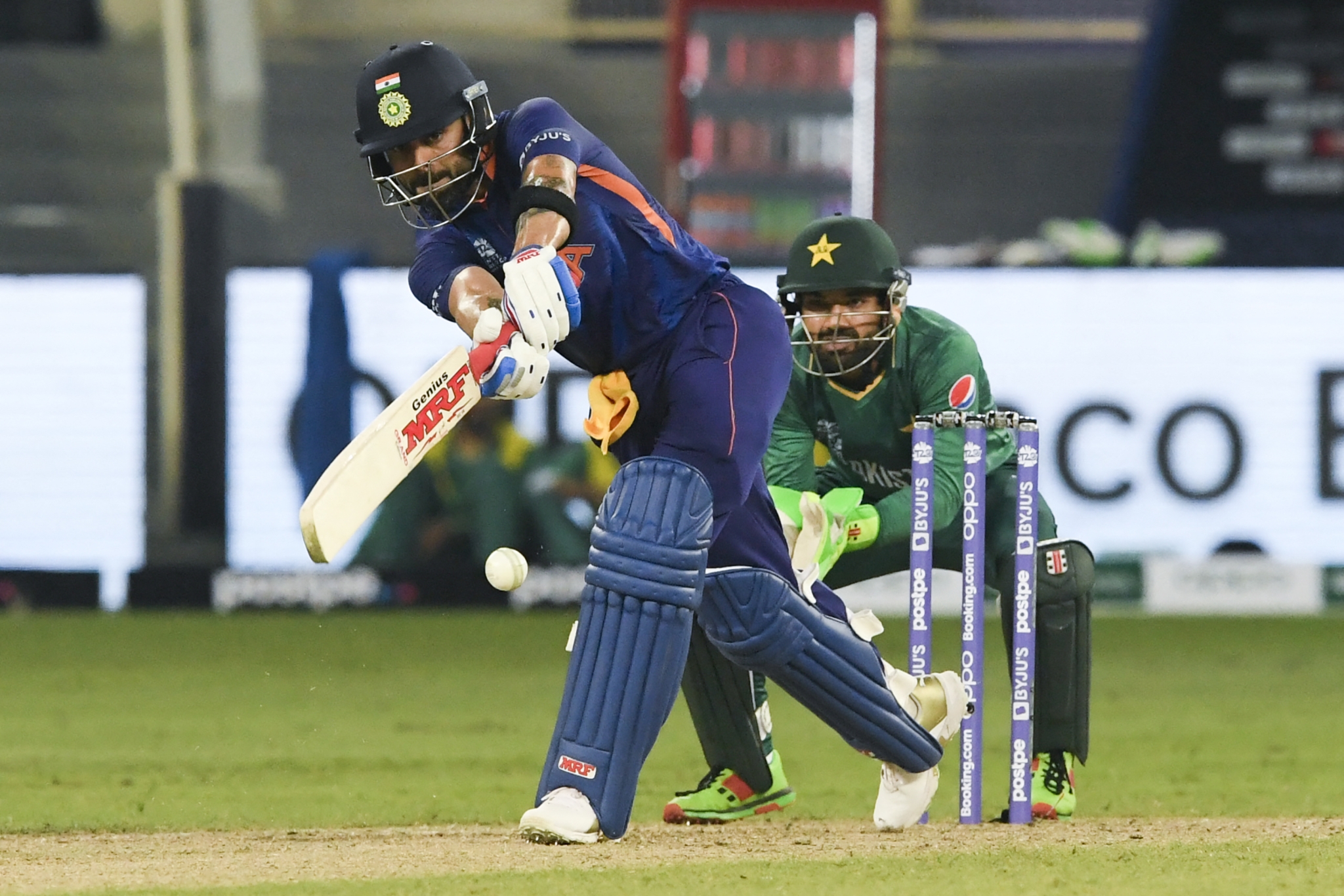 Virat Kohli plays one through the on side. | Photo: Twitter

Virat Kohli scored his 29th T20I half century, when he scored 53 against Pakistan in their Super 12 T20 World Cup match in Dubai on Sunday. His efforts meant that India scored 151/7.

When he crossed the half century mark, Kohli overtook Chris Gayle, who has nine, to become the player with most fifties in T20 World Cups. Mahela Jayawardene, former Sri Lanka captain, has seven while Rohit Sharma is the next Indian on the list with six.

The Indian captain was involved in a 53-run fourth wicket stand with Rishabh Pant and then added 41 with Hardik Pandya. Kohli also became the first Indian captain to score a half century in T20 World Cups. This is the first time Kohli is leading India in the tournament, with MS Dhoni being the captain in all editions from 2007 to 2016.

While Dhoni relinquished captaincy in 2017, Kohli has said that the ongoing T20 World Cup will be his last as the skipper of the Indian side.