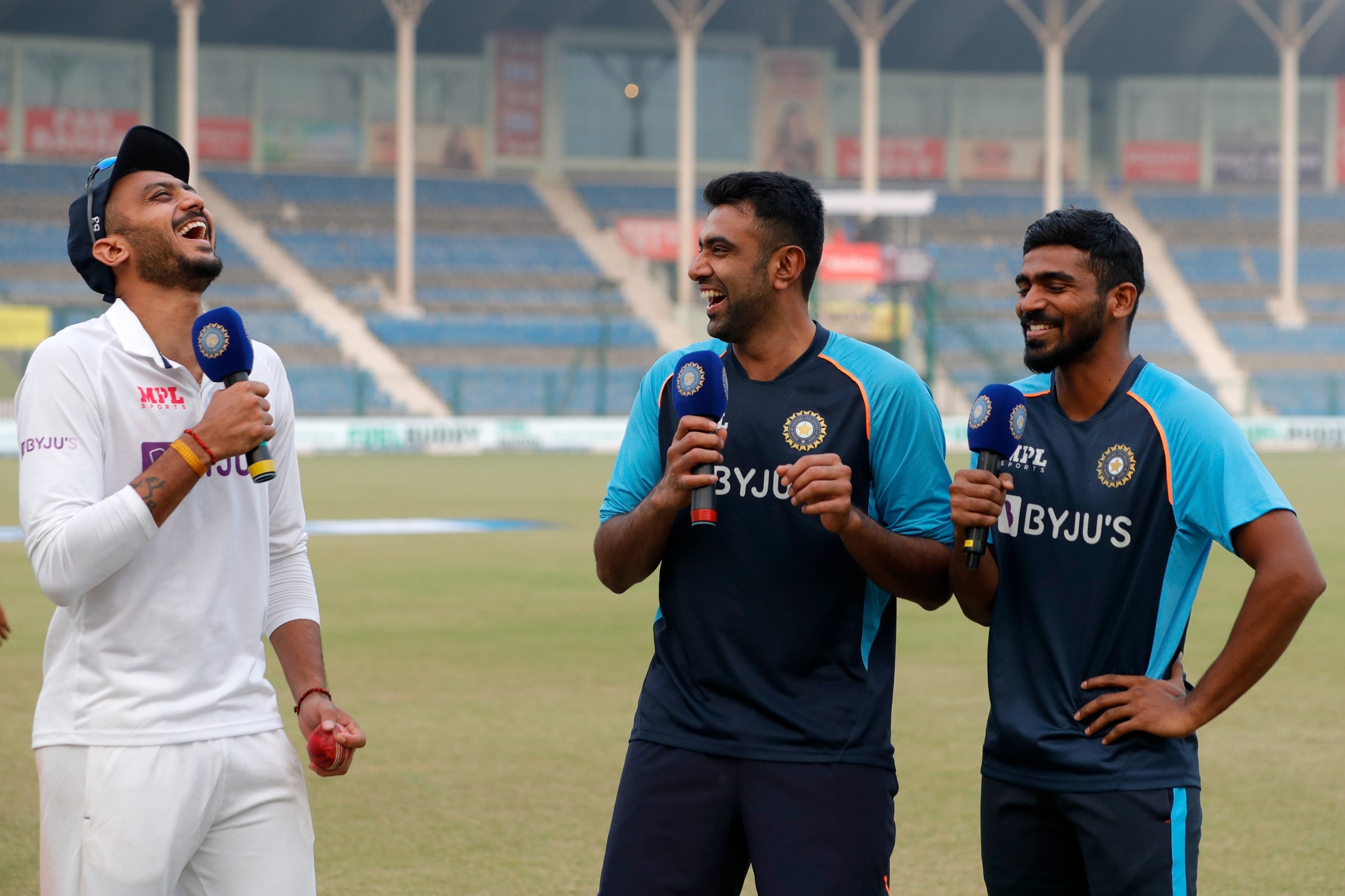 "Zyaada ungli nai maarna (don't use fingers too much)," was Axar Patel's advice to Ravichandran Ashwin on dismissing Ross Taylor after the third day's play of the first Test between India and New Zealand in Kanpur on Saturday.

Patel bowled from wide of the crease and had Taylor caught by Srikar Bharat, standing in place of Wriddhiman Saha, who was out with a stiff neck. Ashwin asked Patel about the secret behind the wicket.

You don't want to miss this rendezvous with the #TeamIndia trio after Day 3 of the Kanpur Test. 👌- By @28anand

Patel and Ashwin also chatted about the low bounce on the surface and Ashwin pulled Bharat's leg for not helping him with the DRS. Ashwin had rapped Tom Latham on the pads and put out a massive LBW appeal only to be denied. Bharat as well as Mayank Agarwal, standing at silly point, indicated that Latham had gotten bat to it.

However, Hawk Eye showed that it would have been out LBW and there was no edge. Latham went on to make 95 before being stumped by Bharat off Patel.