Home series against New Zealand crucial for Cheteshwar Pujara, Ajinkya Rahane to get back among the runs
S. Sudarshanan 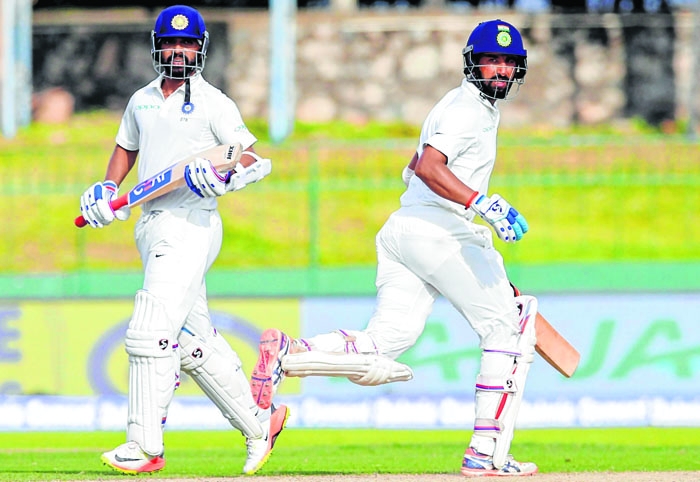 Ajinkya Rahane isn’t quite expressive. But when he tucked his bat under his left arm and walked towards the dressing room, head shaking, perhaps cursing why he hung his bat out to an incoming ball from Chris Woakes, you knew it. The viewers had given the verdict much before the umpire did — plumb LBW. That brought curtains to his England tour, a curtailed one due to Covid-19.

Was it the final time Rahane donned the India colours, at least for a while Will the selectors still place their faith in India’s Test vice-captain? Will the new coaching staff want a batter, who has scored just two hundreds in his last 20 Tests, at the start of a ‘new era’?

Rahane not just made it to the Test squad for the two-match home series against New Zealand, but is also set to lead India in the first Test in Kanpur in the absence of regular captain Virat Kohli, who will return in the second game.

Rahane’s batting average after the England tour read 15.57 in seven innings. Against the same opposition at home earlier this year, the right-hand batter averaged 18.66 in six innings. He had a good outing in the first innings of the World Championship final in Southampton, between the two series, scoring 49 in the first innings. In the Border-Gavaskar Trophy earlier, Rahane had a hundred to show in Melbourne, including which, his tour average across eight innings was 38.28.

“He’s a great player. There are times when a player goes through a tough time,” said Pujara, the vice-captain about Rahane’s form during the virtual press conference on Tuesday.

“That’s part of the game. There will be ups and downs. I feel he is a confident player and he is someone who works on his game. I am very sure he is one innings away… Once he gets a big hundred, he’ll be back in form.”

“He has been working hard in the nets. I’ve seen the way he has been batting. He is in good touch,” added Pujara, who along with Rahane and others was part of the training camp for the last two weeks at the Bandra Kurla Complex in Mumbai.

While he admirably led India in Kohli’s absence to a series win in Australia, the failings of Rahane the batter have been far regular to plead ignorance. In Tests from the start of 2019, Rahane averages 36.74 — not solely culpable looking at Cheteshwar Pujara’s 33.18 and Kohli’s 39.16. Pujara’s heroic efforts in Australia — twin fifties in the Sydney Test followed by the second-innings 56 in Brisbane — when he took blows to the body and held one end up, with India winning both games, meant that the ‘form talk’ hasn’t been as much about Pujara as it has been about Rahane.

In Tests from January 2019, India’s number three, four and five have averaged 37, which is only better than Zimbabwe, Sri Lanka, Ireland, South Africa and West Indies. As a result, it is not just Rahane who is under the scanner.

Pujara last scored a hundred in 2019 — 193 in the Sydney Test at the start of the year. In 22 Tests since, he has merely scored 29 runs per dismissal with a best of 91, which came against England in Leeds earlier this year.

“As far as my hundred is concerned, when it has to happen it will happen,” stated the no.3 batter. “My job is to bat well for the team and it's not that I haven't been getting runs. I have got 80s and 90s. As long as I am batting well and contributing for the team, I am not bothered about my hundred. It's matter of one innings.”

With a tour to South Africa in the horizon, Pujara and Rahane will have what could be their last shot at redeeming themselves and getting among the runs. And more than just their expressions, their runs should make a case for them to be part of the tour to the Rainbow Nation.