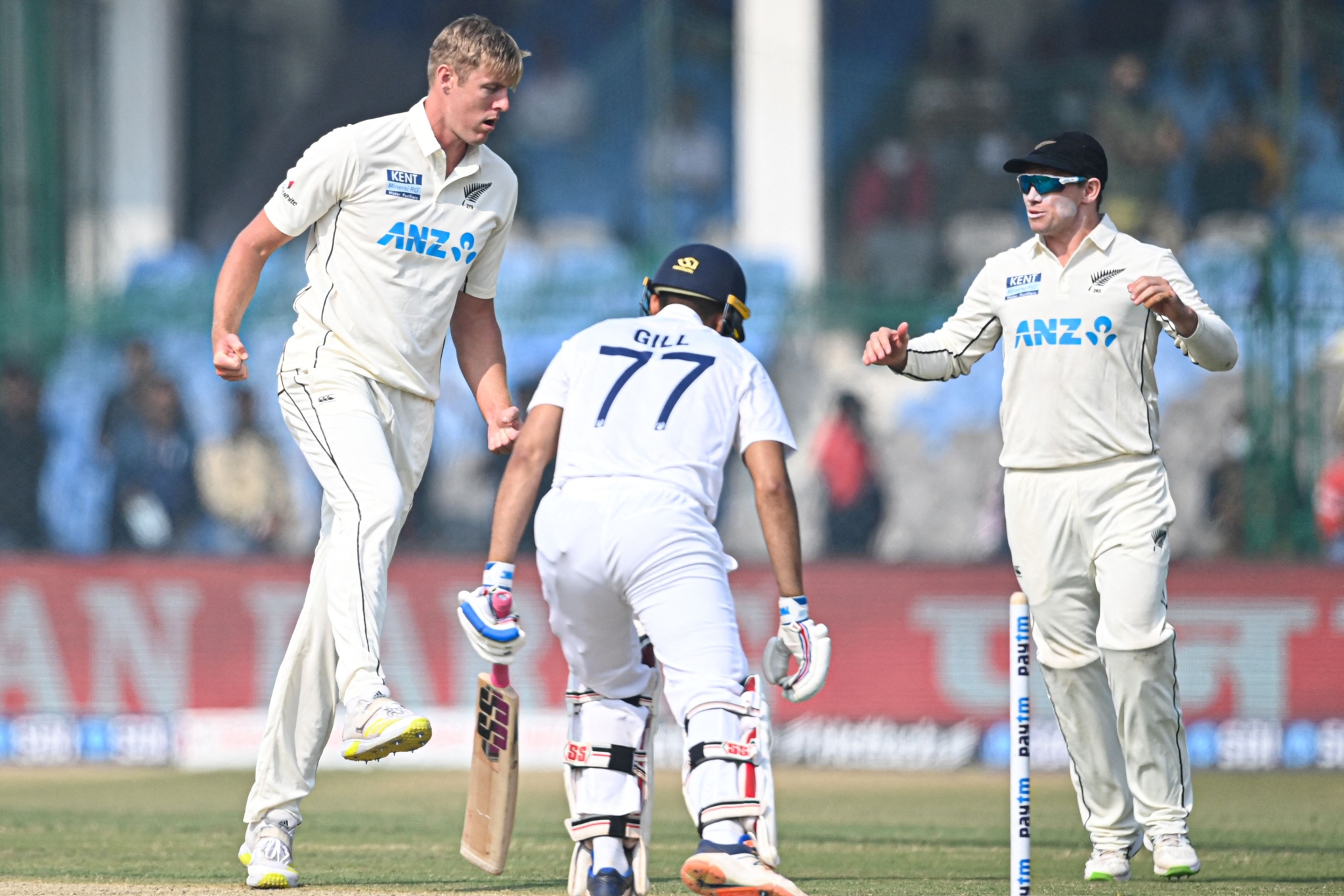 Kyle Jamieson became the fastest from New Zealand to pick 50 Test wickets when he dismissed India's Shubman Gill in the second innings on Day 3 of the first Test in Kanpur on Saturday.

Jamieson got to the mark in just nine Tests. Shane Bond, who held the record earlier for New Zealand, did so in 12 Tests. Jamieson has been India's nemesis and has 20 wickets against them in just four Tests.

India were six for one in two overs in their second innings, after bowling New Zealand out for 296 in response to their first innings total of 345.