With KL Rahul ruled out, either or both Suryakumar Yadav and Shreyas Iyer stand a chance to make Test debuts
S. Sudarshanan 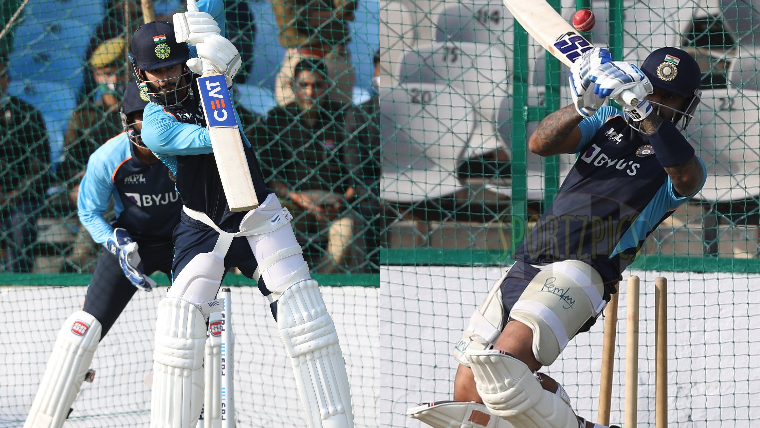 KL Rahul and Mayank Agarwal would have been hoping for a happy reunion at the top of the order for India in the first Test against New Zealand in Kanpur. The Karnataka pair had last opened for India in a Test match in August 2019. The move would have meant regular opener Shubman Gill shifting to the middle order, especially with Virat Kohli missing the first Test starting November 25.

However, on Tuesday, Rahul was ruled out of the home Tests against New Zealand due to a muscle strain in his left thigh and will be undergoing rehabilitation at the National Cricket Academy in a bid to be fit for the tour of South Africa starting next month.

Rahul’s absence, however, has brought up interesting prospects ahead of the series opener against the Kiwis. Suryakumar Yadav, who made his T20I and ODI debut this year, had been added to the Test squad, which already had Shreyas Iyer. While Gill’s middle-order stint in Tests could be delayed, one either or both of Yadav and Iyer could make their first appearances in Tests, depending on the number of batters India play.

Iyer, known for his attacking game-play in the First Class circuit, averages 52.18 in the longer format and has a strike rate of 81.54. His maiden call-up to India’s red-ball side came with a promise of at least getting one gig, given the composition of the squad. Yadav, on the other hand, has an average of 44.01 in the 77 First Class games he’s played, and strikes it at 62.68.

With an attacking lower middle-order batter in Rishabh Pant missing, India would perhaps look at an enforcer in the spot, which could mean Iyer gets a look in. But Yadav was called up to the Test side for the England tour earlier, even though he wasn’t played.