IND vs NZ: Bench in focus on one hand, clean sweep on the other in India-New Zealand dead-rubber

Whether Ruturaj Gaikwad, Ishan Kishan and Yuzvendra Chahal get a game and whether Venkatesh Iyer does bowl will be key aspects of interest in the final India versus New Zealand T20I
S. Sudarshanan 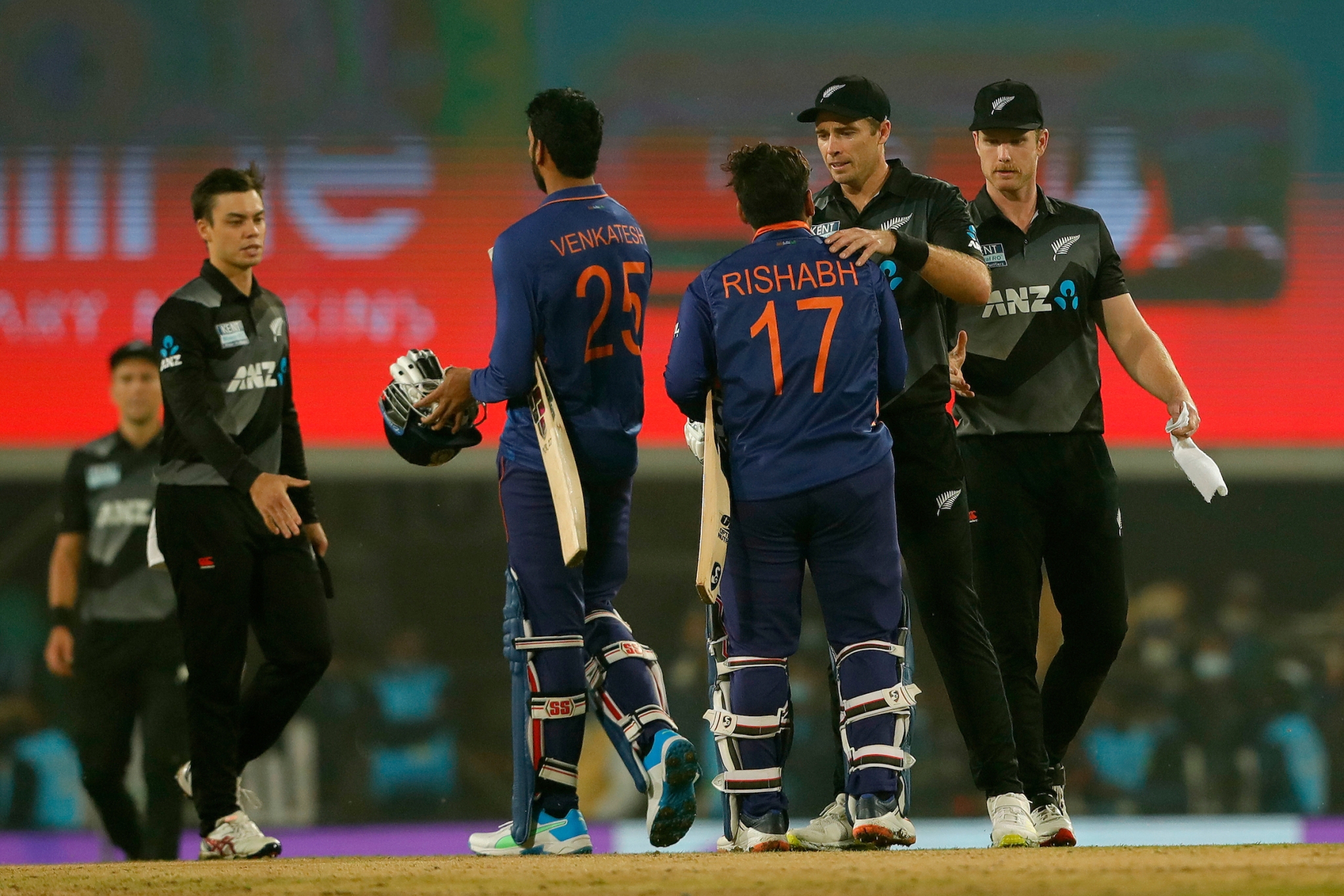 These set of words were uttered together by Rohit Sharma at the toss in the first T20I. Iyer was handed a debut then. Two games into the series, the left-handed batter has walked out to bat twice but the right-hand seamer in him is yet to appear at the international stage.

In Madhya Pradesh’s five matches of the Syed Mushtaq Ali Trophy, Iyer bowled 15 overs and returned five wickets at an economy under six. The final T20I against New Zealand at the Eden Gardens in Kolkata could well be a chance for India to have a first look of Iyer, the seamer, at the highest level. After all, BCCI president Sourav Ganguly, who had similar credentials as Iyer, will be in attendance, ringing the bell to kickstart proceedings at the venue on Sunday.

After sealing the series on Friday, Sharma denied having thoughts of ringing in the changes in the playing XI. With Harshal Patel putting on a player of the match show – seventh Indian to win the award on T20I debut – the bowling unit had a big tick against it, prima facie. But Bhuvneshwar Kumar and Deepak Chahar bleeding runs at the start could be one of the areas the hosts could look to rectify.

With a young Avesh Khan on the bench, raring to go, it will be interesting to see if he gets a chance in the final game, a dead-rubber. All eyes will also be on Yuzvendra Chahal, who got the axe just ahead of the Men’s T20 World Cup, and is back in the setup right after it. With Ravichandran Ashwin’s impressive bowling asserting his credentials, who will Chahal replace, in case that happens, will be another aspect.

Ishan Kishan was widely expected to start the series, especially with Virat Kohli rested. However, Shreyas Iyer’s anchor-cum-hitter role was preferred, which saw him slot in at five. With Ruturaj Gaikwad as well as Kishan waiting in the wings, there are chances that KL Rahul could be rested given he will be playing the Tests starting next week.

Former New Zealand fast bowler Mitchell McClenaghan summed up what the series has been, especially for the Black Caps: meaningless. The Kiwis after all had played the Men’s T20 World Cup final on Sunday before flying to Jaipur for the first game of the series on Wednesday. Understandably, their batting has floundered and the death overs are an area of focus – 25 runs for two wickets in the last four overs of the second game and 34 for three in the first. On both occasions, they had a quick start in the Powerplay – 64 for one in Ranchi and 41 for one in game one.

Did they? You mean in meaningless series 72 hours after a WC final defeat with 3 games in 5 days playing a team with 10 days rest in their home conditions? https://t.co/jldmmH58YZ

Their generally-impeccable fielding has also left a lot to be desired. It will be the final game for Trent Boult before he leaves for home – he opted out of the Test series due to bubble fatigue. Tim Southee had a commendable game in Ranchi, picking up all the three Indian wickets to fall and giving away just 16; it is yet again up to him to help the Kiwis get on board.

And Southee’s time will start right at the toss.