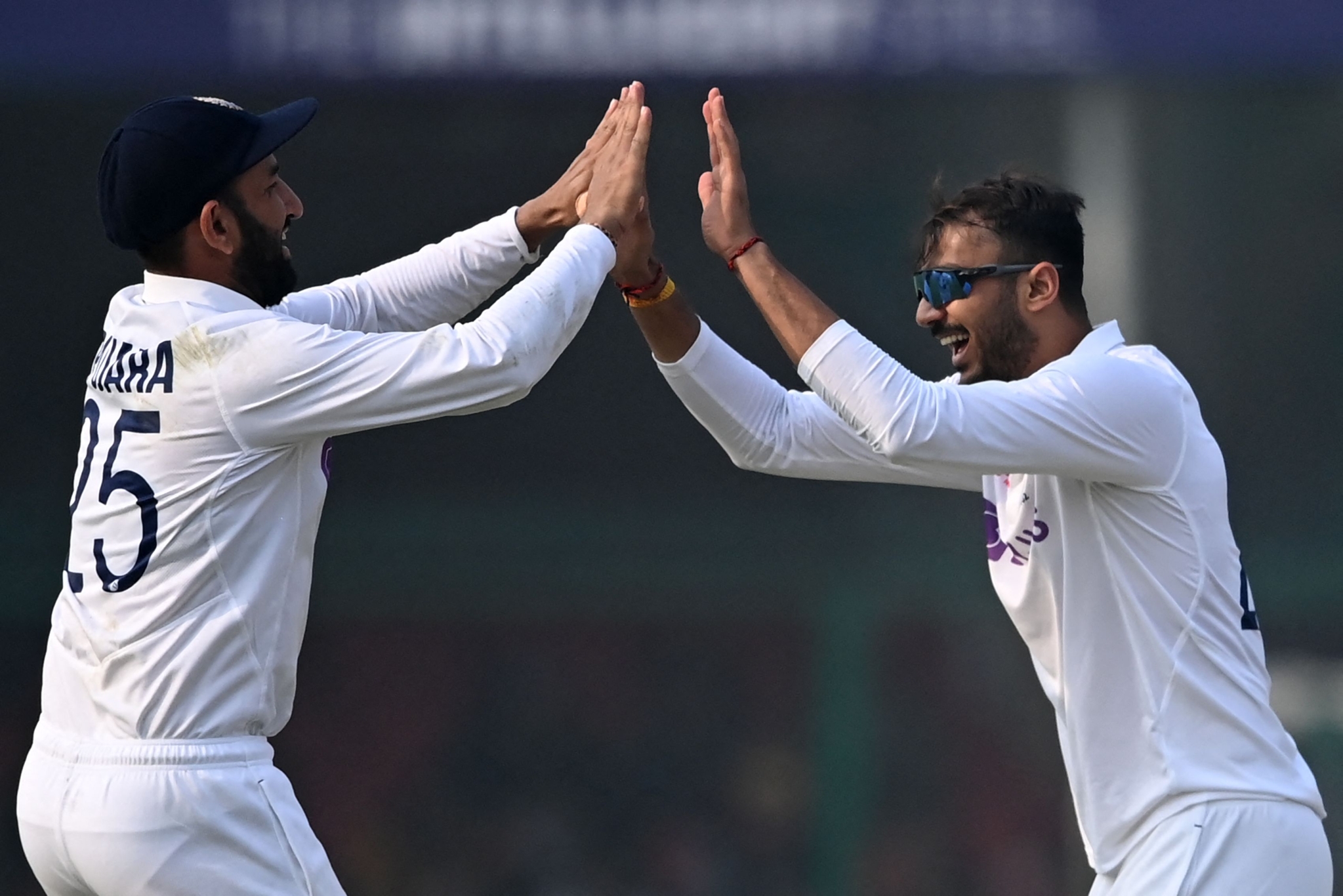 Mumbai: It was a day of high-fives for India's left-arm spinner Axar Patel. On Saturday, he picked up a fifer — five for 62 — on the third day of the first Test against New Zealand at the Green Park in Kanpur. It was the left-arm spinner's fifth five-wicket haul in just his fourth Test (7th innings).

In the process, Patel became the second-fastest player to take five fifers (in seven innings) and shares the record with Charlie Turner in 1887-88 and Tom Richardson in 1893-95. Australia's Rodney Hogg holds the record of achieving it in just six innings in 1978.

As Patel weaved his web, off-spinner Ravichandran Ashwin, too, joined the party, picking up three for 82. Both Patel and Ashwin scripted the collapse of New Zealand batting order as they were bundled out for 296, giving India a slender lead of 49 runs. At stumps, India were 14 for one in their second innings.