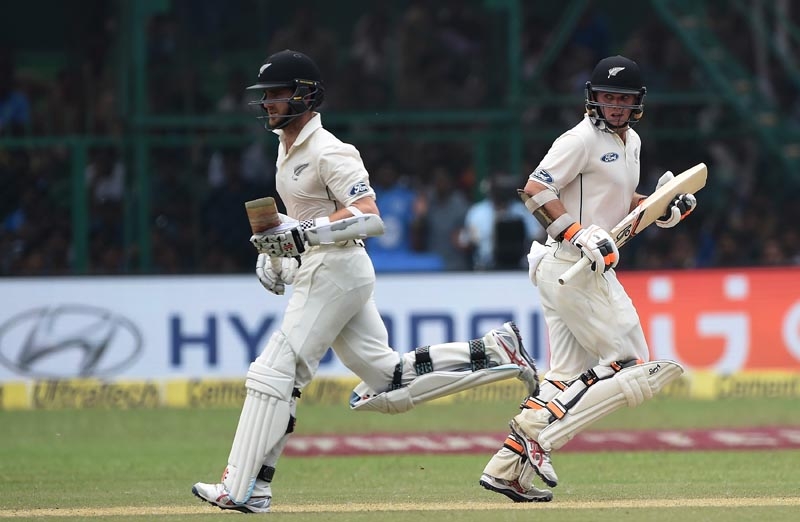 New Zealand captain Kane Williamson has been ruled out of the second Test against India at the Wankhede Stadium in Mumbai. Tom Latham will now lead the tourists, New Zealand Cricket announced before the start of the game on Friday.

The Black Caps captain was nursing a left elbow injury and batted through it in the first Test. However, the condition flared up, meaning Williamson had to miss out of the Mumbai Test.

"It’s been a really tough time for Kane having to deal with such a persistent injury,” Gary Stead, New Zealand head coach, said.

“While we’ve been able to manage the injury through the year and the T20 World Cup, the shift to Test cricket and the increased batting loading has re-aggravated his elbow. Ultimately the injury is still not right and while he got through the Kanpur Test, it was clear playing in the second Test wasn’t an option."

Williamson's elbow troubles began early this year during New Zealand's home summer. He continued to play despite that.

“We all know how much he loves playing and leading this team, particularly in Test cricket, so it’s a very difficult decision to sit out. It’s been a challenging year for Kane trying to manage his elbow and it’s important we now formulate a good plan with him to ensure the injury does not continue to plague him," Stead added.

“He will likely require a sustained period of rest followed by rehabilitation, strengthening and gradual batting loading."