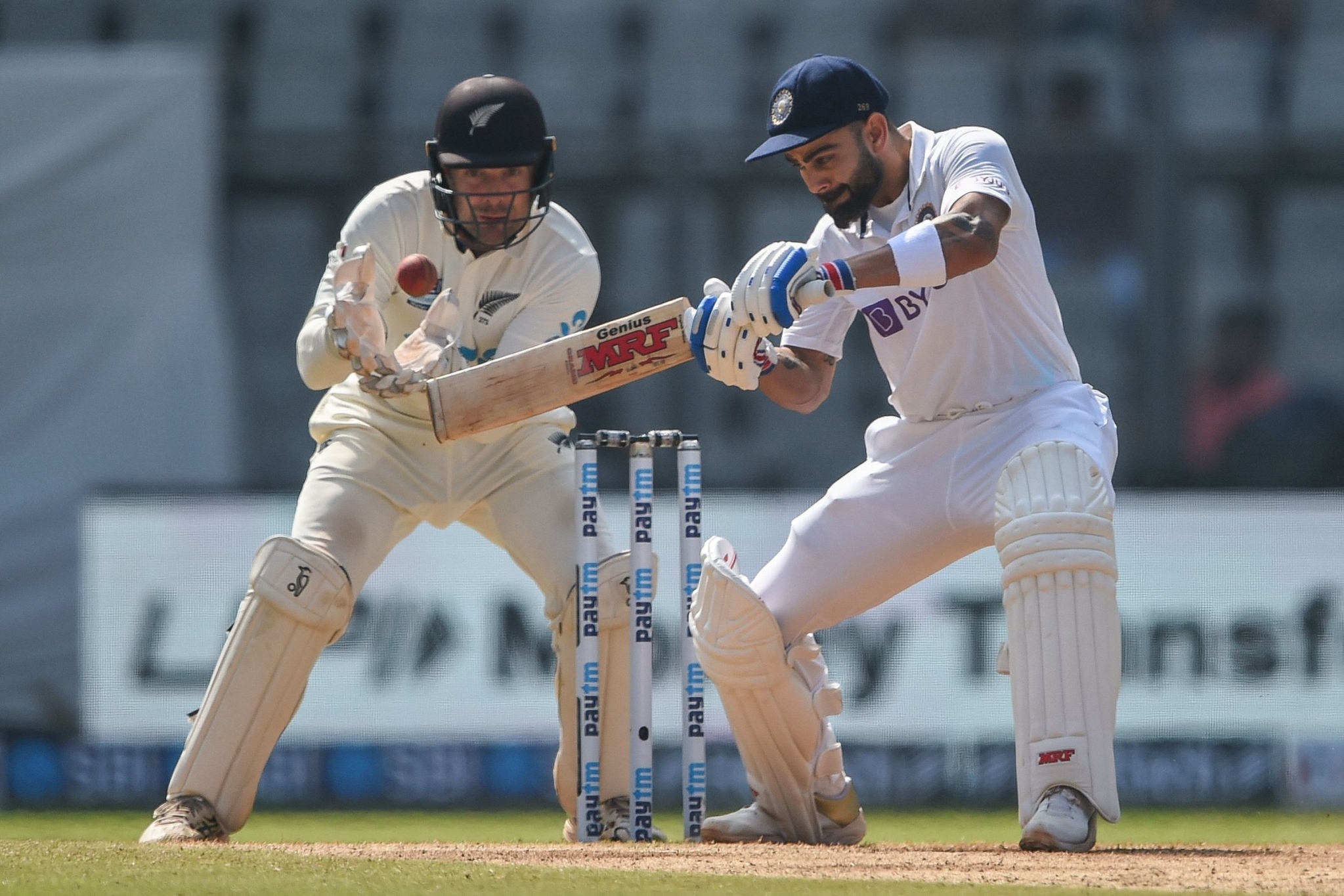 India declared their innings on 276 for seven, setting New Zealand a target of 540 on Day Three of the second Test in Mumbai on Sunday. Mayank Agarwal yet again top-scored with 62 while Ajaz Patel picked four wickets for 106, a match total of 14 wickets, the best against India.

Virat Kohli and Shubman Gill resumed after Lunch. William Somerville was hit for sixes over deep mid-wicket in an over. But Gill, nearing his half century, offered a simple catch to covers when on 47.

Shreyas Iyer announced his arrival in the middle with two sixes. However, he was stumped off Ajaz Patel. All eyes were on Kohli in anticipation of another half century. But on 38, he attempted a cut only to play it on to the stumps.

Axar Patel then hit a quickfire 41 off just 26 balls, with three fours and four sixes, before India declared.