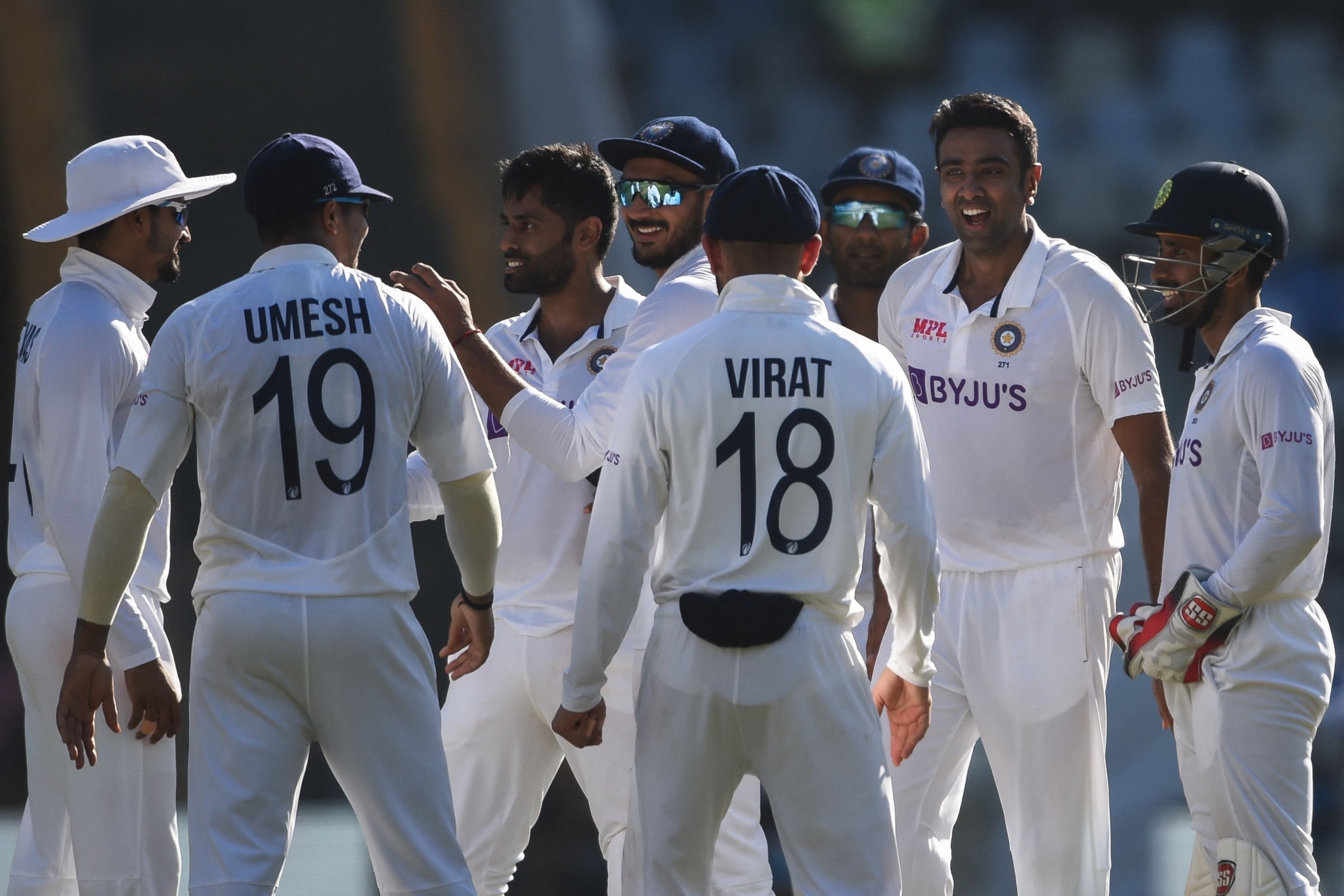 A moment of brain fade from Daryl Mitchell in the last hour of Day Three helped India hold a firm grip on the second Test against New Zealand in Mumbai on Sunday. Though the hosts always had the upper hand after setting Black Caps a target of 540, Mitchell had held one end en route his half century.

Mitchell walked in in the fifth over after New Zealand lost captain Tom Latham for six. Along with William Young, he saw off a fiery spell of fast bowling from Mohammed Siraj. Ravichandran Ashwin and Axar Patel also tried their best but India were wicketless for over ten overs, before the bounce at the Wankhede aided Ashwin. Young was out caught at bat-pad for 20.

Mitchell meanwhile was growing in confidence. He found an ally in Henry Nicholls, who walked in with New Zealand at 55 for three. Mitchell scored his second Test fifty as the pair added 73 for the fourth wicket. He had just hit Patel for a six and yet looked to repeat the feat and holed out to long on for 60.

Despite losing Tom Blundell being run-out after committing a hara-kiri, Nicholls stayed put to finish unbeaten on 36.

Mayank Agarwal scored 62, his second fifty-plus score in the Test to go with his 150 in the first dig. He was yet again dismissed by Ajaz while Cheteshwar Pujara was caught at slip for 47 after a battling knock.

Shubman Gill and captain Virat Kohli then added 82, being particularly severe on spinner William Somerville. Gill was peppered with some short bowling, which he tackled in an unorthodox manner to start with. He then looked set for a fifty before he spooned a catch to covers on 47 off Rachin Ravindra, who became the first non-Ajaz bowler to pick a wicket for New Zealand in the match.

Ravindra then had Kohli chopping one on to his stumps on 38. Axar then played a stroke-filled knock of 41 off just 26 balls.

Ajaz's 14 wickets in the game meant that he finished with the most wickets in a Test match against India.