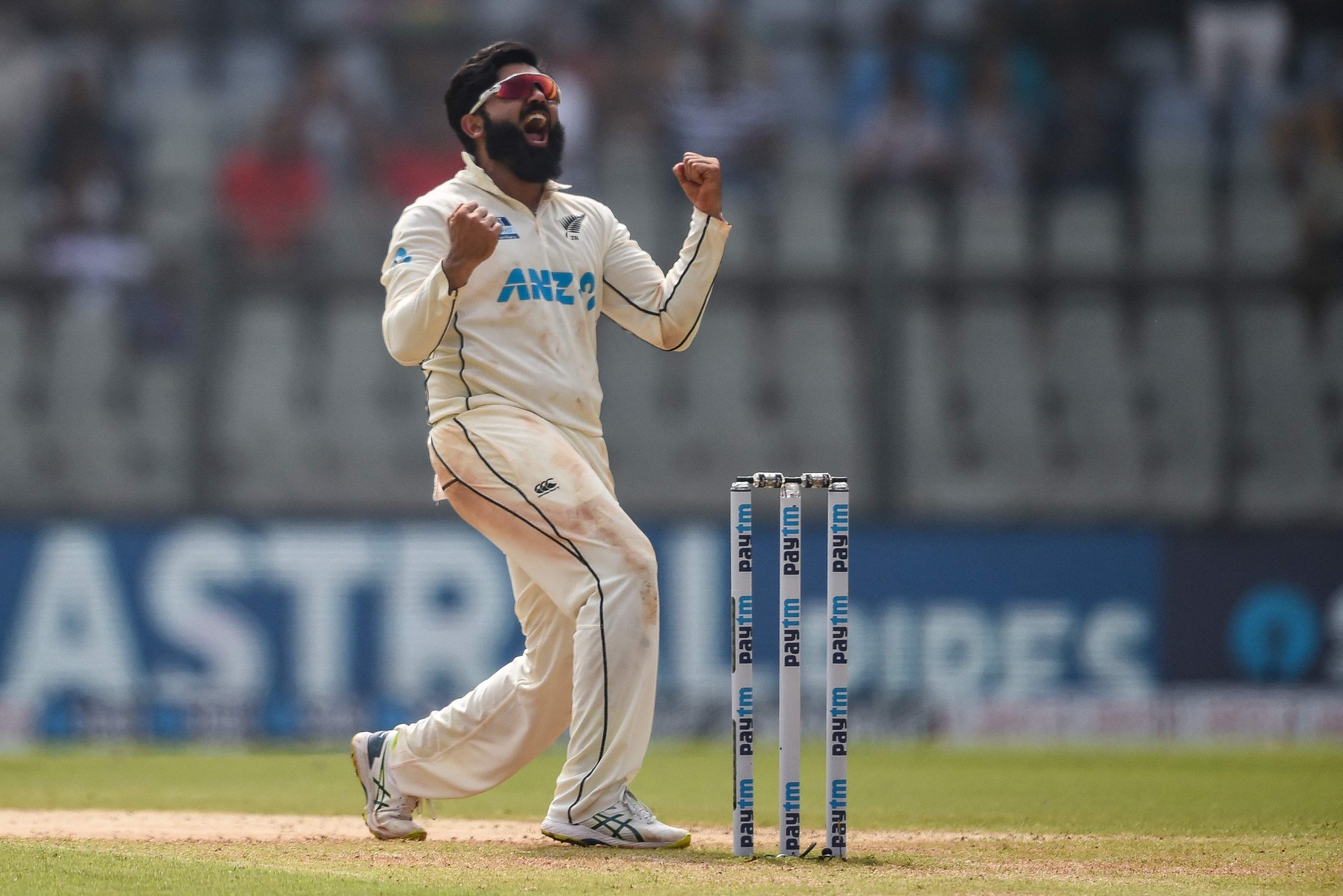 Kiwi chocolates from relatives in New Zealand got a young Ajaz Patel excited. As an eight-year-old, the thought of having more chocolates was enough to help him move from Mumbai, where he was born, when his family decided to move to New Zealand.

Returning to the city of birth for the first time as an international cricketer, Patel rewrote record books, picking up all the ten Indian wickets to fall in the first innings to bowl the hosts out for 325 on Saturday in the second Test at the Wankhede Stadium.

Patel has come with family to Mumbai. For holidays. This trip was different. He was to be the ‘away’ guy at ‘home’. And that made him emotional.

“I have come to the Wankhede for a lot of IPL games, thanks to Mitch McClenaghan. He has been very kind every time I have come here,” said Patel, after arriving in Mumbai ahead of the Test match.

“I have also bowled here a few times, training and stuff like that. It is kind of nostalgic being here. I just have to cope with not being able to see the family.”

Having already picked all four wickets that India lost on Day One, Patel started the second day by trapping Wriddhiman Saha with an arm ball. The very next ball was a peach to get rid of Ravichandran Ashwin, a good player against spin. The left-arm spinner tossed it up, getting Ashwin lunging forward. The pitch at the Wankhede then aided Patel, as the ball dipped and spun past the bat to disturb the stumps.

Welcome to the club #AjazPatel #Perfect10 Well bowled! A special effort to achieve it on Day1 & 2 of a test match. #INDvzNZ

Patel is a workhorse, as was evident when he bowled unchanged for 24 overs on Friday. He had dismissed Shubman Gill, Cheteshwar Pujara, Virat Kohli and Shreyas Iyer then. In fact, he got the first three wickets in the space of 16 balls.

“This is what dreams are made of. To be out here and pick up four wickets on the first day is pretty special,” Patel had said after his four-for on Day One.

“We have got more bounce than we had in Kanpur. So as a spinner you still want to bowl and work hard and put it in the good area for a long time.”

Patel was set to put in the hard yards, as he had done throughout his career.

He was a late bloomer, making his New Zealand debut at the age of 30. Having turned to spin from being a fast bowler, Patel toured UAE to play against Pakistan in 2018 and spun the Black Caps to a win on debut. It is not often that Pakistan are tamed in Abu Dhabi. He returned 13 wickets in the three-Test series, which New Zealand won.

Incredible achievement as Ajaz Patel picks up all 10 wickets in the 1st innings of the 2nd Test.

He becomes the third bowler in the history of Test cricket to achieve this feat.#INDvNZ @Paytm pic.twitter.com/5iOsMVEuWq

But Saturday was different. Mayank Agarwal was batting on a different plane. He had rescued India twice on the first day to take them to safety. He had just got to 150 for the third time in Tests. He has four tons.

“I almost got him a few times today,” Patel had exclaimed after the first day. He finally did get him with a sharp turned that Agarwal nicked.

Axar Patel offered resistance to bring up his maiden Test fifty. But Patel then had his man to pick up his eighth. His last two wickets to complete the record haul involved batters’ help. After all, when two batters hole out in a Test match within a space of four balls, towards the end of a 13-over spell, it is just reaping the rewards of rolling your arm over for 47.1 overs before that.

It’s a dream come true, indeed, for Patel. He loved chocolates when he moved to New Zealand. His love and knack of picking up wickets brought him back ‘home’ to Mumbai.

Some kinda scorecard for @AjazP!

He joins cricketing royalty as only the third bowler in the history of Test Cricket to take all ten wickets in an innings. Just WOW.