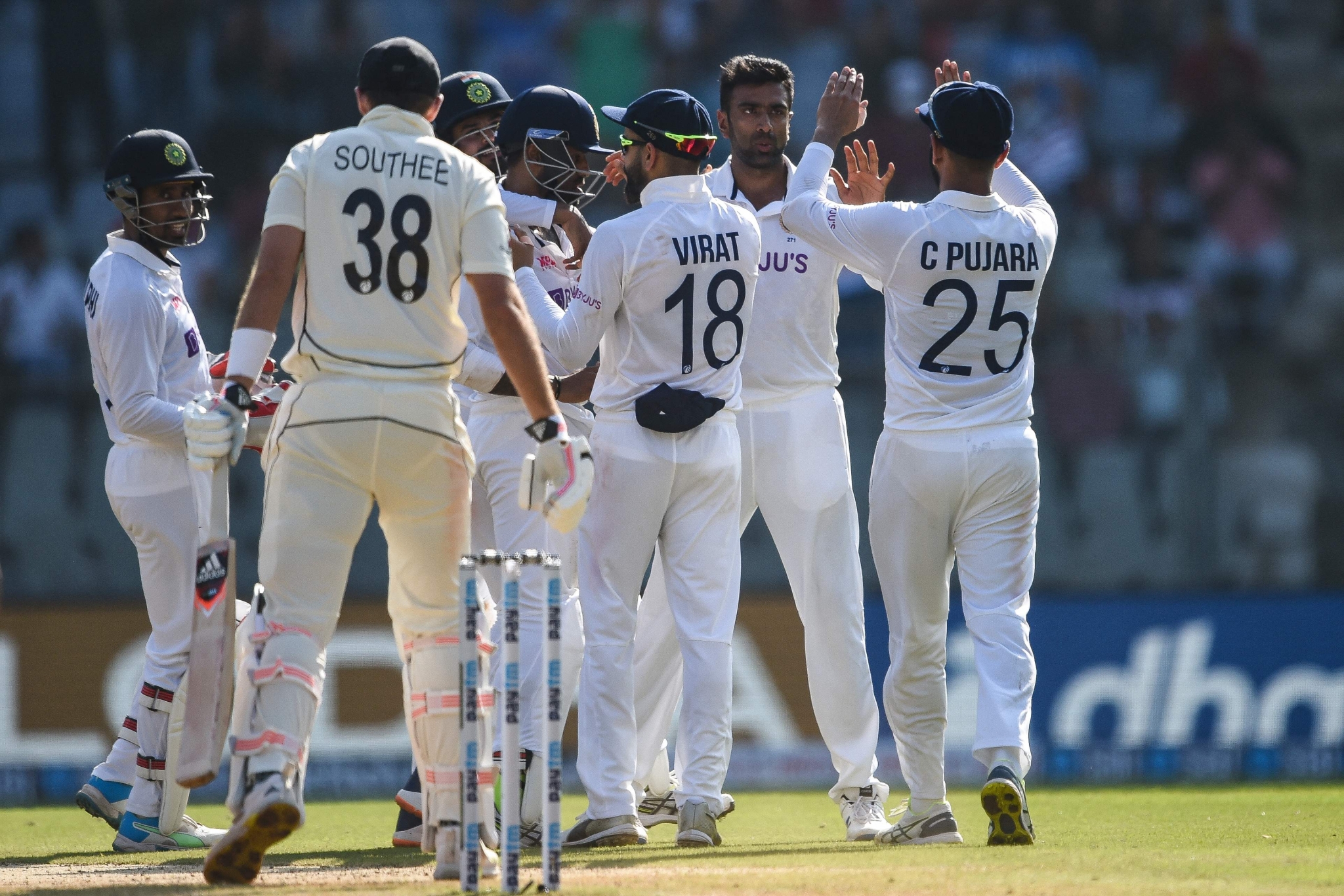 Ravichandran Ashwin picked four wickets and Mohammed Siraj returned three as India bowled New Zealand out for 62 on Day Two of the second Test at the Wankhede Stadium in Mumbai on Saturday.

Siraj began the slide for New Zealand from his second over. He first had Will Young (four) caught at slip before dismissing Tom Latham (10) and Ross Taylor (one) off successive balls.