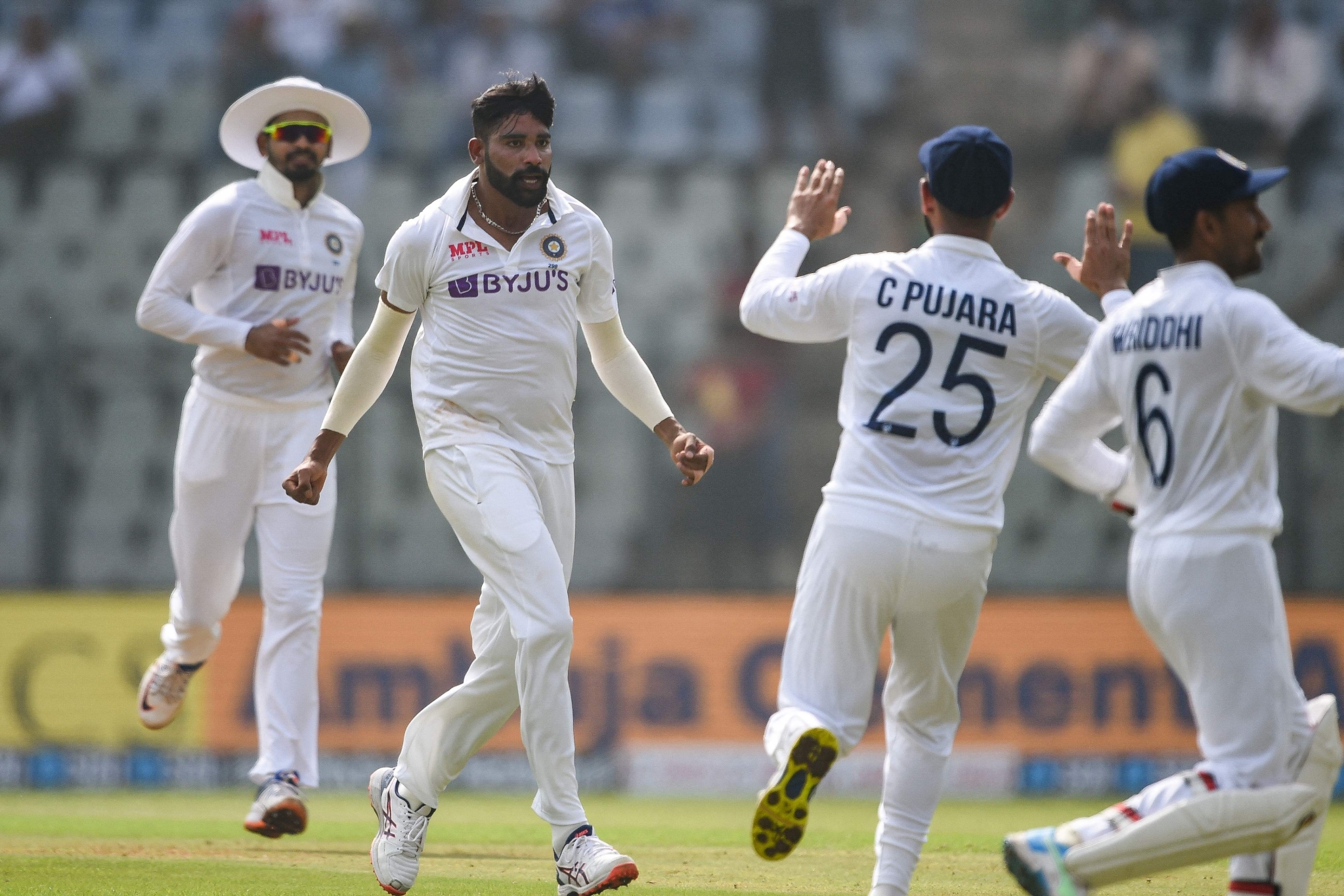 It was a session to remember for Ajaz Patel but a one to forget for New Zealand. While Patel picked up four wickets in the session to bowl India out for 325, thereby becoming only the third player to pick ten wickets in an innings in a Test, the tourists lost half their side in response to be placed 38 at for six.

Patel dismissed Mayank Agarwal, who scored 150, in the second over after Lunch. Axar Patel then scored a maiden Test fifty before padding one to a spinning ball to Patel. He was given out on review and had to walk back for 52.

Jayant Yadav and Mohammed Siraj then perished to wild shots to hand Patel his ten wickets in the innings.

In reply, India were in business right from the fourth over, when Mohammed Siraj struck. Will Young (four) was the first to fall to his pace, getting out caught at slip.

Tom Latham, who scored fifties in both innings of the first Test, then pulled a bouncer straight to fine leg to be dismissed for ten. New Zealand were left reeling at 15 for two after four overs.

Siraj's pace was too hot to handle for Ross Taylor (one), who had his stumps rearranged. Axar, Ravichandran Ashwin and Jayant Yadav also got themselves in the wickets column by the time Tea was called.