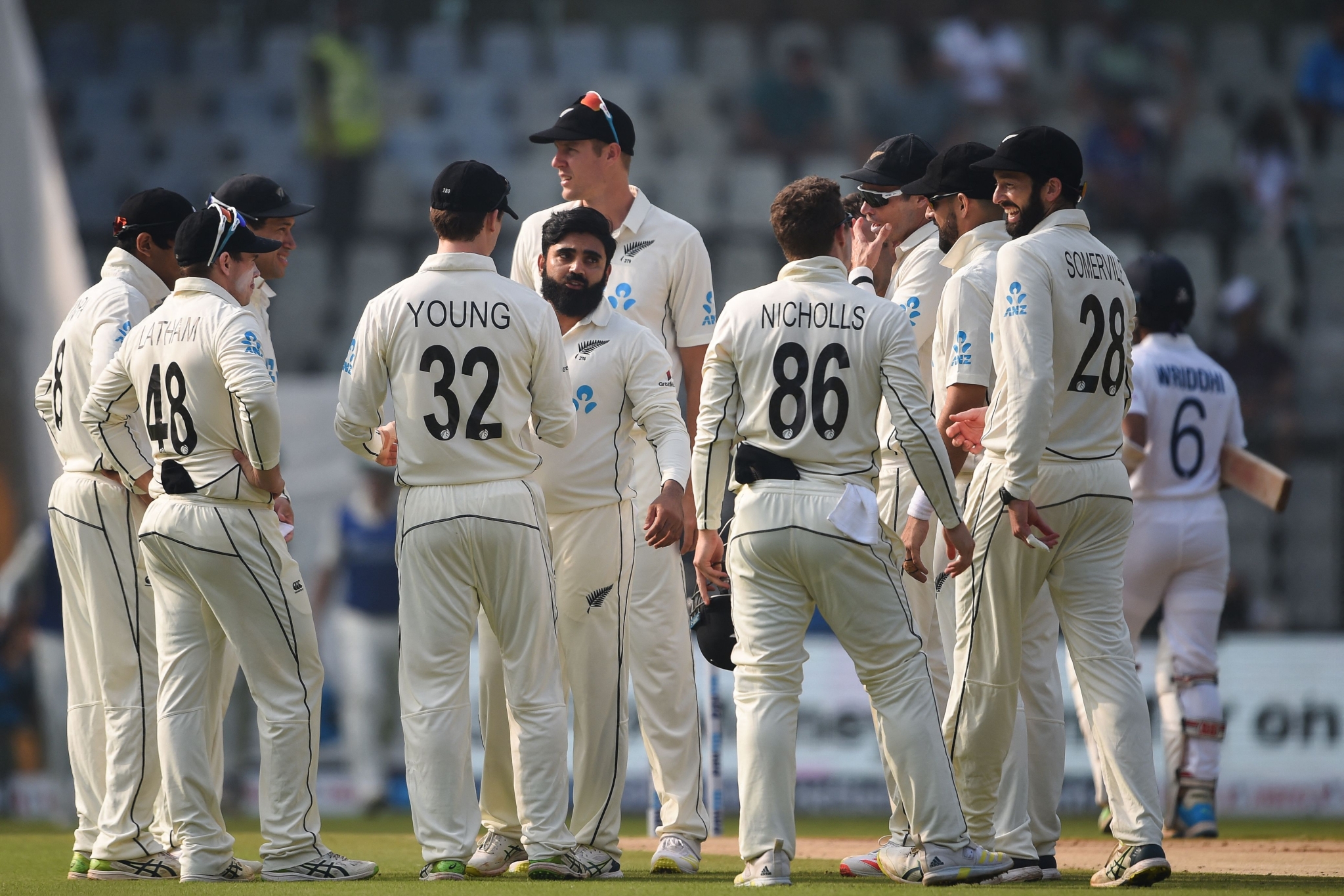 Ajaz Patel picked all ten wickets in India's first innings, becoming only the third bowler to do so in Test cricket, helping New Zealand bowl the hosts out for 325 on Day Two of the second Test at the Wankhede Stadium in Mumbai.

Patel had picked the four wickets that fell on the first day before resuming his Indian run on Saturday. He began by dismissing Wriddhiman Saha and Ravichandran Ashwin off successive balls.

Mayank Agarwal, resuming the day at 120, combined with Axar Patel to then keep the tourists at bay for 67 runs and 168 balls. Agarwal began steadily and reached 150. However, he got a ripper from Patel that squared him up, getting out caught behind at that exact score.

Axar, at the other end, cautiously batted to bring up his maiden fifty in international cricket. However, he tried to pad a loopy ball outside off to be rapped in front. The on-field umpire ruled it not out before a DRS use helped Patel pick his eighth.

Earlier, a couple of 80-run stands on Day One had helped India maintain respectability. Shubman Gill (44) added 80 with Agarwal, who then added another 80 with Shreyas Iyer (18).