IND vs NZ, 2021: New Zealand to train in Kolkata ahead of Kanpur Test against India 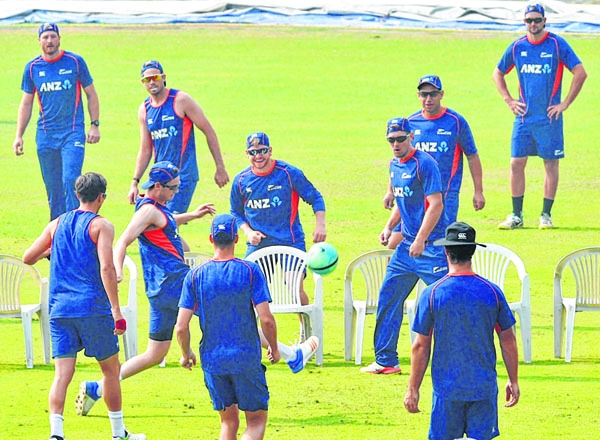 New Zealand have chosen Kolkata as their practice venue to prepare for the two-match series against India that will mark the start of a new cycle for the World Test Championship (WTC).

The Kane Williamson-led side will practice at the Jadavpur University second campus ground at Saltlake before going to Kanpur for the first Test, scheduled to begin from November 25.

Mumbai will host the second and final Test from December 3.

A two-member Kiwi recce team visited Eden Gardens which will host the third and final Twenty20 against India on November 21.

"The recce team expressed satisfaction after seeing the facilities and bio bubble arrangements norms at the venue," Avishek said.

"We understand the importance of the safety of the players. We have the experience of holding matches in bio-bubble and will make sure that everything is in place," CAB secretary Snehashis Ganguly said.

The T20I will mark the return of international cricket to Eden Gardens which last hosted the Day/Night Test between India against Bangladesh in November 2019 before the pandemic struck.

The state government has allowed a 70 per cent capacity for the first match which would mean about 40,000 fans can come to the stadium to watch the contest.

The Eden will also host the West Indies team for the third and final match of the ODI series on February 12 next year.