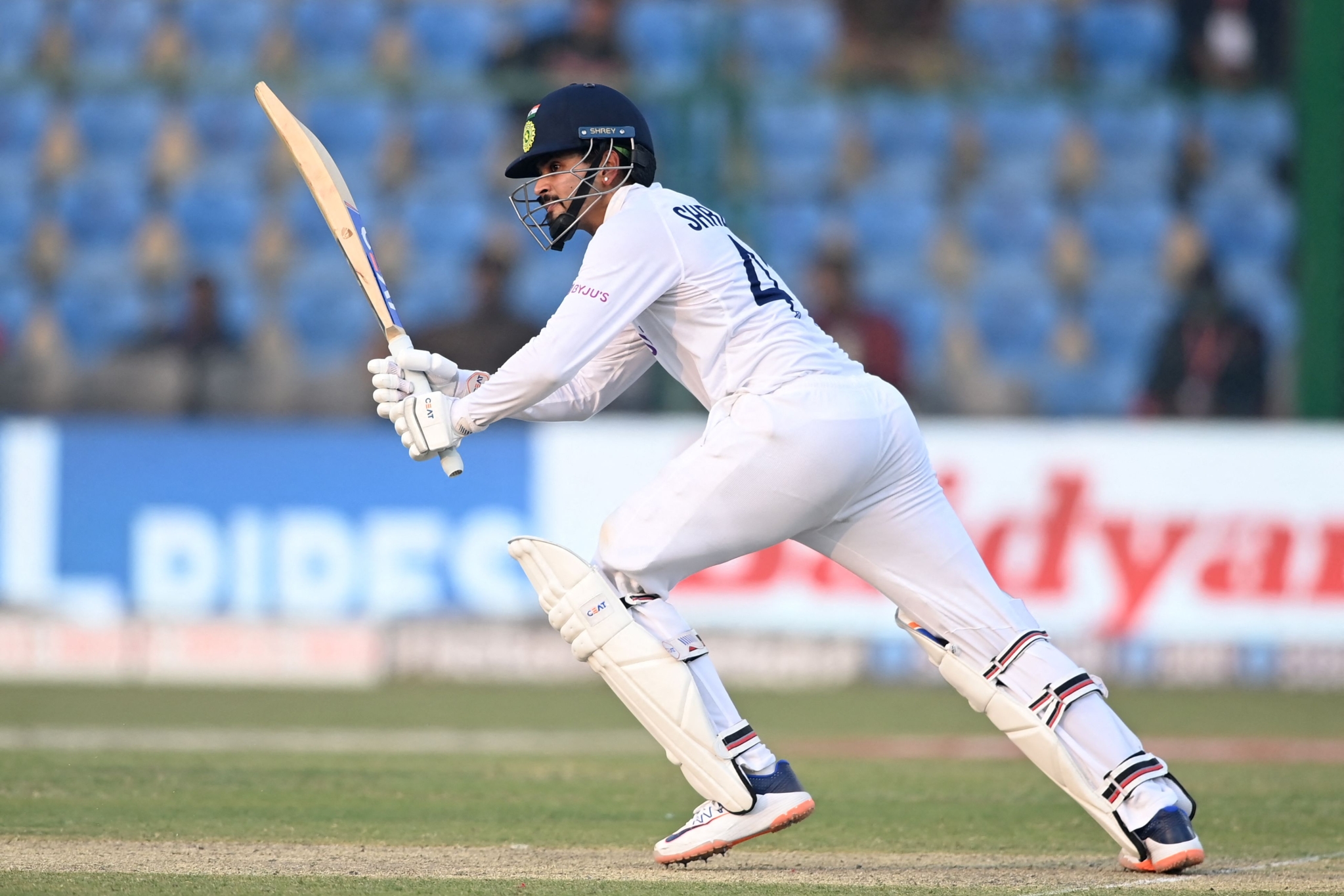 India's Shreyas Iyer plays a shot during the first Test cricket match between India and New Zealand at the Green Park Stadium in Kanpur on November 25, 2021. | (Photo by Sajjad HUSSAIN / AFP)

In social media idiom, Shreyas Iyer can be called loud and trendy. Dancing reels, hairstyles, trendy clothes, you’ll find it all on his profile. And so, the announcement of his Test debut was unlike what India normally does -- playing cards close to the chest, hush-hush affair, revealing it only before the toss. Naah!

On the eve of the first Test match between India and New Zealand at the Green Park in Kanpur, captain Ajinkya Rahane confirmed that Iyer would be making his debut. A loud and emphatic announcement. Much like Iyer’s style: the 26-year-old announced his arrival in Test cricket with an unbeaten 75 on Day 1 on Thursday.

In an ODI against England in Pune earlier this year, Iyer had dislocated his shoulder and had to be out of action for close to six months. He underwent surgery in the UK and had to miss the first half of the IPL 2021 as well as the stint with Lancashire in the Royal London Cup, the 50-overs contest in England. He underwent rehabilitation and made a comeback in the UAE leg of IPL 2021.

Against New Zealand, Iyer walked in with the team in a spot of bother at 106 for three. The run-rate was under three and Tim Southee was in his groove. At the other end, Kyle Jamieson, who has an average of 13.42 against India, was in rhythm too. He soon dismissed Rahane for his third scalp.

However, Iyer, like his social media profile, was fearless and trendy. The whips, sweeps and scoops against spinners were on show as he nonchalantly batted his way to a maiden fifty on debut. In company of Ravindra Jadeja (50 not out), he added an unconquered 113 for the fifth wicket.

Sunil Gavaskar, Pravin Amre, Rohit Sharma, Prithvi Shaw and now Shreyas Iyer are the Mumbai players to score fifty on their Test debut. Amre, Sharma and Shaw converted theirs into a ton. On Day 2, it will be Iyer’s turn to do so.

And social media will then ensure that Iyer trends.