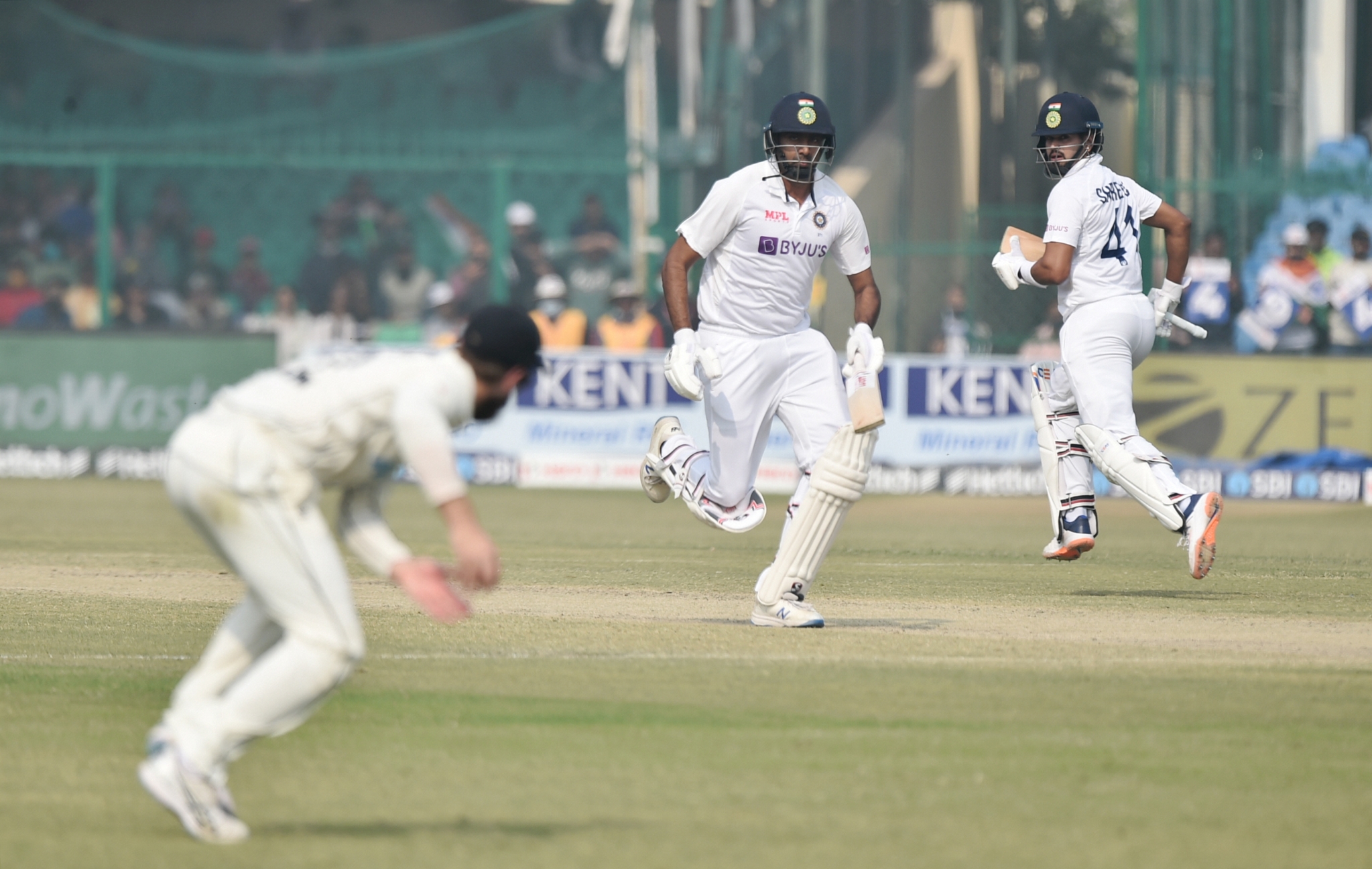 India declared their second innings at 234 for seven, thereby setting New Zealand a target of 284 on day four of the first Test in Kanpur on Sunday. Shreyas Iyer and Wriddhiman Saha scored fifties while Ravichandran Ashwin contributed with a crucial 34.

Saha scored a fifty in Tests for the first time since August 2017, walking in at eight. He didn't keep wickets on Day 3 because of a stiff neck. But on the penultimate day, he added 64 first with Iyer and then an unbroken 67 with Axar Patel (28 not out).

Tim Southee's strikes in the morning had reduced India to five for 51 with a lead of merely 100. Iyer then added 52 with Ashwin to get India back on track.

Kyle Jamieson also picked up three wickets for the Kiwis, alongside Southee.