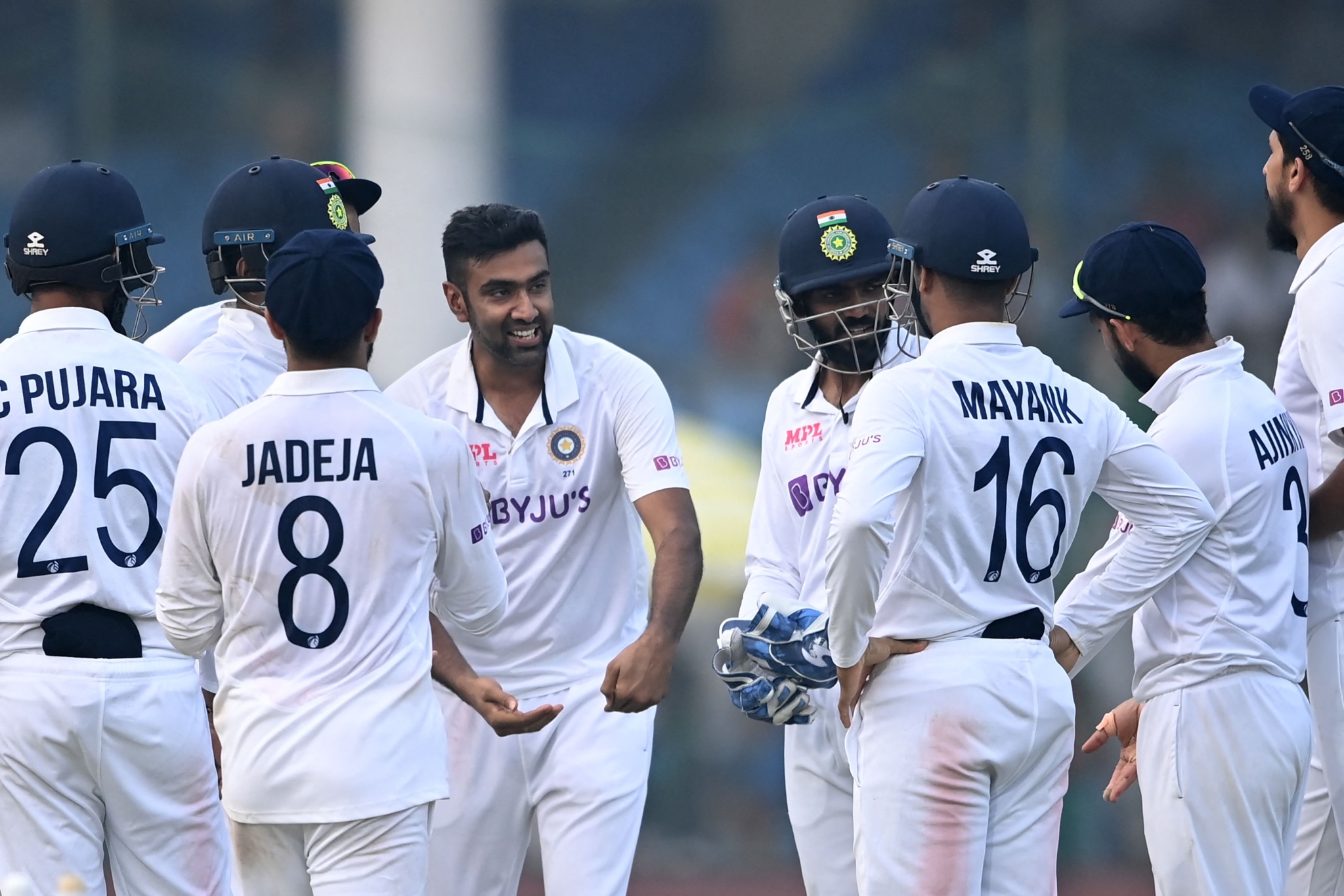 Ravichandran Ashwin and Ravindra Jadeja picked seven wickets between them before Rachin Ravindra (18 not out) and Ajaz Patel (two) batted valiantly to defy the bowlers on the final day of the first of the two-Test series between India and New Zealand at Green Park in Kanpur on Monday. Both teams head to Mumbai 0-0 with all to play for.

New Zealand began the day strongly, with a wicketless first session. Tom Latham and Will Somerville, the overnight batters, kept India's bowlers at bay before Umesh Yadav struck on the first ball after Lunch. Somerville pulled a shot ball to fine leg to be out for 36.

But Latham continued to play the waiting game, bringing up his 22nd half century in Tests and his second in the match. But Ashwin got rid of him, aided by some low bounce. Latham tried to force the issue through the off side and only ended up playing it on for 52.

Jadeja then trapped Ross Taylor (two) in front and it seemed the writing was on the wall for New Zealand.

Post Tea, Patel and Jadeja dismissed Henry Nicholls (one) and Kane Williamson (24). The Kiwi skipper's wicket, at that time, seemed the last nail. But Tom Blundell and Rachin Ravindra stay put for close to ten overs. Ashwin then had Blundell (two from 38 balls) playing off, with the ball bouncing on to the stumps after hitting the crack on the crease.

Ravindra then found an ally in Kyle Jamieson, before Jadeja struck for the third time. Tim Southee's stay in the middle was short. But Ravindra and Ajaz Patel ensured that there's all to play for when the teams land in Mumbai.

There were eight minutes left when the play was called off but bad light came into play and the teams shook hands. It was a great escape for New Zealand.