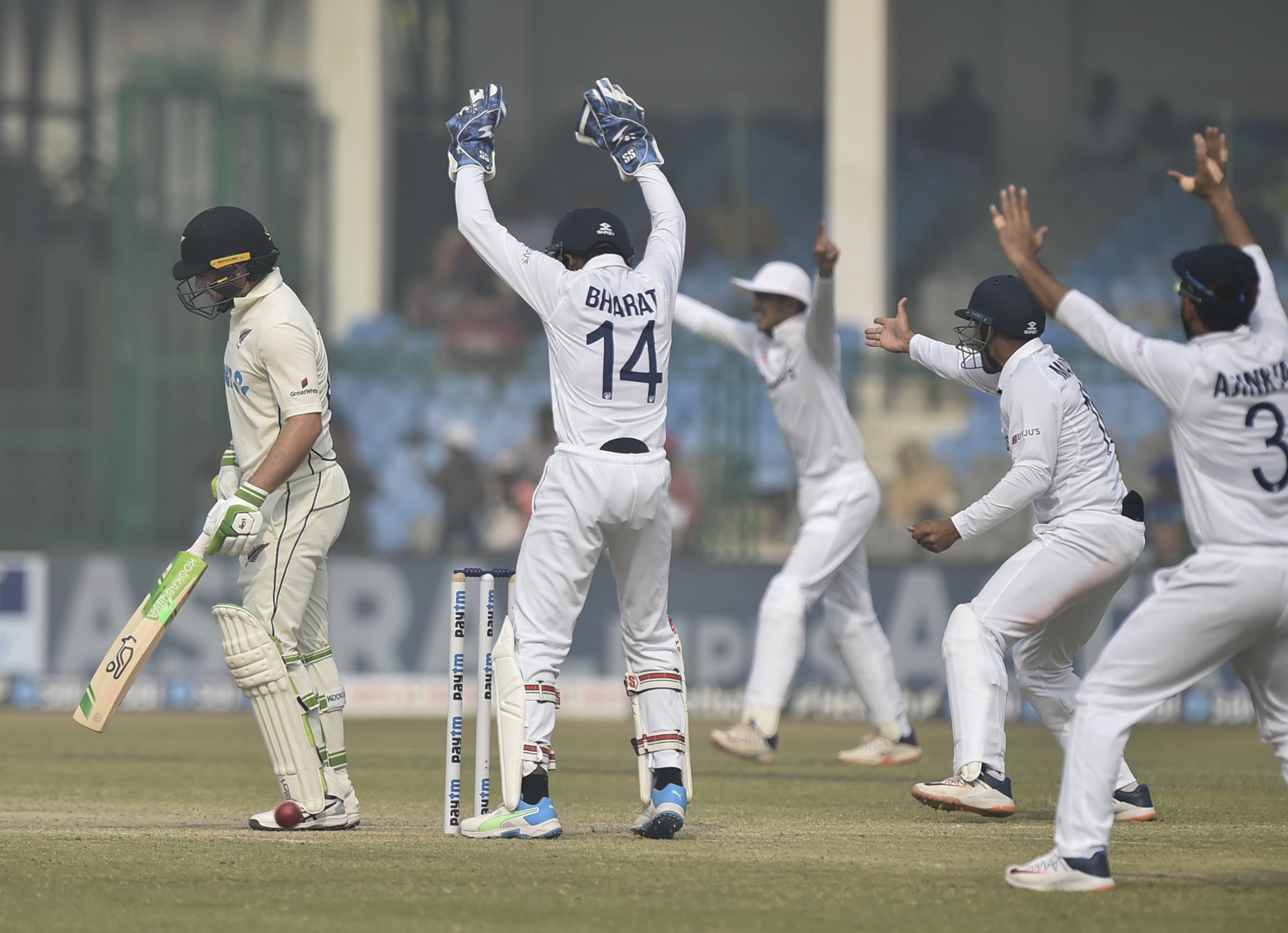 India celebrate the dismissal of Tom Latham in the first Test against New Zealand. | Photo: PTI

Umesh Yadav, Ravichandran Ashwin and Ravindra Jadeja picked a wicket apiece in the second session as New Zealand were pegged back after a wicketless opening session of the final day in the first Test against India in Kanpur on Monday. The tourists still need 159 with six wickets in the bank.

Yadav struck on the first ball of the session. He bowled a bouncer from round the stumps to Will Somerville, who after a watchful first session, went for the pull and found Shubman Gill running in from fine leg.

Tom Latham, meanwhile, continued steadily, bringing up his second half century in the Test, 22nd overall. But an Ashwin ball stayed a bit low and Latham ended up getting an inside edge on to the stumps after looking to play it through covers.

Kane Williamson and Ross Taylor then played out time and overs before the latter was trapped in front for two by Jadeja.