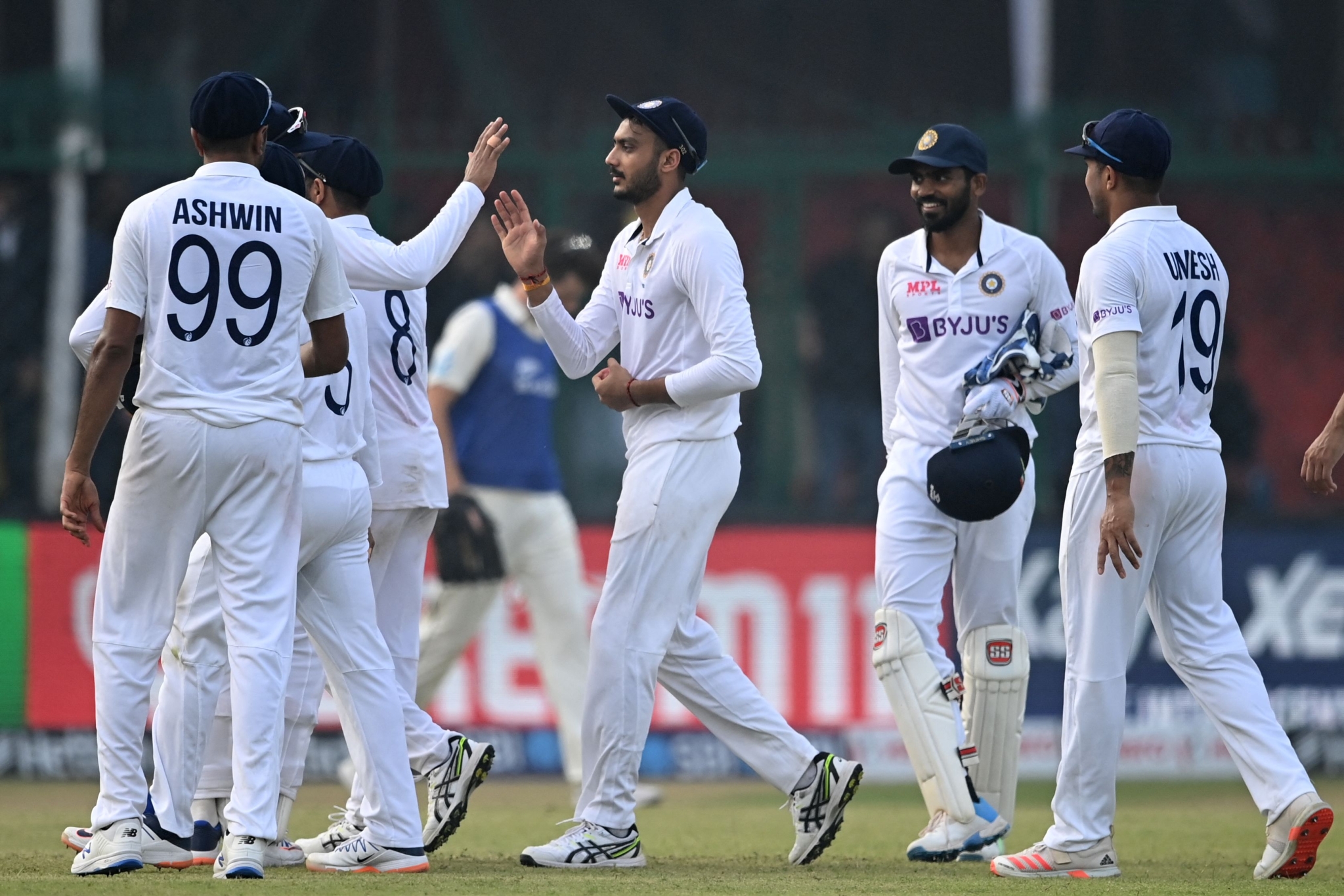 Axar Patel and Ravichandran Ashwin picked eight wickets between them as India dismissed New Zealand for 296 and then ended Day 3 at 14 for one, 63 runs ahead in the first Test in Kanpur on Saturday. The hosts lost Shubman Gill, who scored 52 in the first innings, for one in the second innings.

Starting off the second innings with a 49-run lead, India lost their first wicket as Gill was clean bowled by an incoming delivery from Kyle Jamieson, hitting the top of off-stump. The dismissal also made Jamieson the fastest New Zealand pacer to reach 50 Test wickets in nine innings, breaking former speedster Shane Bond's record which, he had achieved in 12 innings. Cheteshwar Pujara got some boundaries while Mayank Agarwal was cautious in taking India to safety till stumps were called.

Earlier, Patel continued the momentum he got from picking three wickets in the second session, sneaking one past Tom Blundell's defence with low bounce. He then completed his fifth five-wicket haul in Test cricket by surprising Tim Southee with an angled-in delivery, which spun past the bat to leave the stumps shattered.

Jamieson, who showed some resistance in his 75-ball stay, miscued a slog to Patel at deep mid-wicket off Ashwin in the 139th over. Four overs later, the off-spinner had William Somerville clean bowled to wrap up New Zealand's innings.