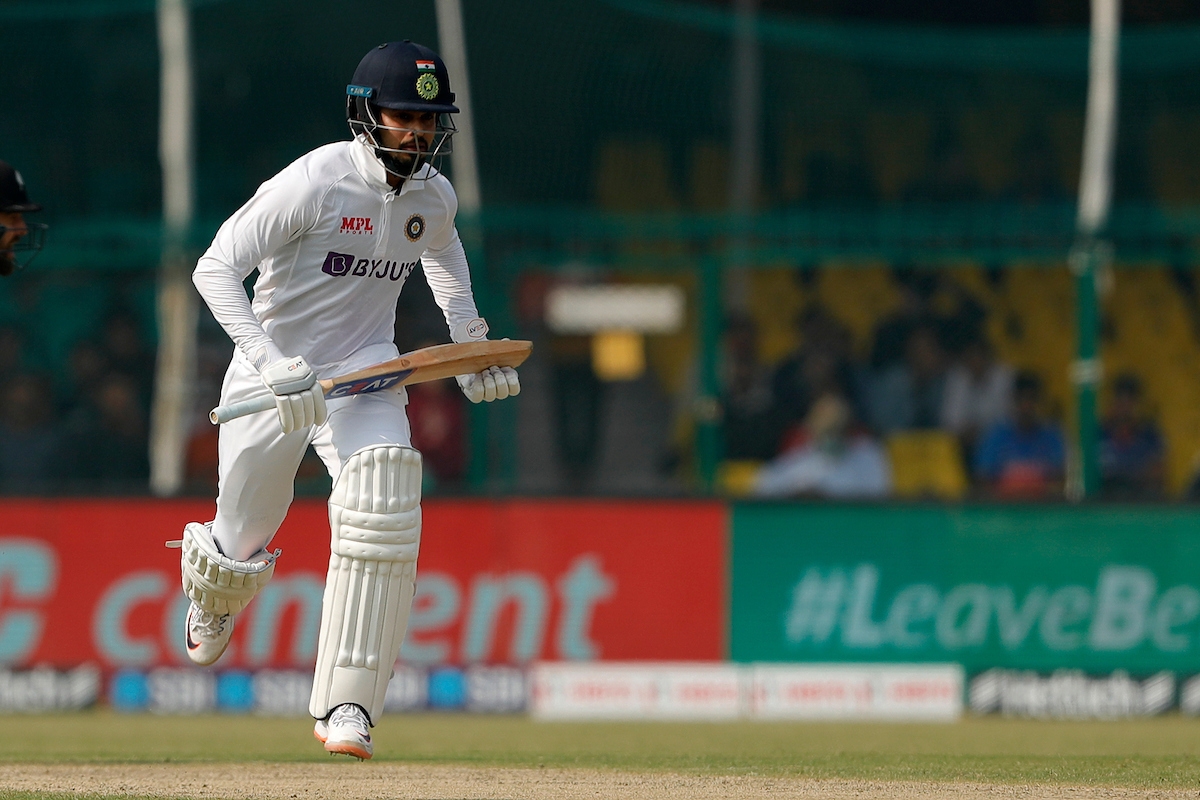 India's latest Test player, Shreyas Iyer, struck a fine half century on debut as kept the team on course in the first Test against New Zealand at the Green Park in Kanpur. He pushed a Tim Southee ball to the on side to bring the landmark.

India were comfortably placed at 215 for four at Drinks after 72 overs.

FIFTY!@ShreyasIyer15 brings up his maiden Test 50 on his debut game 👏👏

Iyer was handed his maiden Test cap by Sunil Gavaskar, earlier in the morning. That was perhaps possible after KL Rahul was ruled out due to injury. It resulted in Shubman Gill opening the batting instead of batting in the middle-order, as were the talks.