IND vs ENG: Has India ever won a Test series in England? 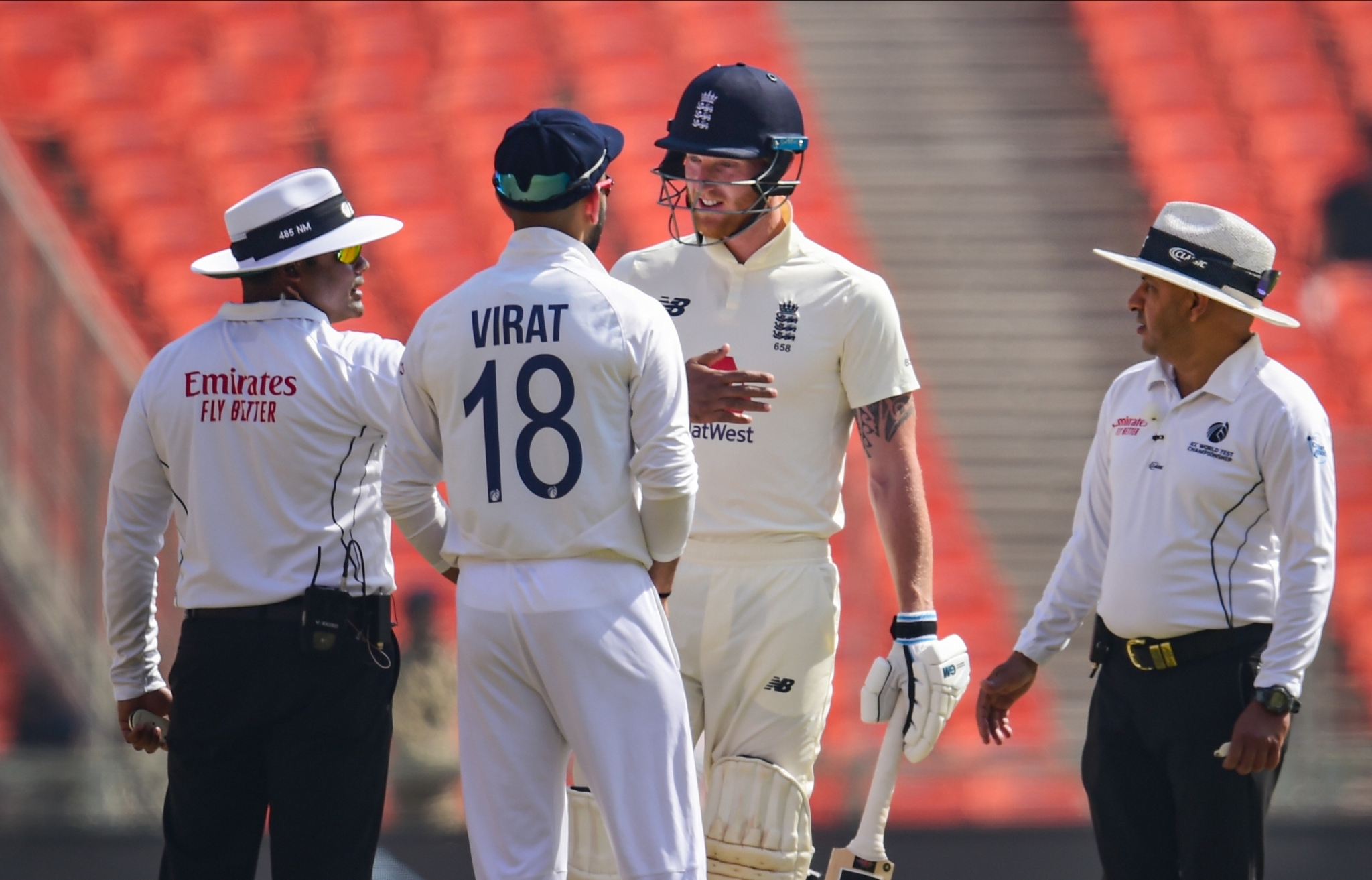 Ahmedabad: On-field umpires intervene as Indian skipper Virat Kohli and England all-rounder engage in an argument, during first day's play of the 4th and last test match of the series between India and England, at Narendra Modi Stadium in Ahmedabad, Thursday, March 4, 2021. | (PTI Photo)

New Zealand tasted success a month ago after an endless wait by defeating India in the final of the inaugural ICC World Test Championship (WTC) and now after a month break, Virat Kohli-led Team India would get ready for action again. India would take on England in the first of the five-match Test series, starting August 4. The series will mark the only five-match series in the two-year cycle alongside the Ashes later this year. The first Test will be played in Nottingham.

The last time India played a Test match at Trent Bridge, they emerged victorious, with Virat Kohli's 97 and Ajinkya Rahane's 81 helping the team up a decent show with the bat. Hardik Pandya and Jasprit Bumrah had claimed a five-wicket haul as India defeated England by 203 runs during the 2018 tour.

While India has not impressively bagged trophy for many times so far, lets take a look at the joyous moments that made country proud while facing England in the foreign soil

It took 39 years for India to win its first Test match in England. The trio of Bishen Bedi, BS Chandrasekar and S Venkataragahavan took 38 wickets during the three-match series.

Captain Wadekar led the way with the bat scoring 45 runs while Dilip Sardesai (40), Gundappa Viswanath (33) and Farokh Engineer (28) made useful contributions as India chased down the target in 101 overs with 4 wickets in hand. The whole nation celebrated the win back home as Wadekar lifted the trophy.

Quite a dramatic and nail biting win, Kapil Dev led a strong Indian team in England and beat them convincingly as the visitors clinched the series 2-0. The first win came at the iconic Lord's Cricket Ground when England got bundled out for 294 and 180 in both innings with Chetan Sharma picking up a five-wicket haul in the first innings and Kapil Dev leading by example in the second with 4 wickets. Dilip Vengsarkar's unbeaten 126 in the first innings was also one of the highlights of the match as India won by 5 wickets to claimed its maiden victory at the Mecca of cricket and take a 1-0 series lead. 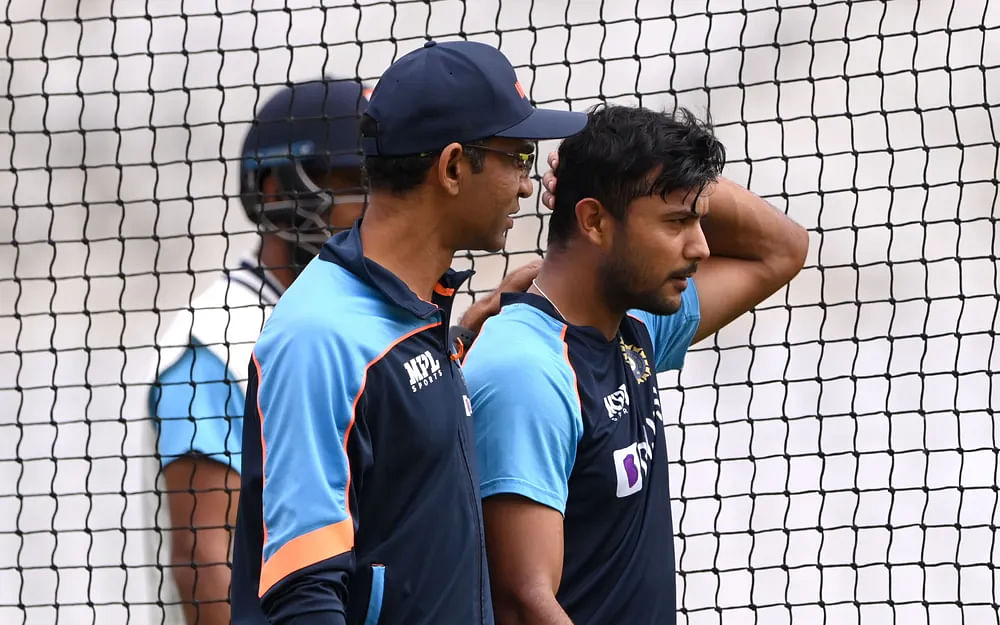 IND vs ENG: Mayank Agarwal ruled out of first Test after being hit on helmet by Mohammed Siraj's...

After the 90s, India's first Test victory in England in the new era took place in 2002 when Sourav Ganguly's team thrashed the hosts by an innings and 46 runs in the third Test at Leeds to level the four-match series 1-1. India crossed the 600-run barrier for the first time against England as Sachin Tendulkar (193), Rahul Dravid (148) and Sourav Ganguly (128) ripped apart the English bowling attack to declare the first innings on 628 for 8. The bowlers then led India to victory with Anil Kumble leading the way with 7 wickets in the match while Harbhajan Singh (4), Zaheer Khan (3) and Ajit Agarkar (2) played the supporting roles.

Under Rahul Dravid, five years after the Leeds victory India repeated history by claiming the series 1-0 by winning the second Test at Nottingham. India took a massive 283-run first innings lead after bowling out the hosts for 198 with Zaheer Khan (4) and Anil Kumble (3) leading the wickets tally.

The third Test at The Oval ended in a draw as Sourav Ganguly lifted the Pataudi Trophy, named in honour of former India captain Mansoor Ali Khan Pataudi. Captain Michael Vaughan's hundred in the second innings couldn't save England's batting collapse as they got bowled out for 355 thanks to some brilliant bowling by a fired-up Zaheer Khan.

MS Dhoni led the Indian team in a five-match Test series and delivered the first blow on the hosts by winning at Lord's for the first time after 1986. Ajinkya Rahane scored one of the greatest hundreds in Indian Test history as he negotiated prodigious swing and seam movement against the likes of James Anderson and Stuart Broad.

Murali Vijay (95), Ravindra Jadeja (68) and Bhuvneshwar (52) then rose to the occasion with the bat in the second innings to help India set a target of 319 for the hosts.

IND vs ENG: Mayank Agarwal ruled out of first Test after being hit on helmet by Mohammed Siraj's...