IND vs ENG: England pile misery on listless India as Joe Root closes in on 3rd ton of series England's captain Joe Root running between the wicket during the day two of the Third Test Match between England and India at Emerald Headingley Stadium in Leeds on Thursday. | ANI

Leeds: Skipper Joe Root batted like a dream while Dawid Malan struck a sublime fifty in his comeback game as England piled misery on India to reach 298 for three at tea on day two of the second Test here on Thursday. Runs came thick and fast for England in the afternoon session as India bowlers appeared toothless, both with old and new ball. The hosts added 116 runs in the session to extend their lead to 220 runs.

Root (80 batting off 94) and Malan (70 off 128) shared a 139-run stand off 189 balls before the southpaw picked up a faint edge while trying to flick Mohammad Siraj at the stroke of tea. Indian pacers, who scripted a memorable win at Lord's, bowled too many boundary balls and the England duo was quick to put them away.

The pitch seems to have eased out considerably for the batsman after India collapsed to 78 all out on day one.

Root, who had been singlehandedly carrying the batting responsibilities, got much need support from Malan, who has made an instant impact in his first Test in three years. Indian bowlers have not been able to trouble Root so far in the series and the skipper scored runs at will on Thursday. He seems to be in the form of his life and reached his 51st fifty off just 57 balls with a gorgeous back foot punch through the covers. 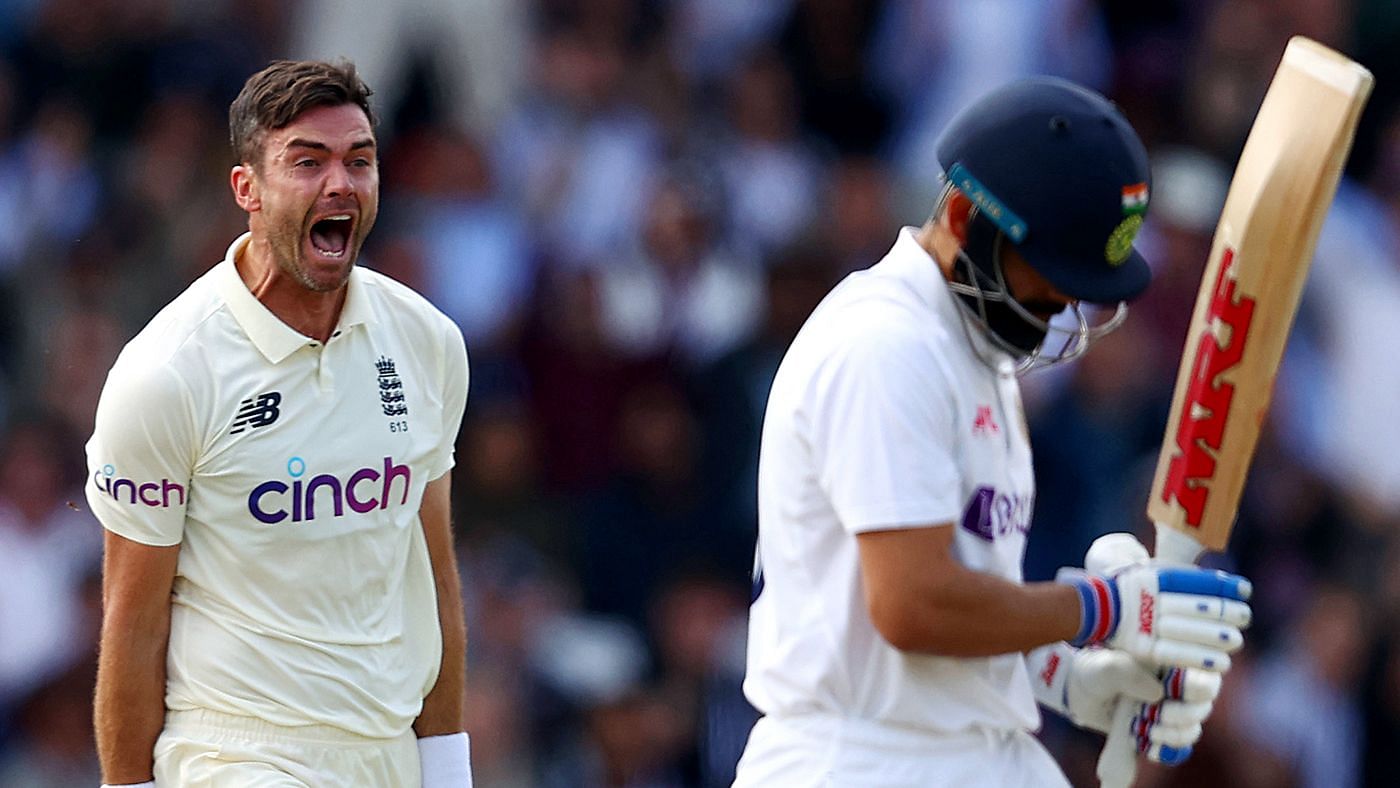 Malan too played some delightful strokes and was brutal as well as elegant on the off-side. Besides the cover drives and rasping cut shots, he also effectively used the glide to third man region. With England looking good to bat India out of the game, the visitors will need to produce something special to bounce back.

England managed to score 62 runs in the session, taking their first innings to score 182 for two having started the day at 120 for no loss. Mohammad Shami looked the most threatening among the four Indian fast bowlers, who did not get enough seam or swing movement for the second day running. Shami, coming round the wicket, removed Rory Burns (61 off 153) in the first hour of play with a ball that nipped back in sharply to hit the top of off-stump.

India got a much needed second wicket against the run of play when Ravindra Jadeja struck in his first over of the day with a beauty.

The left-arm spinner got one to straighten slightly from middle and off-stump to beat a well-set Haseeb Hameed (68 off 195) and kiss the bails for his first wicket of the series.

Ishant Sharma opened the bowling for India and like on Wednesday, did not look at his best and struggled to find the right line and length on the surface. England fast bowlers had bowled much fuller on day one. The Indian attack, which relies on seam more than swing, has not been able to get much movement off the surface.

The accuracy, which England pacers displayed, also has been missing from the Indians.

Mohammad Siraj bowled a couple of looseners in his first over which Malan duly cut to the deep backward point and third man respectively. The southpaw began with an elegant cover drive off Jasprit Bumrah before growing in confidence.

His second cover drive came off Siraj towards the end of the session. 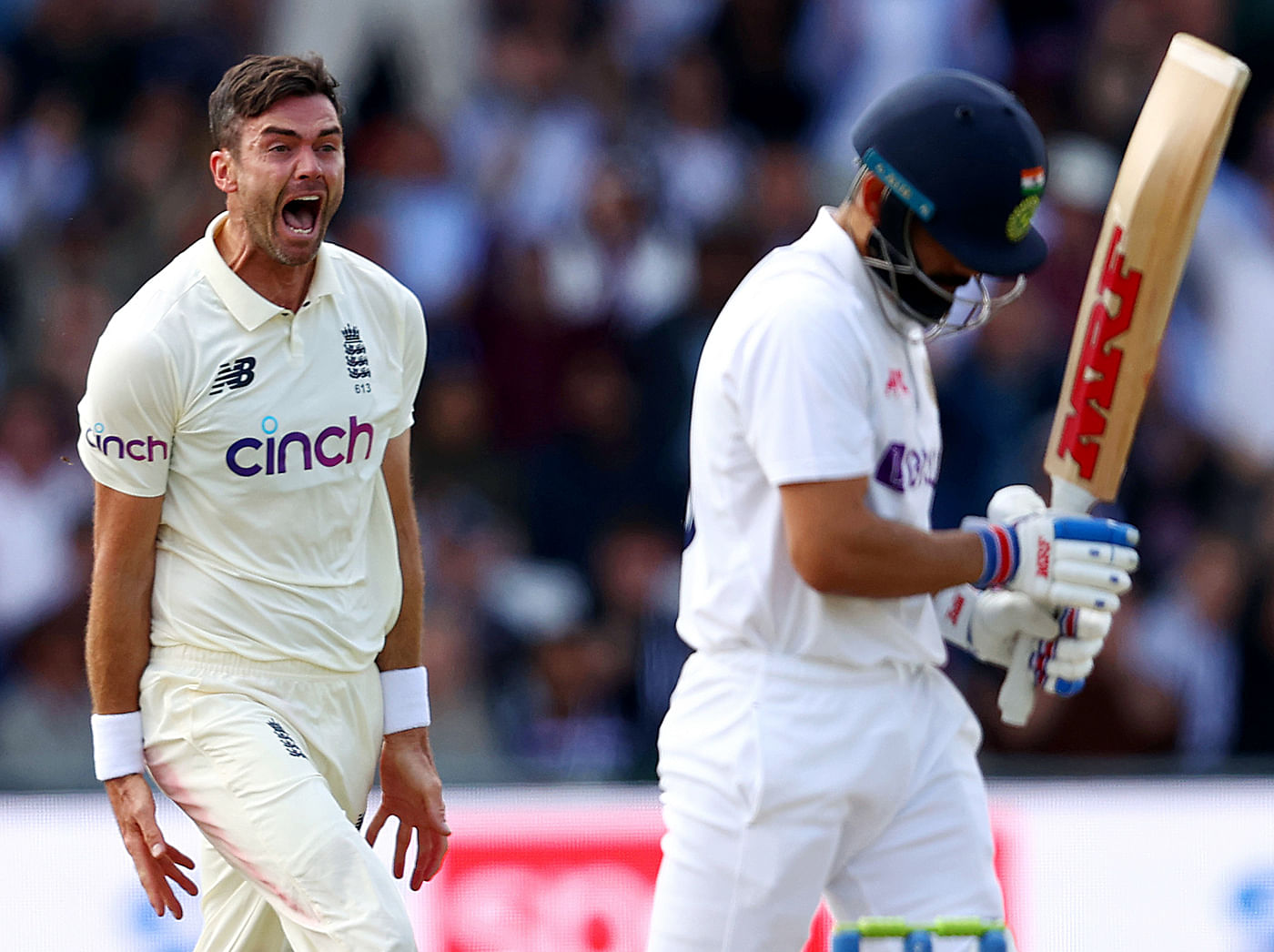