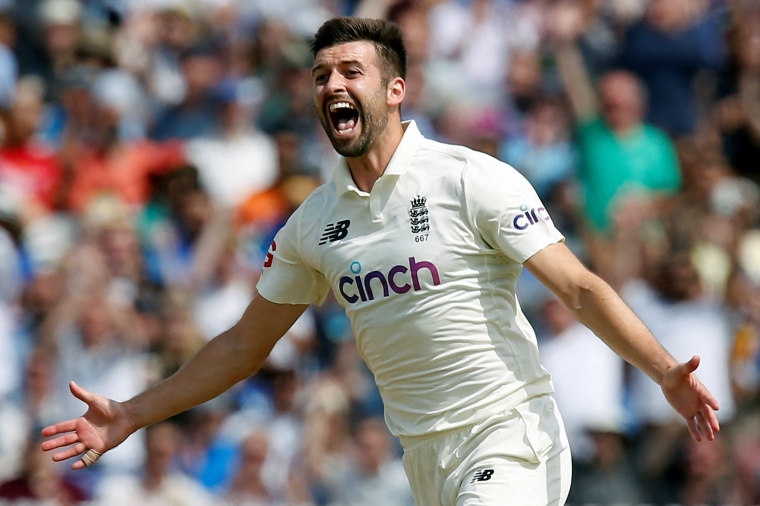 England pacer Mark Wood gets the breakthrough wicket of India's Cheteshwar Pujara during the 4th day of the Second Test match between India and England at Lord's, in London on Sunday. | ANI

England pacer Mark Wood has been ruled out of the third Test against India at Leeds due to a jarred right shoulder. The 31-year-old sustained the injury on the fourth day of the second Test at Lord's while diving to stop a boundary.

Despite Wood returning to bowl on the last day of the Lord's Test, the England and Wales Cricket Board (ECB) announced on Monday that he will not be fit to play in the third Test. Wood had taken five wickets in England's 151-run loss to India at Lord's.

"He will remain with the squad in Leeds and will continue his rehab with the England medical team. The 31-year-old will be assessed at the end of this Test match," said a statement from the ECB.

Wood joins Olly Stone, Stuart Broad, Jofra Archer and Chris Woakes on the injured list. Ben Stokes is still unavailable as he is still on a break from cricket to focus on his mental health.

Wood's absence means that Saqib Mahmood is in line for a Test debut at Headingley. It also puts Craig Overton in contention to get into the playing eleven.

The third Test between England and India starts from Wednesday. India are leading the five-match series 1-0. IND vs ENG| Hold back your horses: Farokh Engineer's advise to Virat Kohli