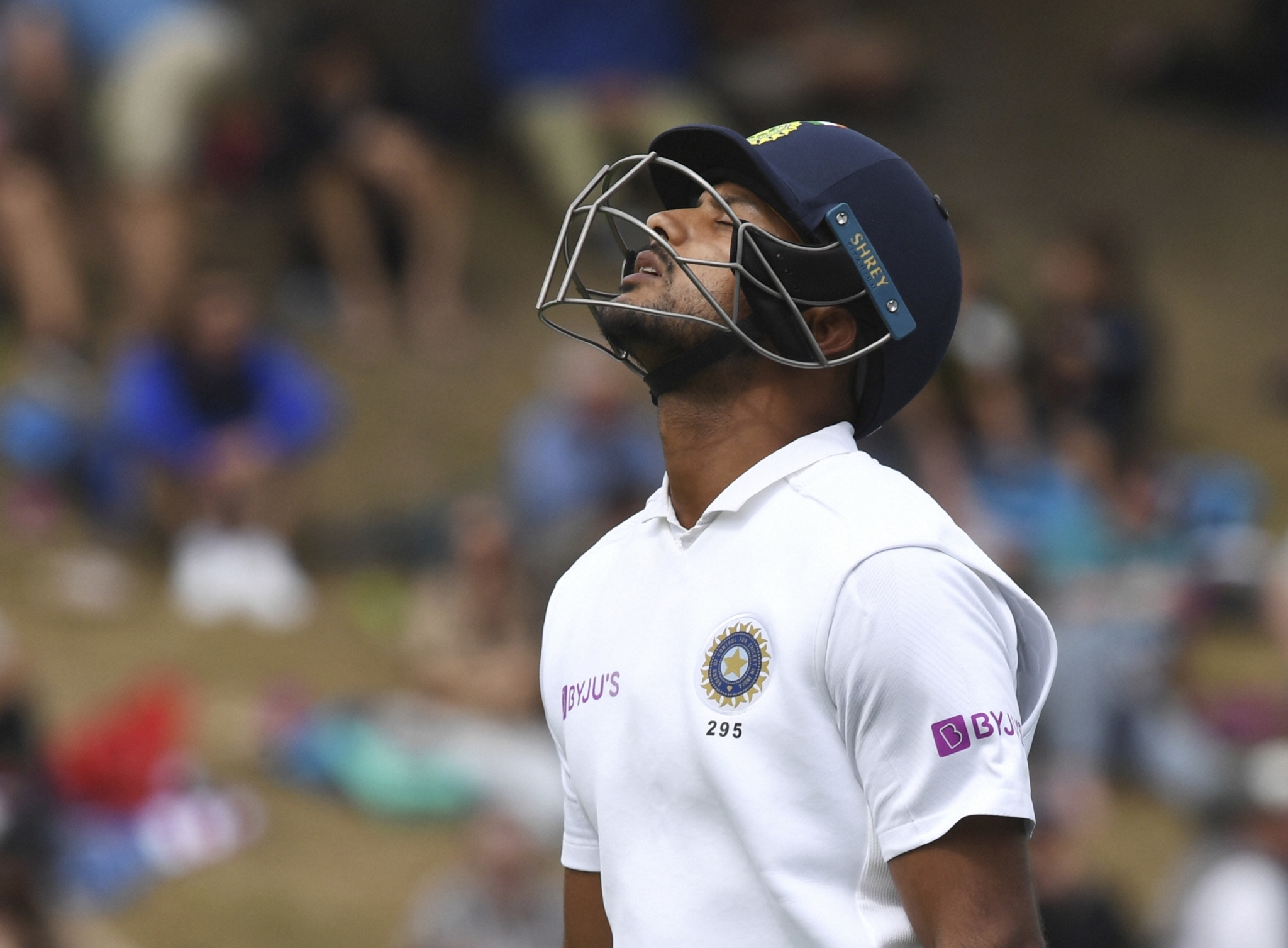 Nottingham: India's opening batsman Mayank Agarwal on Monday was hit on the back of his head by a short ball from teammate Mohammed Siraj during a training session ahead of the first Test against England on Wednesday.

While facing Siraj, possibly the fastest in the current Indian line-up, Agarwal was apparently hit on the back of his head when he took his eyes off a short ball and took a blow on his helmet.

He was in some discomfort after opening the helmet as he sat on the ground with physio Nitin Patel attending him.

He was then seen pressing the back of his head while leaving the nets escorted by Patel.

It is expected that he will have to undergo a mandatory concussion test before being cleared to play the Test match.

In case he is unable to play, KL Rahul, who has mostly opened in Test matches but prefers a middle-order slot these days, could be asked to open. The other option is Bengal opener Abhumanyu Easwaran.