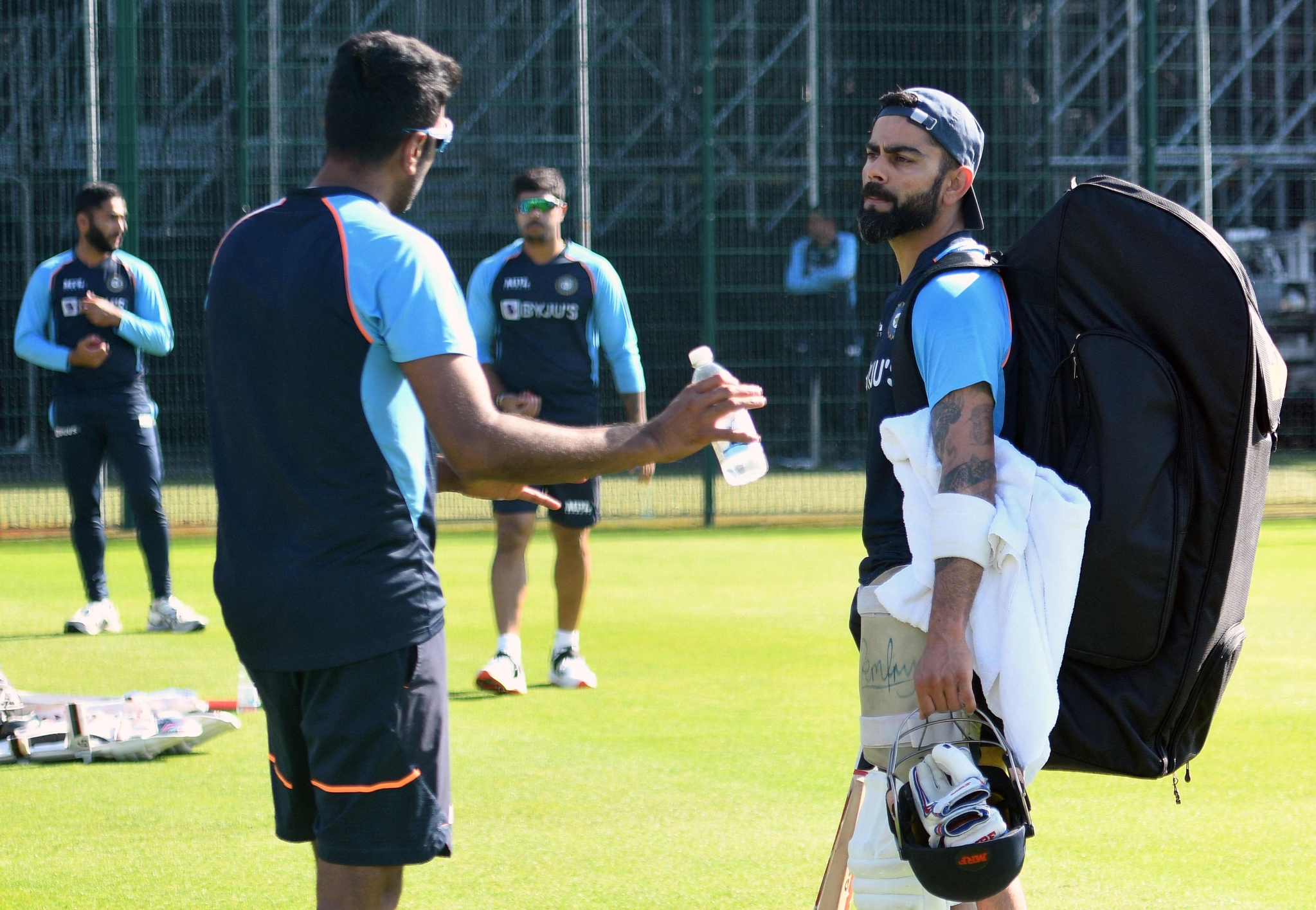 India's Ravichandran Ashwin (L) talks with Indias captain Virat Kohli during a team practice session ahead of the fifth cricket Test match between England and India at Old Trafford in Manchester, north-west England on September 8, 2021. | (Photo by Oli SCARFF / AFP)

Team India's training for fifth and final test series against England has been cancelled after a support staff member tested positive for COVID-19.

The final game of the series, that India leads 2-1, was to start on Friday. This comes days after coaches Ravi Shastri, Bharat Arun and R Sridhar were forced into quarantine in London and missed the fourth Test at The Oval.

Following the positive test of the coaches last week, the entire team had undergone the RT-PCR test. The squad member who tested positive on Thursday was earlier negative.

Though none of the players were found to be positive yet, the further spread of the virus within the team cannot be ruled out since most of the cricketers were in close contact of the support staff all through the last Test.

Having registered an emphatic 157-run win in the fourth Test against England, Virat Kohli and boys have their eyes firmly set on winning the final Test at Manchester to complete a comprehensive 3-1 series win over the Three Lions.

Mohammed Shami was rested for the fourth Test so if Bumrah is indeed rested for the final match, then Shami is the most likely to take his place. Ravichandran Ashwin has not played a single Test this series and now it looks highly unlikely that he would get a chance at Manchester, looking at how Ravindra Jadeja bowled in the second innings of the Oval Test.