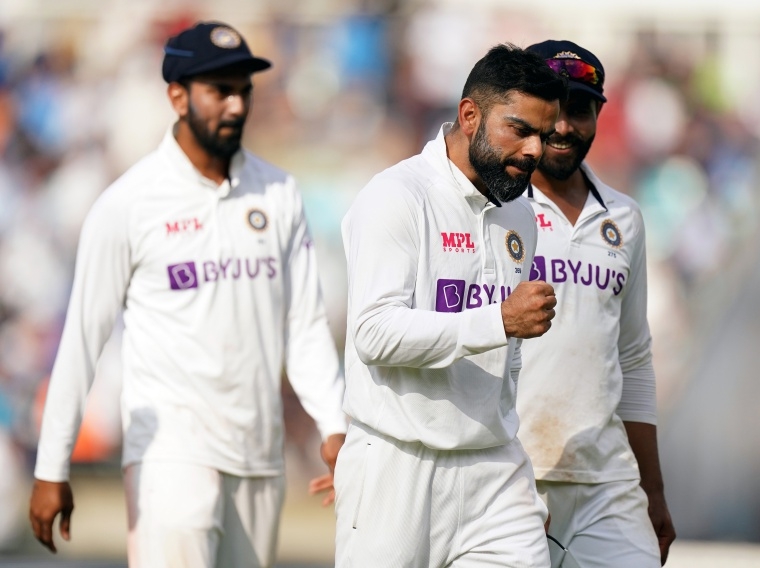 Indian skipper Virat Kohli celebrates dismissal of England's Chris Woakes during the 5th day of the Fourth Test match between England and India at The Oval, in London on Monday. | ANI

After registering an emphatic 157-run win over England in the fourth Test here at the Kennington Oval, India skipper Virat Kohli on Monday said that Jasprit Bumrah asked to be brought into the attack once the ball started to reverse on the final day of the match.

Indian bowlers delivered big time on the last day of the fourth Test at the Kennington Oval on Monday as the genius of mercurial Jasprit Bumrah, and all-round performance by Shardul Thakur in the match helped visitors in defeating England by 157 runs to gain a 2-1 in the five-match series. This is also India's first win in Oval in 50 years.

"Well, I think the best thing about both the games has been the character the team has shown. We are not looking to survive in this game, we are here to win. Really proud of the character the team has shown. It's quite relative to what you call flat. The conditions were hot and we knew were in with an opportunity when Jadeja was bowling in the rough. The bowlers were good with the reverse swing today. We believed we could get all 10 wickets, we had the belief," Kohli told Sky Sports during the post-match presentation.

"As soon as the ball started reversing, Bumrah said give me the ball. He bowled that spell and swung the game in our favour with those two huge wickets. I think you pointed his performance. Rohit's innings was fantastic. What Shardul has done in this game stands out. His two fifties deflated the opposition. I think he batted well in both innings. We never go towards analysis, statistics, and numbers," he added. With the conditions good enough for batting, England openers got the hosts off to a decent start, with both scoring fifties, however, Shardul came into the attack and got rid of Burns in his first over of day 5. Shardul Thakur who was part of the Indian quartet in scoring more than 50 runs in the second innings, also dazzled with the ball as he sent back Joe Root to the pavilion later. Hosts were still in the game until just after lunch on Day 5 when Jasprit Bumrah produced a glorious spell to give India a real shot at victory.

"We know what we need to focus on and we take a collective decision as a group. It's unfortunate they are not here. Everyone is happy with the win. It gives us more motivation to win the next Test. We have the belief, we are just looking forward to the opportunities. The fans have been amazing as well," said Kohli.

India and England will now lock horns in the fifth and final Test at Manchester, set to begin on September 10.