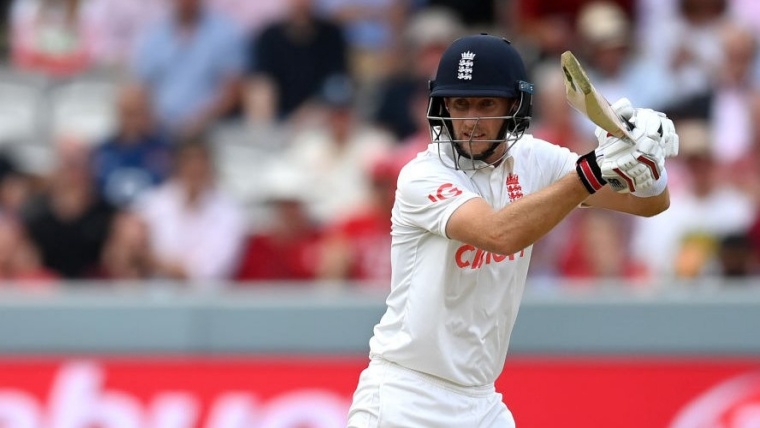 England captain Joe Root plays a shot during the 2nd day of the Second Test match between India and England at Lord's, in London | ANI

London: England skipper Joe Root and Jonny Bairstow showed remarkable skill and determination to frustrate the Indian bowling attack in the opening session of Day 3 of the ongoing second Test here at the Lord's Cricket Ground on Saturday.

At the lunch break, England's score read 216/3, still trailing the visitors by 148 runs. Root (89*) and Bairstow (51*) are currently unbeaten at the crease. The first session saw 97 runs being scored from 28 overs and the hosts did not lose even a single wicket in the morning session.

Resuming at 119/3, England skipper Root brought up his half-century in just the second over of the day. Root along with Bairstow saw out the first hour rather easily and it was the Indian bowlers who were put under a bit of pressure by the duo.

Both batsmen did not relent, and they kept on chipping away at the runs, and in the end, it was ensured that England took the honours in the first session. By the time, the first two hours of play came to and, the hosts were just trailing by 148 runs with seven wickets in the bag.

In the first innings, India was bundled out for 364 and KL Rahul (129) was the top scorer for the visitors. For England, James Anderson took a five-wicket haul and this was the pacer's 31st fifer in the longest format.