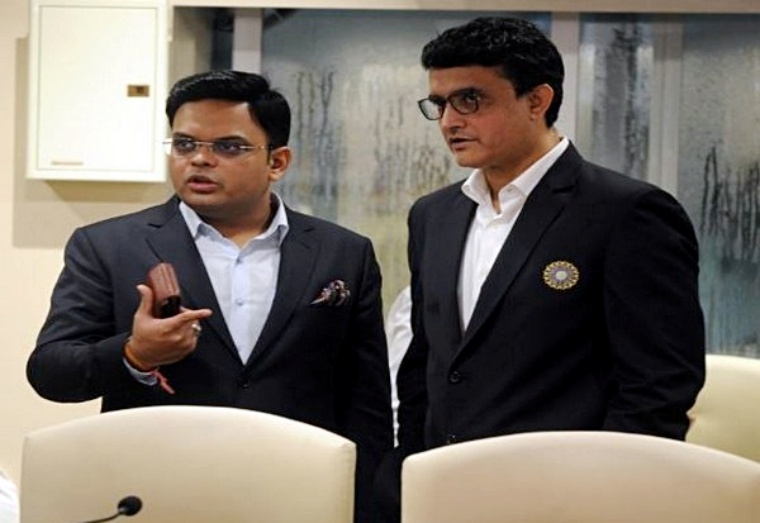 The Board of Control for Cricket in India (BCCI) President Sourav Ganguly and Secretary Jay Shah are in attendance for the ongoing second Test between India and England here at the Lord's Cricket Ground.

Jay Shah was seen seated alongside England and Wales Cricket Board (ECB) Chief Executive Tom Harrison in the stands while Ganguly was seen having a conversation with England legend Geoffrey Boycott.

Joe Root-led England won the toss and opted to bowl against India in the second Test of the five-match series here at the Lord's Cricket Ground on Thursday.

India made one change to the line-up as the side brought in Ishant Sharma in place of the injured Shardul Thakur. On the other hand, England made three changes, and the hosts brought in Haseeb Hameed, Moeen Ali and Mark Wood in place of Zak Crawley, Dan Lawrence, and Stuart Broad.