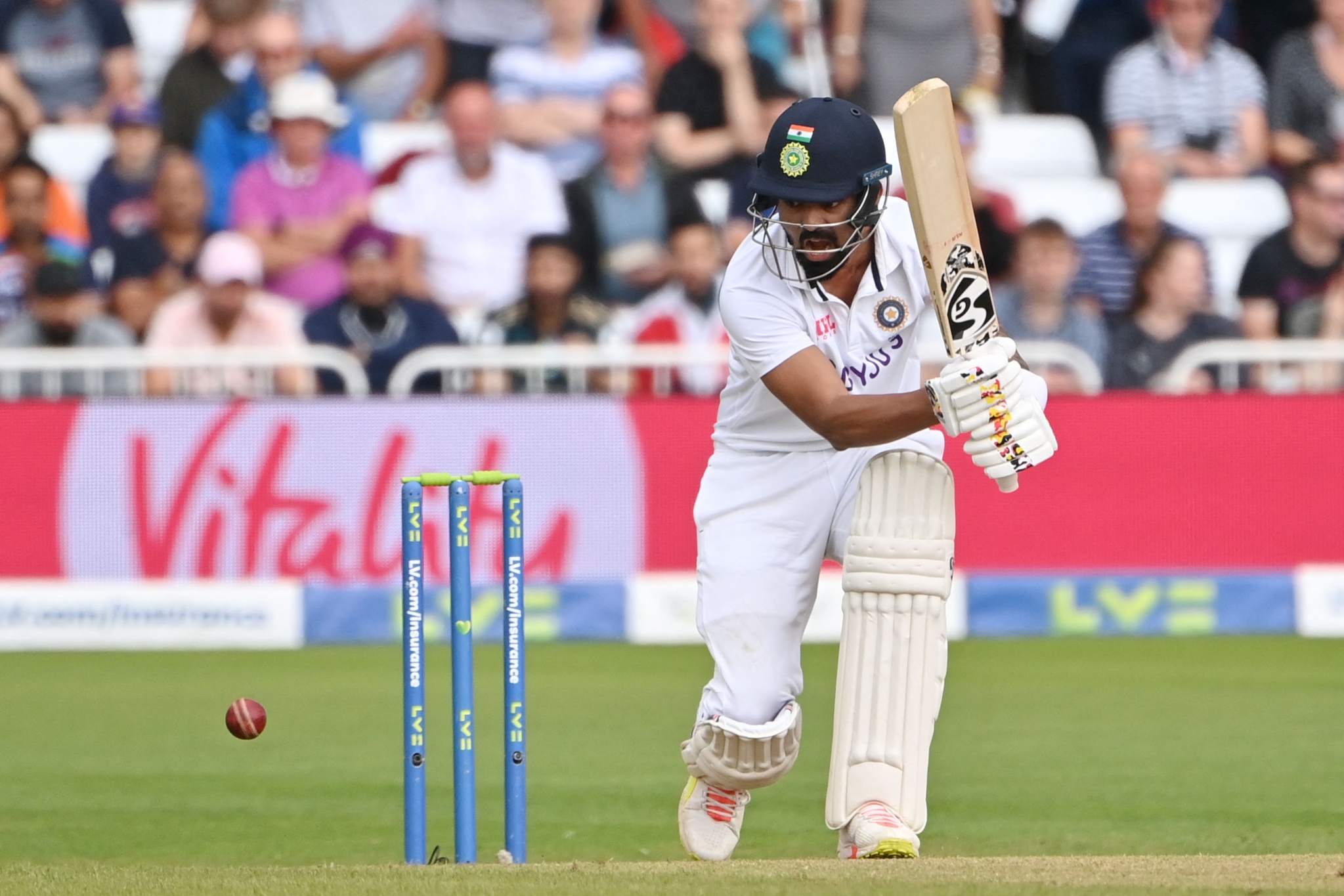 India's KL Rahul (R) bats on the third day of the first cricket Test match of the India Tour of England 2021 between England and India at the Trent Bridge cricket ground in Nottingham, central England, on August 6, 2021. | (Photo by Paul ELLIS / AFP)

Nottingham: India were 191 for five at lunch on day three of the first Test against England at Trent Bridge on Friday.

After starting the day at 125 for four, India ended the session with a lead of eight runs in response to England's 183. KL Rahul was unbeaten on 77 and Ravindra Jadeja on 27 when lunch was taken.

Earlier on day two, India went from 97 for no loss to 112/4 as the Indian batsmen fell to swing from James Anderson as well as a run out [of Rahane]. Anderson scalped both Pujara and Kohli off successive balls, having them caught behind, just before the run out of Rahane.

Meanwhile, India opening batsman Rohit Sharma has played down the failure of Indian middle-order and key batsmen after the trio Cheteshwar Pujara (4), Virat Kohli (0) and Ajinkya Rahane (5) failed to build on the platform provided by him and KL Rahul on the second day of the first Test against England.

"It is not a concern. If you look at it, it were actually to good balls that they (Kohli, Pujara) got out to," said opener Rohit Sharma who was dismissed for 36 at the stroke of lunch.

"But those things happen in a place like this where we know the overhead conditions matter a lot and suddenly when it was overcast, the ball started to do a little more than expected. I don't see any concern there. They just got out to good balls."