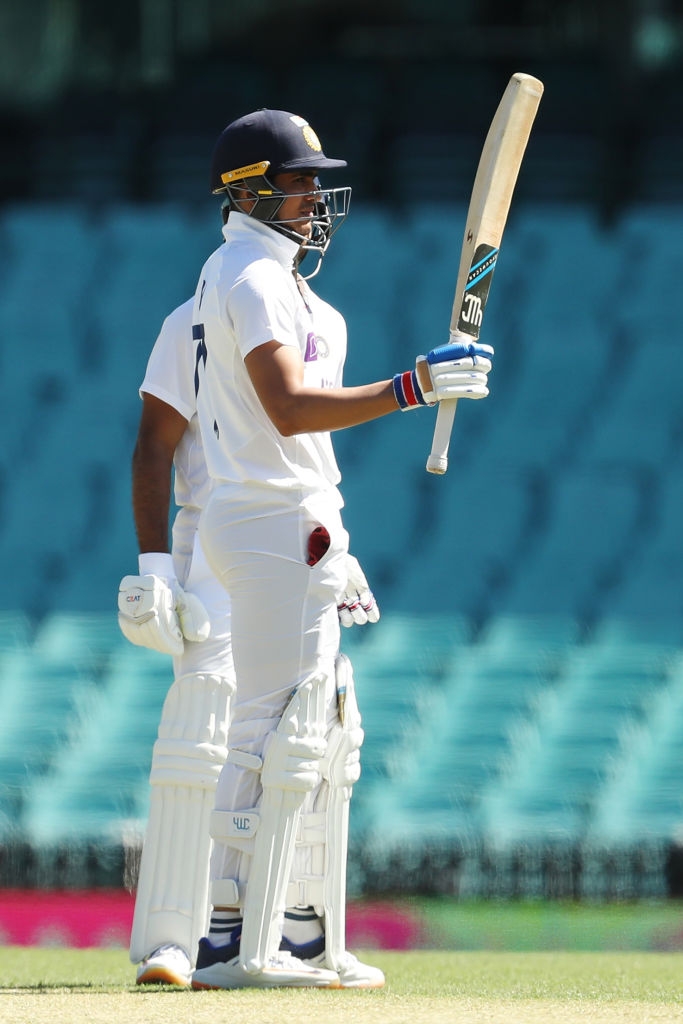 In the ongoing practice Test match between India and Australia, batsman Shubman Gill's dismissal on Day 2 sparked controversy. The in-form batsman was given caught out on slip during the game at Sydney Cricket Ground.

Gill's half-century in the first session had put the visitors in a comfortable position. Openers Prithvi Shaw and Mayank Agarwal opened for the visiting team in the second innings and Shaw (3) failed to make a mark again and was sent back to the pavilion in the same fashion as in the first innings.

Gill then joined Mayank in the middle. The duo played cautiously and stitched a 104-run stand for the second wicket. Meanwhile, Gill smashed a half-century in 49 balls with the help of nine boundaries. Mitchell Swepson finally sent Gill back to the pavilion after playing a knock of 65 runs.

Gill looked to flick the ball but missed it, after which Swepson appealed for lbw. The ball, however, landed in the hands of Sean Abott who took a diving one-handed catch at the slip. The umpire dismissed Gill saying he got an edge.

Gill had to walk back to the pavilion unhappy as no DRS and Snickometer technique is available in the practice match. Tweeting in Gill's defence, cricketer-turned-commentator Aakash Chopra said: "How was Shubman out? Definitely not LBW....and there was zero evidence to suggest he was caught at slips."

The show in the second innings was a much-improved one after India was bundled out for 194 in their first innings. The Indian bowlers then came out all guns blazing to bundle out Australia A for 108 to take an important 86-run lead at stumps on the opening day.

Mohammad Shami and Navdeep Saini picked three wickets each, while Jasprit Bumrah backed up his maiden fifty with two wickets. Mohammed Siraj also picked a wicket as he kept bowling a testing line.