IN PICTURES: MCG lit up in green and golden to welcome Aussie T20 World Cup-winning team 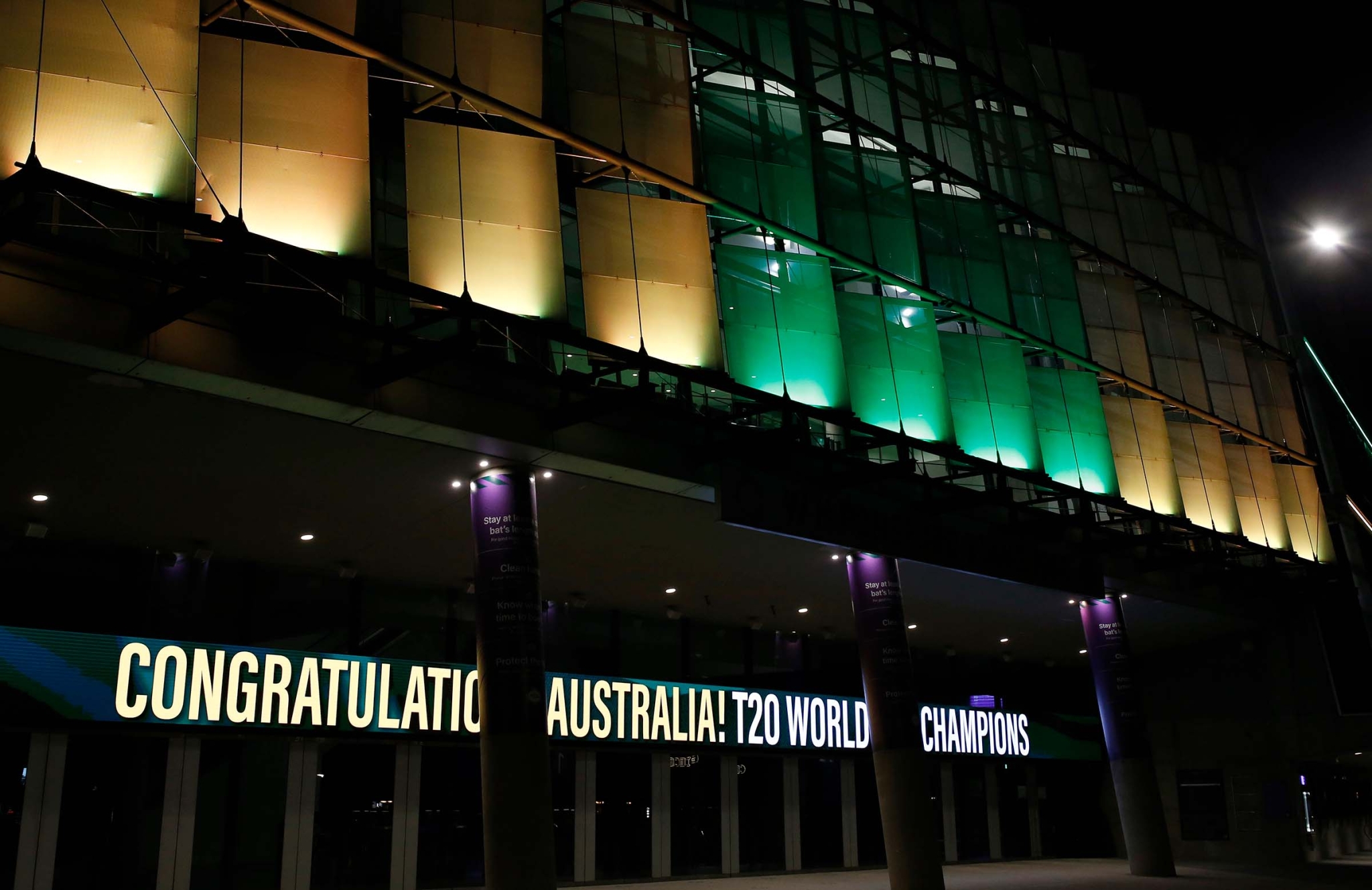 The majestic Melbourne Cricket Ground (MCG) has been lit up in green and golden to celebrate Australia's maiden title triumph at the ICC T20 World Cup in the UAE on November 14.

As the Australian heroes led by Aaron Finch arrived in Queensland on a chartered flight from Dubai along with members of the England touring party for the Ashes, the MCG gave the side, which defeated New Zealand by eight wickets in Dubai, a befitting welcome by lighting up the MCG in green and gold — the colours that symbolise the Australian limited-overs side. 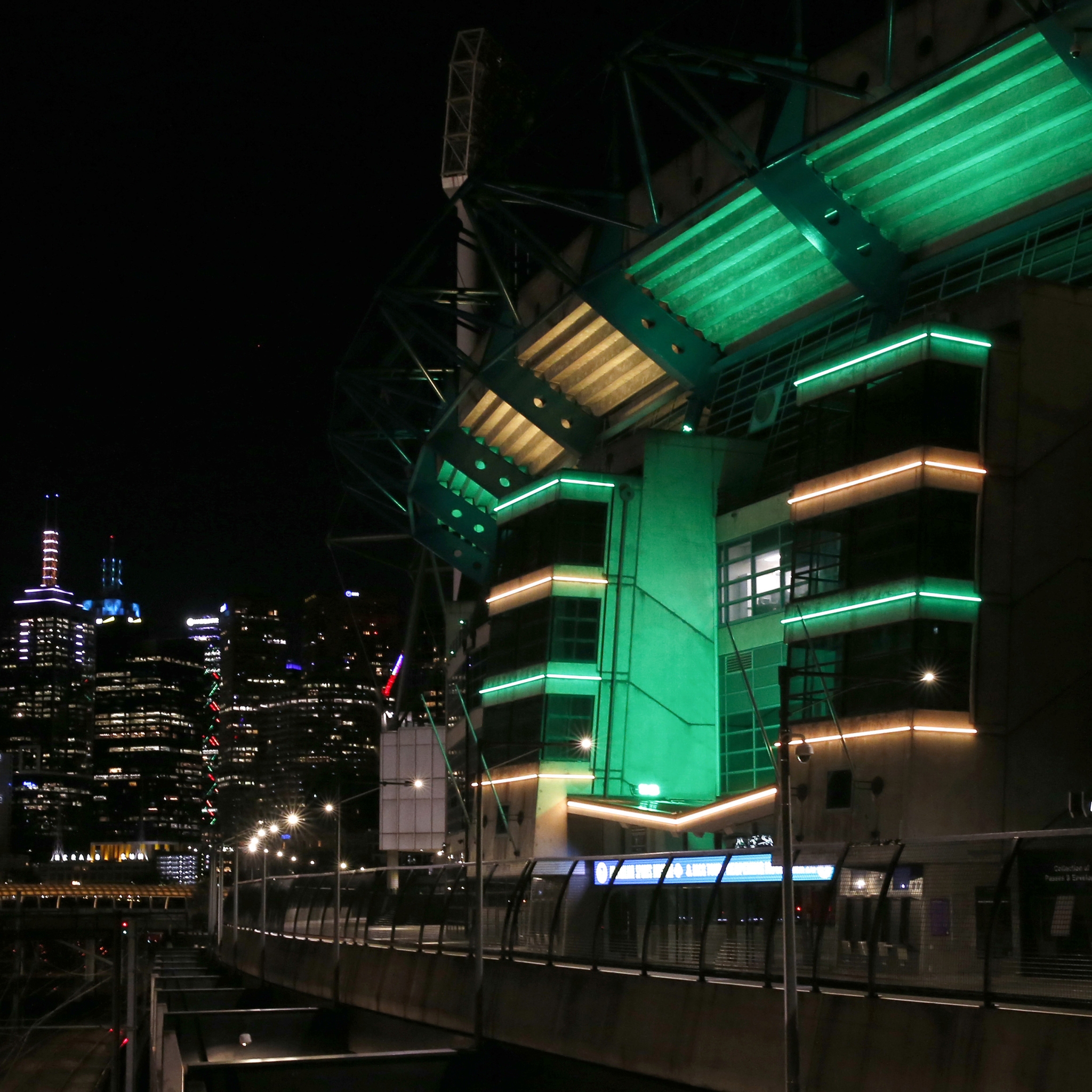 The colours that symbolise the Australian limited-overs side | Twitter 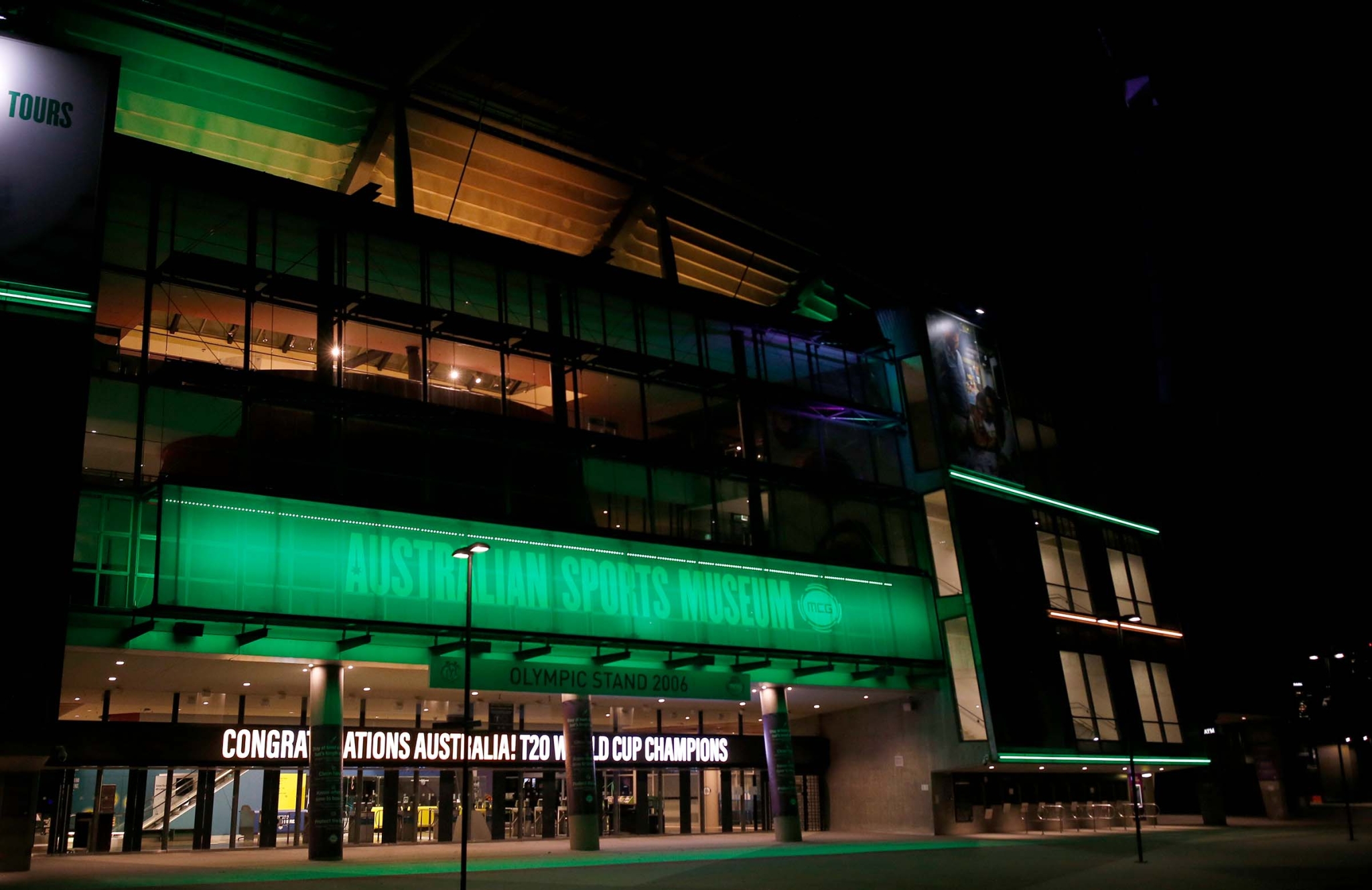 The next year's ICC T20 World Cup final will be held under lights at the MCG on November 13, the ICC had stated on Tuesday, after announcing that seven cities will play host to the showpiece event.

The victorious Australian side arrived home on Tuesday morning in Brisbane and the Test players headed straight into 14 days of hotel quarantine on the Gold Coast ahead of the Ashes, which begins on December 8.