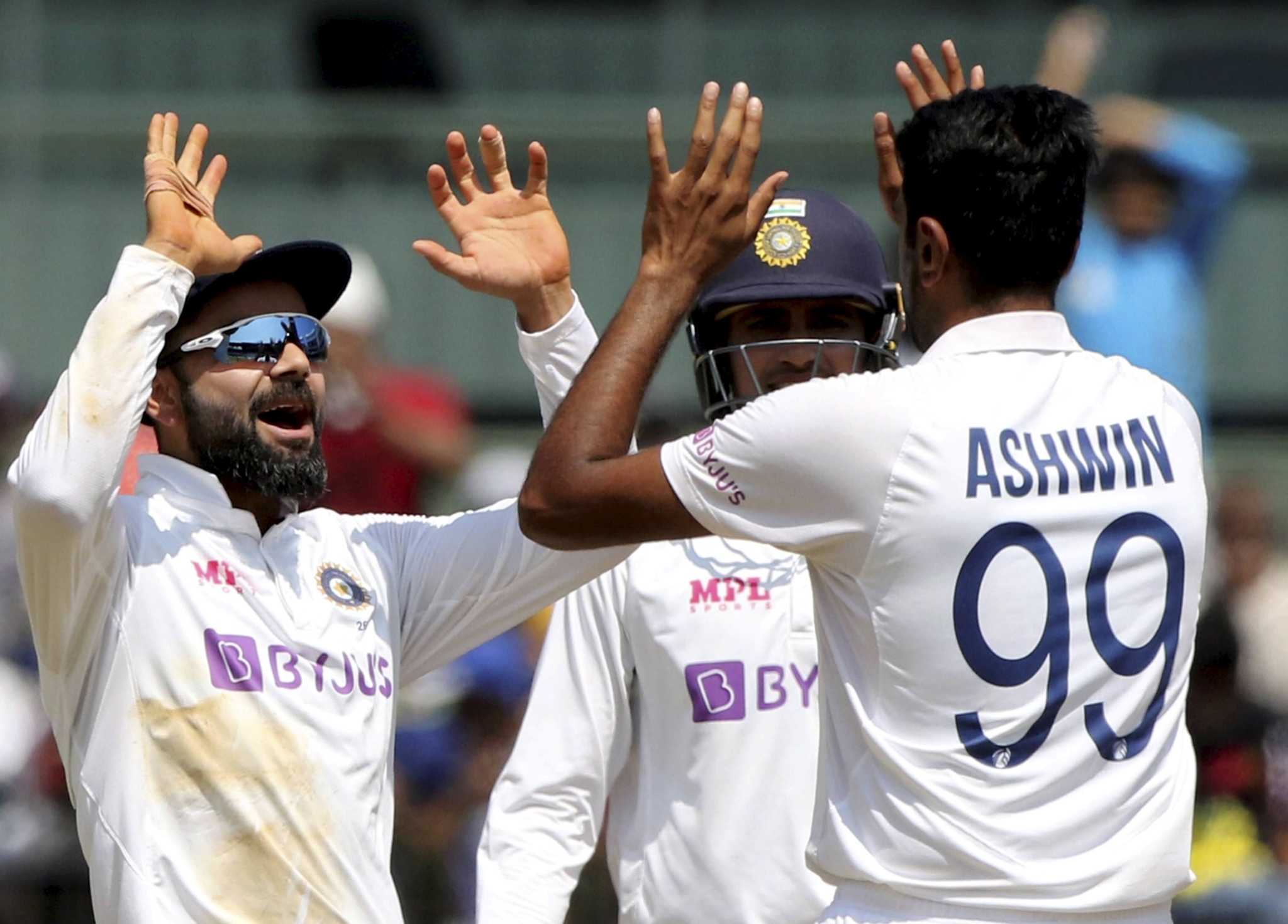 R Ashwin celebrates with Virat Kohli after taking the wicket of England's Ben Stokes during the 2nd day of second Test at MA Chidambaram Stadium, in Chennai | Photo: AFP

Mayank Agarwal has moved up to 11th in the list for batters while Ravichandran Ashwin is placed second in the list of all-rounders, the ICC announced in their Test rankings update on Wednesday.

This is Agarwal's second-best spot in the ICC Rankings for Test batters, after his career-best tenth spot in November 2019. The right-hand opener scored 150 and 62 in the Mumbai Test, after there were question marks over his spot in the XI.

Ajaz Patel, who became the third to pick ten wickets in a Test innings, moved up 23 spots to be placed 38th in the list of ICC Test rankings for bowlers, which is headed by Australia's Pat Cummins. Ashwin also narrowed the gap with Cummins.