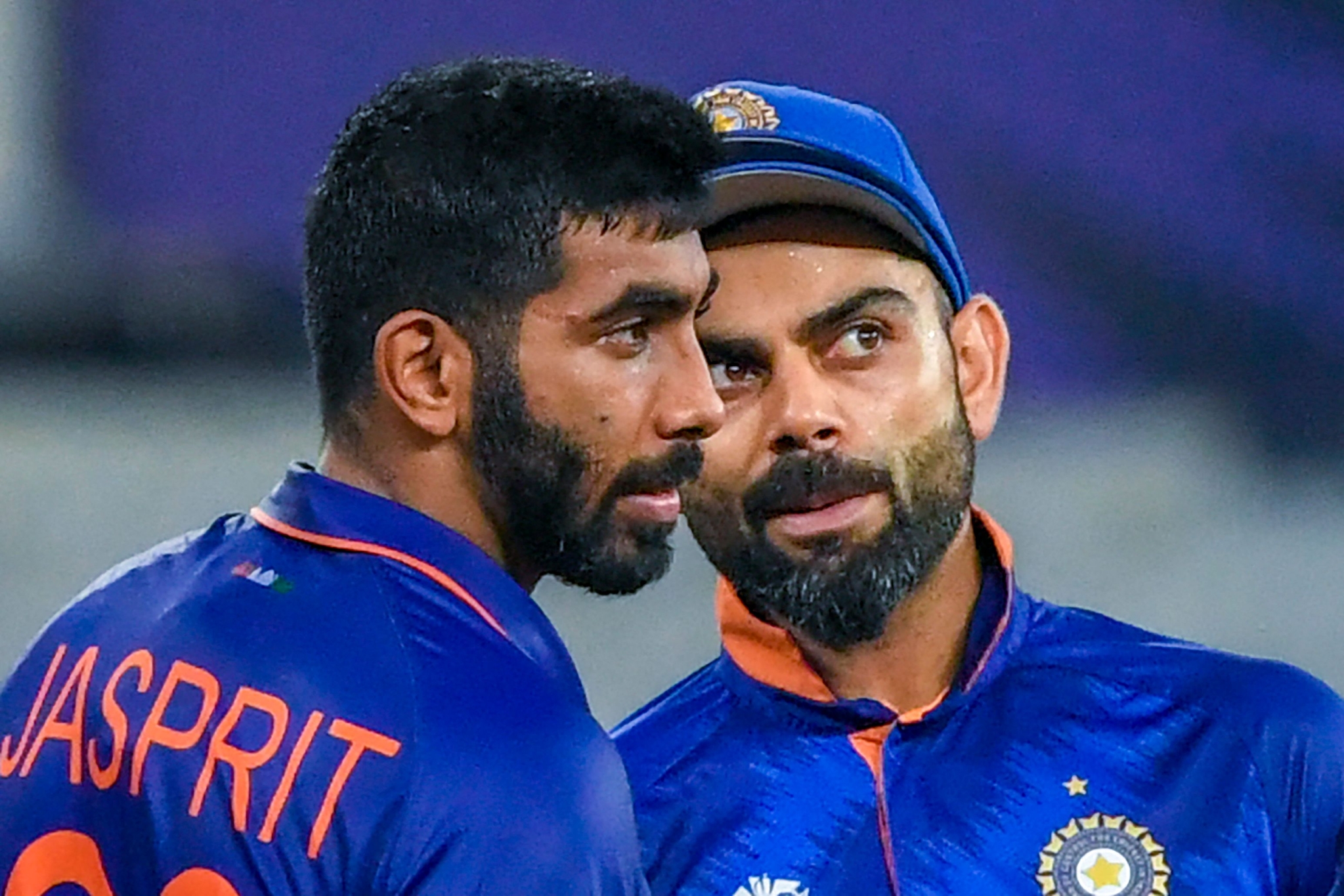 Dubai: Virat Kohli will be facing the most defining test of his captaincy career as he expects his men to be the proverbial "phoenix rising from the ashes" when India take on a street-smart New Zealand in a 'do-or-die' ICC T20 World Cup Super 12 game here on Sunday.

Having endured a nightmare last Sunday against Pakistan, a match that they would like to forget in a hurry, India have a lot of course correction to do against the Kiwis, more so in getting the roles assigned for the players right.

It wont be easy against a quality New Zealand, which will come hard at India having also lost to Pakistan in their opening game. Tim Southee and Trent Boult, especially have been a nemesis for the Indians in big games.

However, their soft underbelly is batting where Kane Williamson is still not hundred per cent and Martin Guptill also had a foot injury. It's effective without being flamboyant, although, Devon Conway is a flashy batter.

And herein lies India's chance but for that, their bowlers need to implement the game plans perfectly, something they couldn't against Pakistan.

Even more important will be execution from two players on whom the team management has heavily invested -- a half-fit Hardik Pandya and an out-of-form Bhuvneshwar Kumar, who have been the weak-links of this Indian team. Hardik, who has not been the cricketer everyone feared since his back injury, is playing to save his India career.

That he hasn't exactly been truthful about the status of his bowling capabilities has been exposed and trying to roll his arm over at the nets speaks volumes of his desperation. His franchise Mumbai Indians are putting him back in the auction pool and time, indeed, is running out for him.

Bhuvneshwar could well be playing his last international tournament. His pace has dropped remarkably in the past two seasons and somewhere he has not been a patch of what his younger competitor Deepak Chahar has been in recent years.

Yet, India have punted on his experience and it's high-time that he delivers before being shunned into oblivion.

India have shown in recent times, at least, in Test arena that they can come back from brink with unforgettable performances but Kohli in his last assignment as T20 captain would like to change the script that always seemed to go awry at global events.

More so, because another failure at a mega event could well mean that there will be aspersions cast on his abilities as a white ball skipper and the 50-over leadership will also come under the scanner.

Kohli is a man, who loves it the tough way. He loves a good scrap and a situation where he envisages that the entire world (even if they are not) is out there to get him, conspiring against him and wants to see him fail.

He gets an adrenaline rush thinking about such a situation from where he is bailing out the team. But of late, Kohli, the skipper and Kohli, the batter haven't been in sync like it had been in the past.

Now there is a world class performer, who is ready to play the waiting game, anchor the innings and happy to bat at a strike-rate of '120-ish', letting others hog the limelight. It's an act of self preservation which he is keeping his and Indian cricket's best interests in mind as he is 33 and at least good six years of top-flight game still left in him.

India's presence till the business end is not just an emotional necessity for its billion fans but also a commercial requirement for the tournament to retain its vigour.

Even after being clubbed in the easier group where three matches, including Afghanistan should be literally walk-in-the-park for these stars who rake in mega moolah per IPL season but are now facing the fear of an early exit from the tournament.

With Pakistan already on six points having played all their tough games (India, New Zealand and Afghanistan) in the first week of Super 12s, they are expected to steamroll Namibia and Scotland en route their expected top place finish in group 2.

This leaves both India and New Zealand in a virtual shoot-out position as whoever wins has a chance to finish on maximum eight points and grab the second place in the group.

However with the dew playing a major role in the evenings, toss is indeed playing a very crucial role in the outcome of night matches. Kohli will be hoping to at least win the toss and may be ensure that KL Rahul and Co don't have to face Trent Boult's 'break back' swingers first up when some moisture would be on offer.

Suryakumar Yadav would like to put up a better performance and Rishabh Pant would certainly like to finish off in style after the kind of start he got against Pakistan.

After what Shaheen Shah Afridi did to India, India would certainly be wary of Boult, who is a more skilful operator than the Pakistani, albeit at lesser pace.

In a nutshell, Kohli faces an acid test of his leadership career, which is reaching business end.