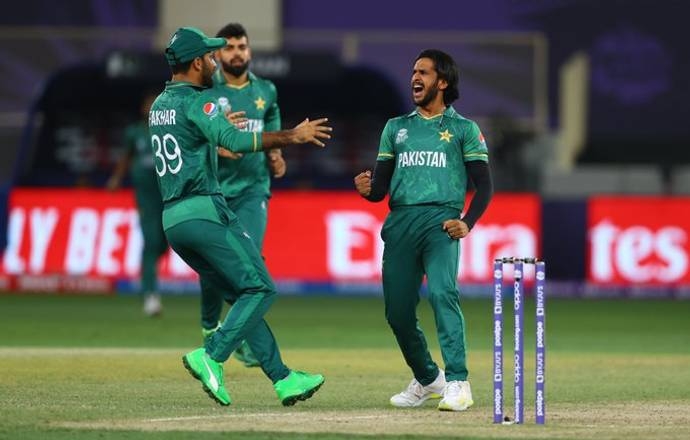 Pakistan on Tuesday became the first team to qualify for the semi-finals of the ongoing ICC Men's T20 World Cup with a victory over Namibia by 45 runs at the Sheikh Zayed Stadium in Abu Dhabi.

Pakistan racked up 189 in their allotted 20 overs and then restricted Namibia's reply to 144/5 as Men in Green registered their fourth win in four games in the World Cup. Chasing 190, Namibia struggled against the Pakistan pace attack, with opener Michael van Lingen cleaned up by Hasan Ali in the powerplay. The African side's score read 34/1 after the first six overs.

With runs in scarcity, Stephan Baard after a composed 29 off 29 balls walked back to the dressing room in the 9th over after getting run out. Imad Wasim removed Gerhard Erasmus in the 13th over. Craig Williams followed his countryman in the next over.

JJ Smit was dismissed in the 17th over as Namibia slumped to 110/5. In the end, Namibia fell short 46 runs short of the target.

Earlier, opting to bat first, Pakistan made 189-2. Mohammad Rizwan top-scored with 79* off 50 balls, with his opening partner and captain Babar Azam continuing their brilliant partnership with a 70 off his own.

Mohammad Hafeez added polish to the innings with a sparkling 32 off just 16 late on, with Pakistan scoring an eye-watering 130 runs in the last ten overs. 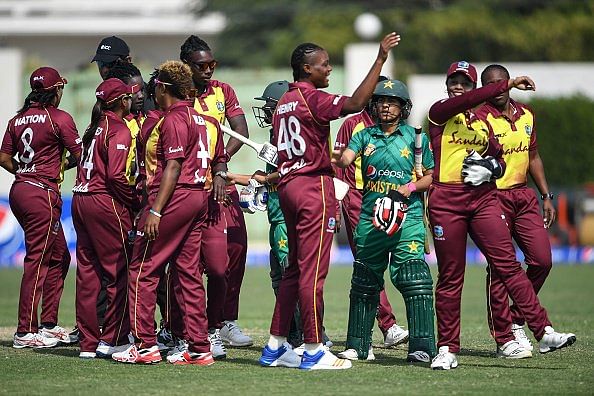