The ICC T20 World Cup is not very far away and fans can't keep calm. The complete schedule of the marquee tournament is out along with the venues where the matches will be held.

Before the super 12 matches kick-off, teams will battle it out in the qualifier stage. Here's the schedule of the qualifiers- 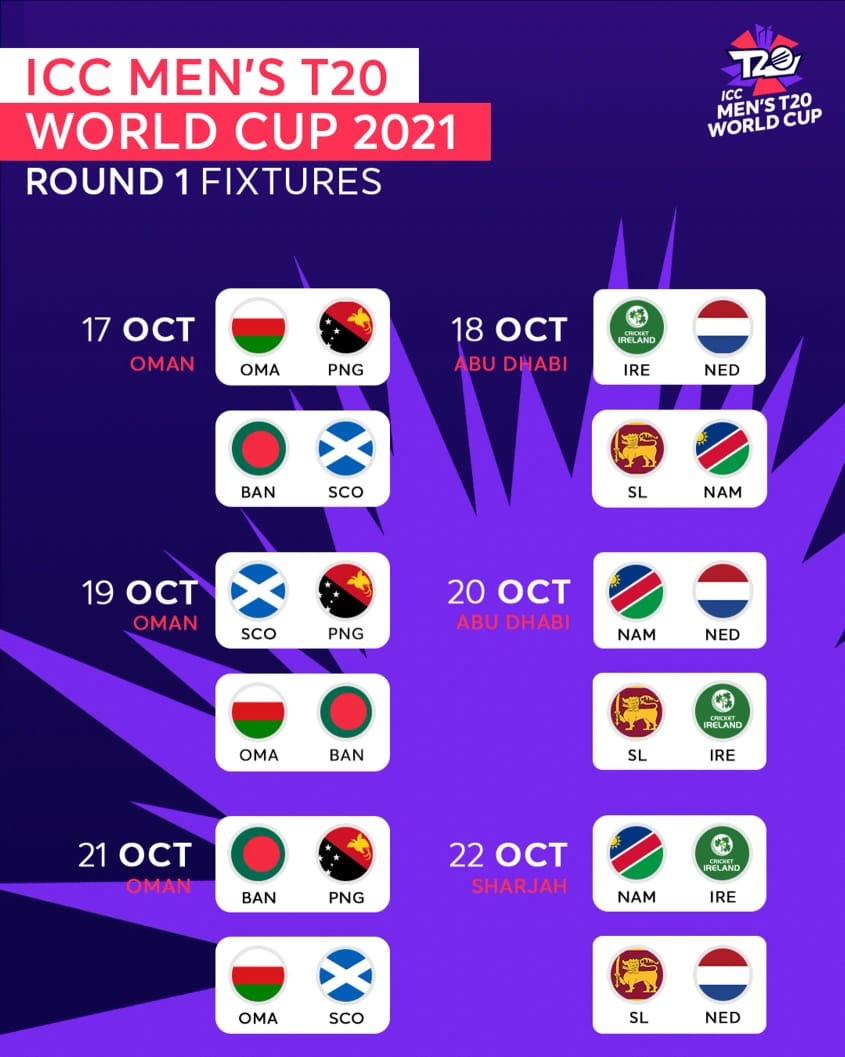 Once the qualifiers are over, the Super 12 matches will begin. The teams in Super 12 will be divided into two groups of 6. Here's the schedule of Group 1 matches. 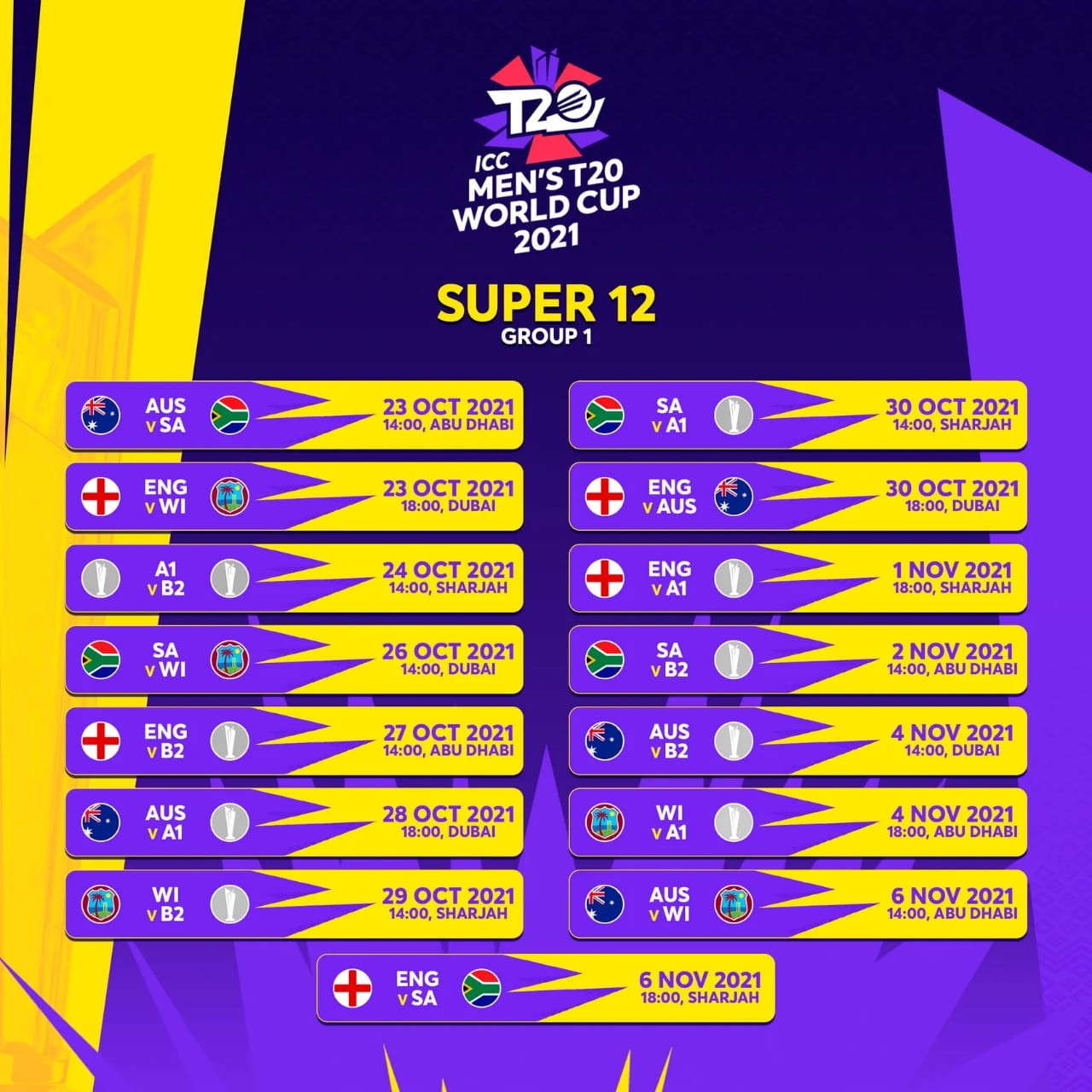 Team India has been included in Group 2 along with New Zealand, Pakistan, Afghanistan. India will face arch-rivals Pakistan on October 24, and will take on the Kiwis on October 30. 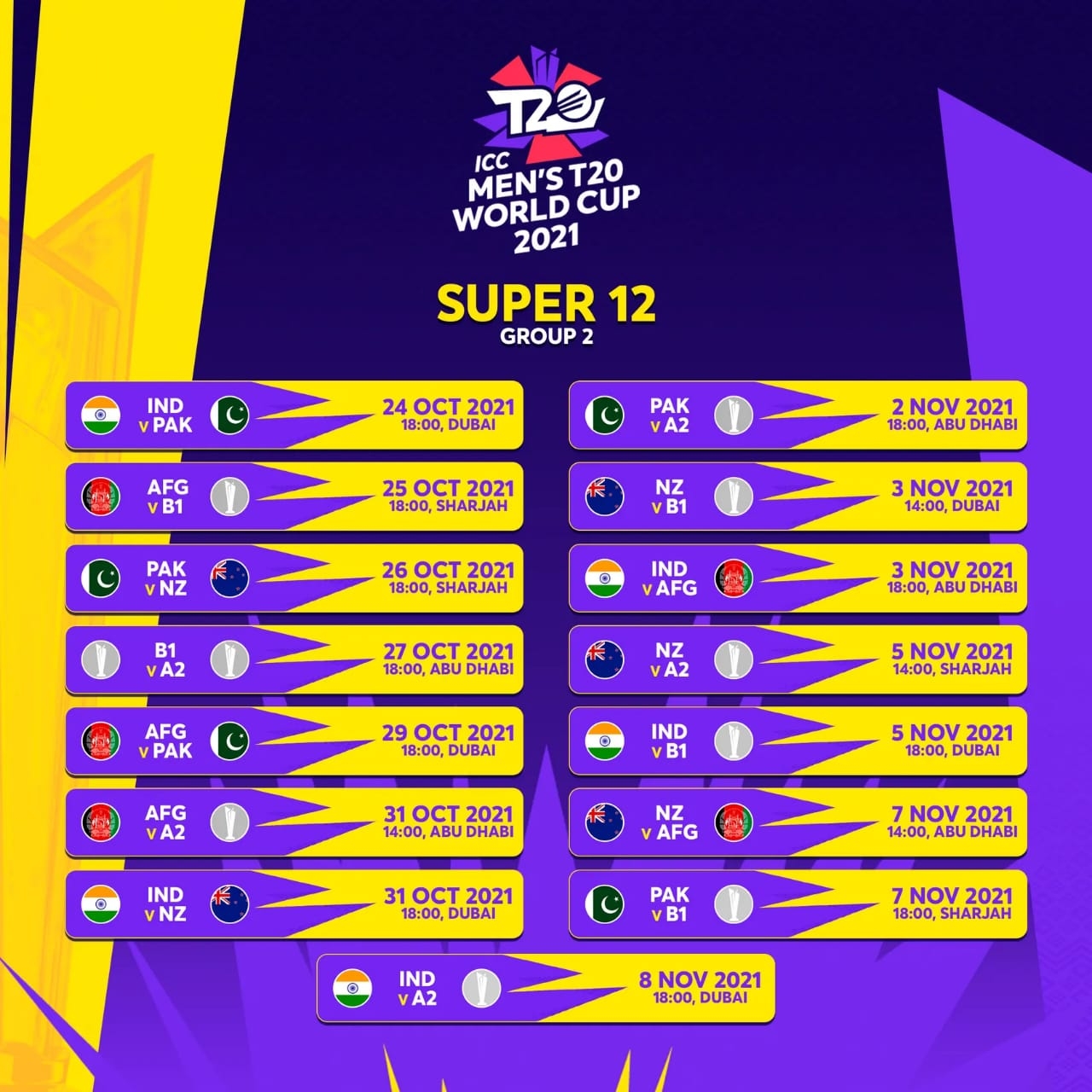