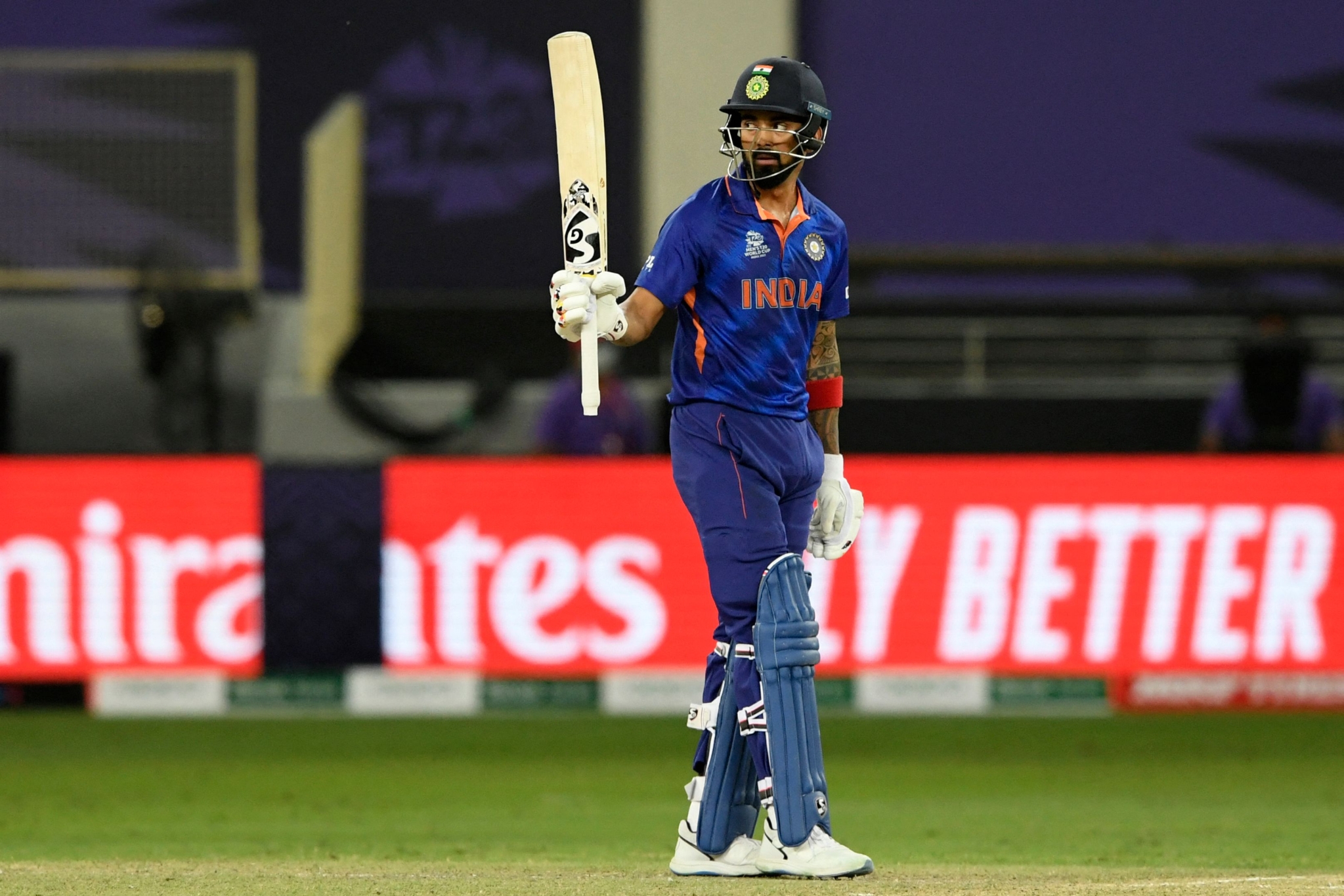 On the back of the sensational performances for South Africa, Aiden Markram has made significant gains in the latest ICC Men's T20I rankings, while KL Rahul is the highest-placed Indian in the list of batters, placed at number five.

Markram's unbeaten knock of 52 in just 25 balls in South Africa's victory over Group 1 table-toppers England sees him climb to the number three spot in the latest T20I rankings for batters.

Markram's heroics with the bat has also helped him break into the top 10 all-rounders, rising seven places to No. 7.

South African teammate Rassie van der Dussen too broke into the top 10 rankings for batters, climbing six spots to occupy the 10th spot in the latest update. Van der Dussen scored a Player of the Match-winning knock of 94* against England, helping the Proteas post a daunting total of 189.

Unfortunately for South Africa, their win against England was not enough as they crashed out of the ICC Men's T20 World Cup on net run rate, despite winning four games out of five.

With three fifties in India's last three matches, KL Rahul moved to No.5. After returning low scores against Pakistan and New Zealand, Rahul was brilliant against Afghanistan, Scotland, and Namibia but the knocks came in too late for India as they exited the tournament in the Super 12 stage.

In the rankings for bowlers, the Australian duo of Adam Zampa and Josh Hazlewood climbed the charts. Both bowlers have been in great form of late and were instrumental in Australia qualifying for the semi-finals of the World Cup.

Zampa's five-for against Bangladesh takes him to the No.5 spot, while Hazlewood went up 11 places to No.8, thanks to his four-wicket haul against West Indies.

The other major movement in the top 10 saw Tim Southee, who has picked up five wickets since the last update, move three places up to No.9 in the bowling rankings.

The Australian domination in the latest update continued with Glenn Maxwell and Mitchell Marsh moving up in the all-rounders' rankings. Maxwell went up three places to become the new No.4 ranked all-rounder while Marsh ascended five spots to No.9.

Sri Lankan sensation Wanindu Hasaranga achieved a career-high rating (173) for all-rounders, thus going up one spot to No.3.