'His contribution to Indian cricket will always be remembered': Revered coach Tarak Sinha passes away; tributes pour in 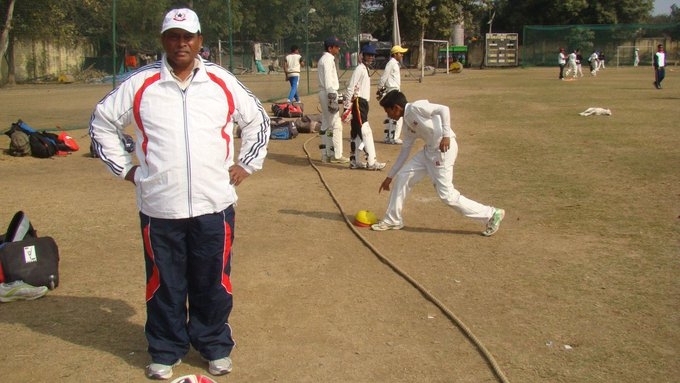 Tarak Sinha, the decorated cricket coach and soul of Delhi's Sonnet Cricket Club, breathed his last in New Delhi on Saturday morning after a prolonged illness. He was 71.

Dronacharya Awardee Sinha, who has given India and Delhi cricket so many gems, was battling lung cancer for a while, and recently, he had a multi-organ failure. He was a bachelor and is survived by his sister and hundreds of students.

"It is with heavy heart we have to share this tragic news of Shri Tarak Sinha, the founder of Sonnet Club, has left us for heavenly abode at 3 am on Saturday after a brave battle with lung cancer for two months," the Sonnet Club said in a statement.

"We want to thank each and everyone who has been by his side in these trying times and prayed for his recovery. We also want to appreciate the efforts put in by the doctors in Jaipur and Delhi who worked tirelessly to revive him."

"He was in good spirits till his last breath, believing he could still get up on his feet. It's a heavy day for all of us at Sonnet Club, the cricket fraternity and most importantly the students who have always seen him as a guardian," it added.

Affectionately known as 'Ustaad ji', Sinha trained cricketers across generations at The Sonnet Club which acted as Delhi's supply line. He identified talent and turned them into international cricketers.

My heartfelt condolences to the family, friends and trainees of Tarak Sinha Sir. Never met him but heard so many inspirational stories from Nehra and @cricketaakash His contribution to Indian Cricket will be forever remembered. May his soul Rest In Peace. Om Shanti 🕉️ https://t.co/NIxI8111H9

After the news of Sinha's demise, condolence messages started pouring in on social media. Many Indian cricketers including his former students took to Twitter to pay their tributes.

"My heartfelt condolences to the family, friends and trainees of Tarak Sinha Sir. Never met him but heard so many inspirational stories from Nehra and @cricketaakash His contribution to Indian Cricket will be forever remembered. May his soul Rest In Peace. Om Shanti," tweeted former India cricketer VVS Laxman.

The Coach! Mr.Tarak Sinha. The nursery of Sonnet Cricket club has seen many international and domestic players (men and women) make their mark. The guide, mentor, coach … May you rest in peace sir. 🙏 Thank you 🙏 #MyCoach pic.twitter.com/mZZsMZ7tEf

"Feel a lot of pain on the demise of passing away of Ustaad ji #TarakSinha .He was one of the rare coaches who gave India more than a dozen Test Cricketers & the values he inculcated in his students helped Indian cricket immensely. Condolences to his family and students. Om Shanti," said Sehwag in a tweet.

One of Sinha's students and India opener Shikhar Dhawan also paid his tribute.

"Rip Tarik Sir," wrote Dhawan on instagram along with a picture of Sinha.

His another former student and now a popular commentator Aakash Chopra said the service of noted coach to Indian cricket will be remembered.

"Ustaad Ji is no more. Dronacharya Awardee. Coach to over a dozen India Test cricketers. And scores of first-class cricketers. Both men and women. Without any institutional help. Your service to Indian cricket will be remembered, sir. May your soul R I P Om Shanti," said Chopra in a tweet.

"The Coach! Mr Tarak Sinha. The nursery of Sonnet Cricket club has seen many international and domestic players (men and women) make their mark. The guide, mentor, coach. May you rest in peace sir. #MyCoach," tweeted Anjum.

The BCCI expresses grief at the passing away of renowned and well-respected coach Shri Tarak Sinha. 🙏https://t.co/QOw4oV1U5l pic.twitter.com/EY8IrKS0aY

"Sad day for me and all sonnetians as we have lost our ustaad ji today . Toiled for decades and shaped careers but never took centre stage . Cricket fraternity has lost a gem. God bless the departed soul. Rip," said former India pacer Atul Wassan in a tweet.

"Dryonacharya awardee Tarak Sinhaji who gave Indian Cricket international stalwarts, first class heroes & a lot more is no more. He changed lives of many like me who came from small towns, without him I wouldn't have been where I am today. Indian Cricket will miss you Ustad jee!!" he said in a tweet.