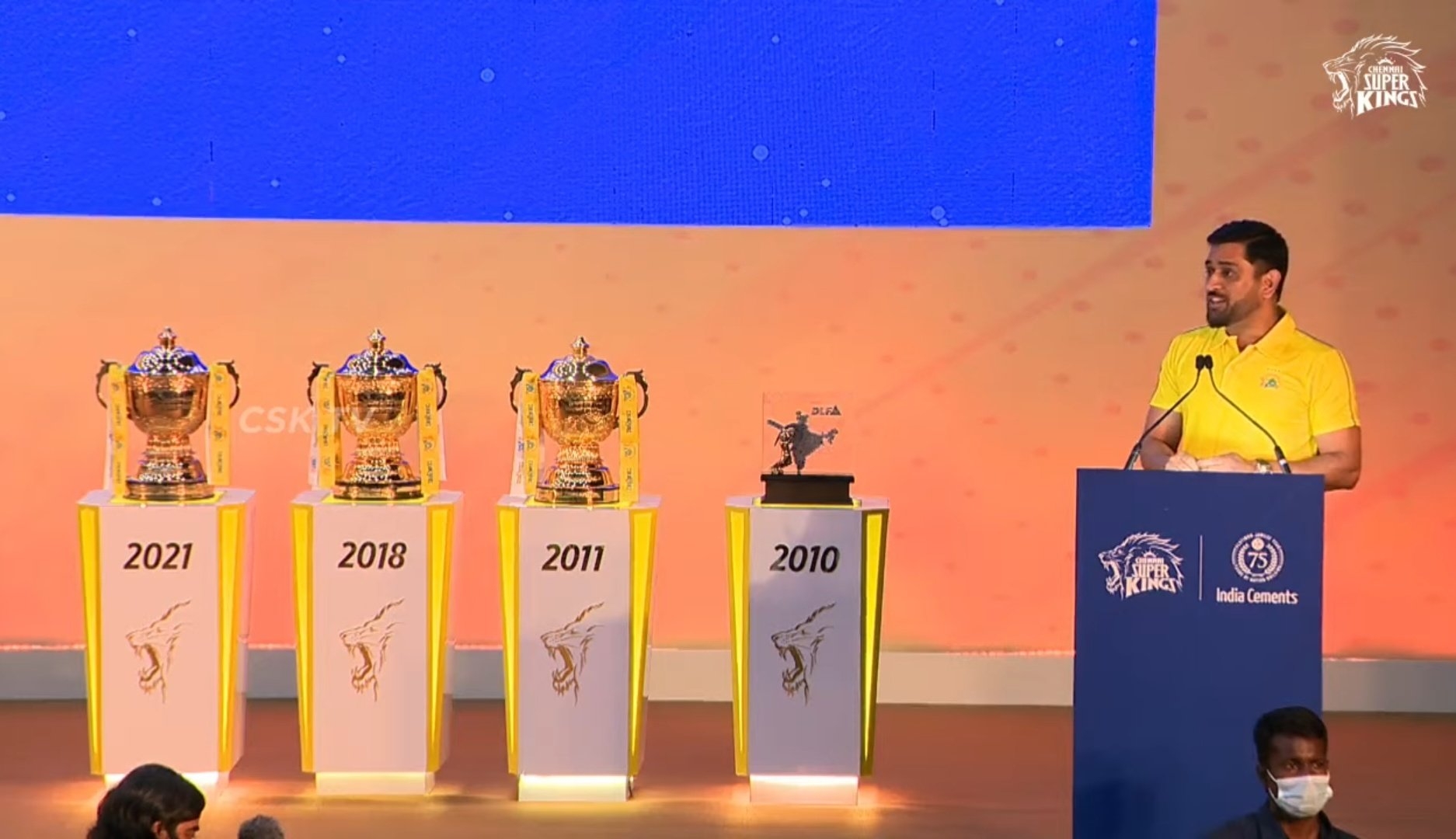 MS Dhoni, captain of Chennai Super Kings and former Indian skipper, hopes to play his last T20 in Chennai. Speaking at the celebration of CSK's fourth IPL title win, the two-time World Cup winning skipper said that he would sign off with an IPL match at Chepauk, whether it will be in the next year or after five years.

"I have always planned my cricket. My last international game on home turf was in Ranchi. hopefully, my last T20 will be in Chennai. Whether it is next year or in five years, we do not know," said Dhoni on Saturday.

"I think it is a great stage where I can thank all the ex-cricketers, my fellow cricketers and also the BCCI administrators for their contribution to cricket. Thanks a lot for your effort, cricket has changed over the years but because of the effort we are here and cricket will keep moving forward."

"Overall it is the fan following which CSK has got, it goes much beyond Tamil Nadu and it goes beyond the border of India. Wherever we play - be it Dubai, Durban, Mumbai, we have got the support. Even during the lean patch, we missed two years of IPL and that was the period CSK was most talked about. When we were not there, we were the most talked about franchise," Dhoni added.

Earlier, after winning the IPL 2021, Chennai Super Kings (CSK) skipper MS Dhoni remained tight-lipped regarding his participation in the next year's edition of the tournament.

For IPL 2022, two new teams will be coming in - Ahmedabad and Lucknow. However, Dhoni also pointed out that he still has not left behind his legacy, hinting that he might just play the next season for CSK.

"Again I've said it before, it depends on BCCI. With two new teams coming in, we have to decide what is good for CSK. It's not about me being there in top-three or four. It's about making a strong core to ensure the franchise doesn't suffer. The core group, we have to have a hard look to see who can contribute for the next 10 years," Dhoni told host broadcaster Star Sports at the post-match presentation of the IPL final.

However, once the Harsha Bhogle said: "You can be proud of the legacy you have left behind", Dhoni was quick to respond, saying: "Still I haven't left behind."