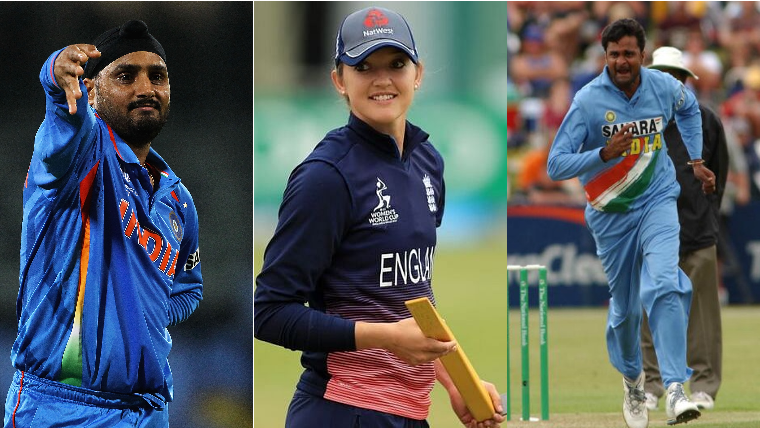 Singh is the third highest wicket-taker for India in Tests with 417 wickets in 103 matches, while Srinath is one of the ODI greats, with 315 scalps to his credit.

Wicketkeeper-batter Sarah Taylor, who returned to cricket this year after retiring in 2019 due to mental health reasons, was also given the membership. Taylor played the Rachael Heyhoe Flint Trophy, the Charlotte Edwards Cup as well as The Hundred.

From South Africa, Hashim Amla, Herschelle Gibbs, Jacques Kallis and Morne Morkel received the honour while West Indies’ Ian Bishop, Ramnaresh Sarwan and Shivnarine Chanderpaul were also given the honour. Bishop picked161 wickets in just 43 matches, while Chanderpaul is West Indies' most capped Test player (164) and only seven players have scored more than his 11,867 runs. Sarwan racked up 15 Test centuries.

Australia’s Alex Blackwell, who had over 250 caps across formats, and Damien Martyn, who scored almost 10,000 runs in international cricket were also included. Rangana Herath of Sri Lanka, who took 433 Test wickets in a career spanning almost two decades, and features in the top ten of all-time Test wicket-takers, was also in the list.

Guy Lavender, Chief Executive & Secretary of MCC, in an official release said: "We are absolutely thrilled to be able to welcome our newest Honorary Life Members of MCC. The cricketers announced today are among the greatest international players of their generation.We are privileged to now count them as valued Members of our Club."