Andrew Flintoff won over hearts of cricket lovers around the world for the way his brilliance was mixed with laughter, cheekiness and often sincere compassion for his opponents. On his 44th birthday, let’s look at 6 instances he entertained us.
FPJ Web Desk 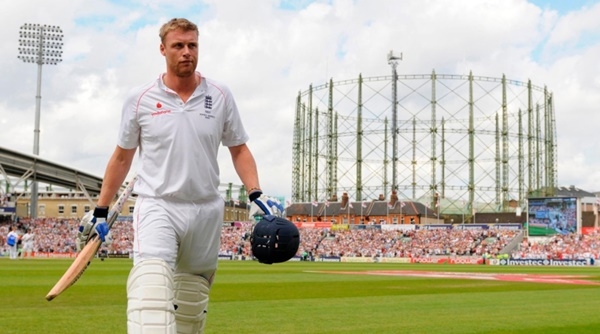 One can forgive Jennifer Lopez for not knowing much about cricket. After all, the game isn’t really a big deal in the US. So Flintoff, appearing on an episode of The Graham Norton Show with the pop star, tried to explain cricket to her.

"Its closest sport in America is probably baseball," he said, "except cricket lasts five days, we break every five days for food, and we spend a lot of time rubbing our balls on our trousers." Classic Flintoff.

Run out of Ricky Ponting

Having sat out the fourth Test at Headingley in order to save himself for one last effort (his fitness was lacking) in the 2009 Ashes series, Flintoff wasn’t in the best of form, as he bowled 25 overs across two innings for just one wicket.

But with Australia going steady in their second innings at 217-2, Flintoff swooped on a ball at mid-on struck by Michael Hussey before throwing the stumps down at the striker's end to run out Ricky Ponting for 66.

It was the turning point of the game and Australia collapsed to 348 all out and England reclaimed the Ashes in Flintoff's last international appearance.

Flintoff’s last dominating performance came at Lord's in the second Test of the 2009 Ashes series where he claimed 5 for 92 while defying his aching body in Australia's second innings to deliver a great victory and a series lead for the hosts.

It was a lead Australia couldn't surpass.

Flintoff's performance against Australia at Edgbaston in 2005 catapulted him to the pinnacle of the sport, in a match that will go down as one of the best in Test cricket.

Part of his stunning performance came with the bat, as he clubbed nine sixes across two innings (the fourth-highest number ever struck by one player in a Test match) to take apart an Australian bowling attack deflated by the absence of Glenn McGrath.

Flintoff seemed to love Edgbaston. Among the more memorable occasions was his stunning 167 against the West Indies in 2004 that included 17 fours and seven towering sixes, one of which was famously dropped by his father in the crowd.

The knock, which became the highest of his international career, cemented his reputation as a truly world-class all-rounder.

Flintoff was known to produce moments of pure brilliance. One such occasion came in an ODI against the West Indies in St Lucia in 2009, when the England star dismantled the home side in their chase of 173 with figures of 5 for 19.

Included in that tally was a stunning hat-trick, in which he claimed the wickets of Denesh Ramdin, Ravi Rampaul and Sulieman Benn—the latter dismissed by a trademark yorker.