Virat Kohli and AB de Villiers are known to share a good bond of friendship off the field.
FPJ Web Desk 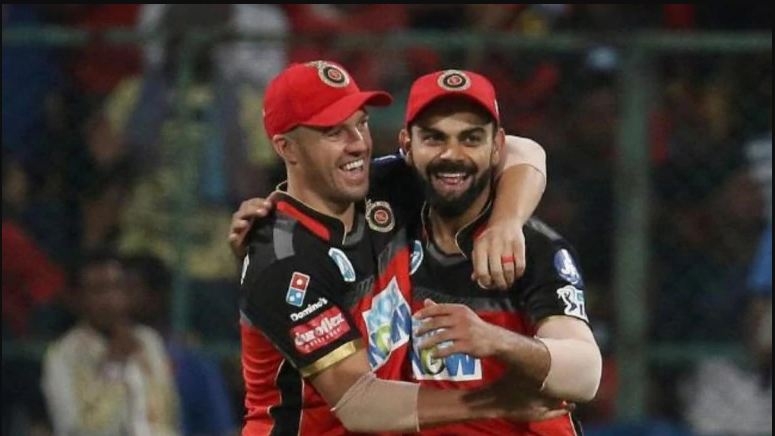 Ab de Villiers, also called as Mr 360 for his ability to hit the ball all aaround the park, is one of the finest batsmen of all time and ranks at the very top amongst the South African batting greats. As he celebrates his 36th birthday today, Indian skipper Virat Kohli, who is one of his best buddies in the sport, wished the former South African captain on social media.

Taking to Twitter, he wrote, "Happy bday brother. Wish you all the happiness and good health and lots of love to the family. See you soon @ABdeVilliers17".

Virat Kohli and AB de Villiers are known to share a good bond of friendship off the field. They also have mutual admiration for one another. Both have shared the field with RCB over the past eight years.

Last year, De Villiers lauded the Indian skipper’s performance throughout the years and had said that he does not Kohli stopping any time sooner. Speaking to Sport24, he said, “I believe it’s his personality and mental strength that gets him through those moments and makes him the best ODI player in the world at the moment.”

He added, “He is a human after all and, like any other cricketer, he will go through patches from time to time where he has to go back to the basics and work his way through it again.”

Only at the age of 21, De Villiers was being seen as South Africa’s ‘future’. After a bright start to his career in 2004, the year 2008 would go down as the most memorable one, having made a double-hundred against India, and his match-winning knocks of 174 at Headingley and 106 not out in Perth paved the way for historic Test series wins in England and Australia. In 2010, de Villiers broke Gary Kirsten's record for the highest South African score, making an unbeaten 278 against Pakistan. Thus grew his legendary status as one of the GOATs.