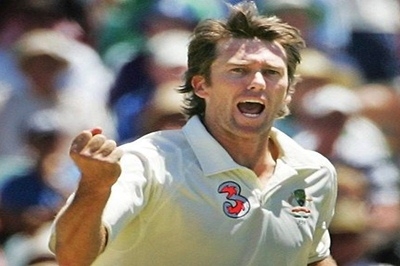 Melbourne: Pace legend Glenn McGrath is set to train a bunch of rookie Australian players at India’s MRF academy during his visit to the country next month. McGrath, who took over as coaching director from Dennis Lillee at the MRF pace foundation in 2012, will oversee a contingent from Australia’s National Cricket Centre (NCC), which will travel to Chennai in early June. Australia’s spin coach John Davison will take a group of batsmen and spin bowlers to India on Sunday for the first phase of the camp before they are joined by four promising pacers and NCC head coach Troy Cooley for the second half.

It will be the 19th year of the exchange between Cricket Australia (CA) and MRF with a reciprocal arrangement in place to enable two promising Indian fast bowlers and a coach to attend the NCC later next month. Cooley believes the exposure will certainly enhance the skills of the young set of players and will also provide them the invaluable experience of travelling to India. “Being successful away from home is a key ambition for us when it comes to developing our young players, so being exposed to the conditions in India provides them with an incredibly valuable experience,” said Cooley. “Having Glenn McGrath along will be a wonderful learning opportunity for the young pacemen we are taking along, and also more broadly for the rest of the group. It will be the first time we have taken the spinners along at the same time and they’re looking forward to challenging themselves in the conditions,” he added.

Among the players taking part in the exchange are Australia A batsman Cameron Bancroft and paceman Andrew Fekete, young spinners Jonte Pattison, Riley Ayre, Mitch Swepson and all-rounder Ashton Turner alongwith batsman Kelvin Smith. The MRF exchange runs from June 1 to 17 with the players gearing up for a two-day match featuring just spinners, and three one-day games with pace and spin attacks.