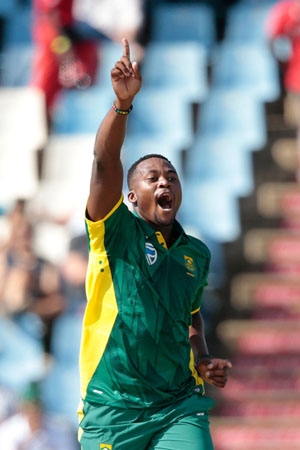 Johannesburg : George Bailey and John Hastings dug Australia out of a trouble with a 79-run seventh wicket stand in the first one-day international against South Africa at Super Sport Park.

Australia made 294 for nine after being sent in to bat but they had been in danger of not batting out their overs when they slipped to 192 for six in the 29th over. All-rounder Andile Phehlukwayo took four for 44 in his second one-day international, taking three top-order wickets in a frenetic first half of the Australian innings. Bailey (74) and Hastings (51) steadied the innings, with Hastings going to a maiden international half-century before he became Phehlukwayo’s fourth victim when he was caught on the long-off boundary. It was a remarkable performance by the medium-paced Phehlukwayo, who was hit for 16 runs in his first over by Aaron Finch but came back strongly on a day when more experienced seamers, including Dale Steyn and Kagiso Rabada, took heavy punishment.