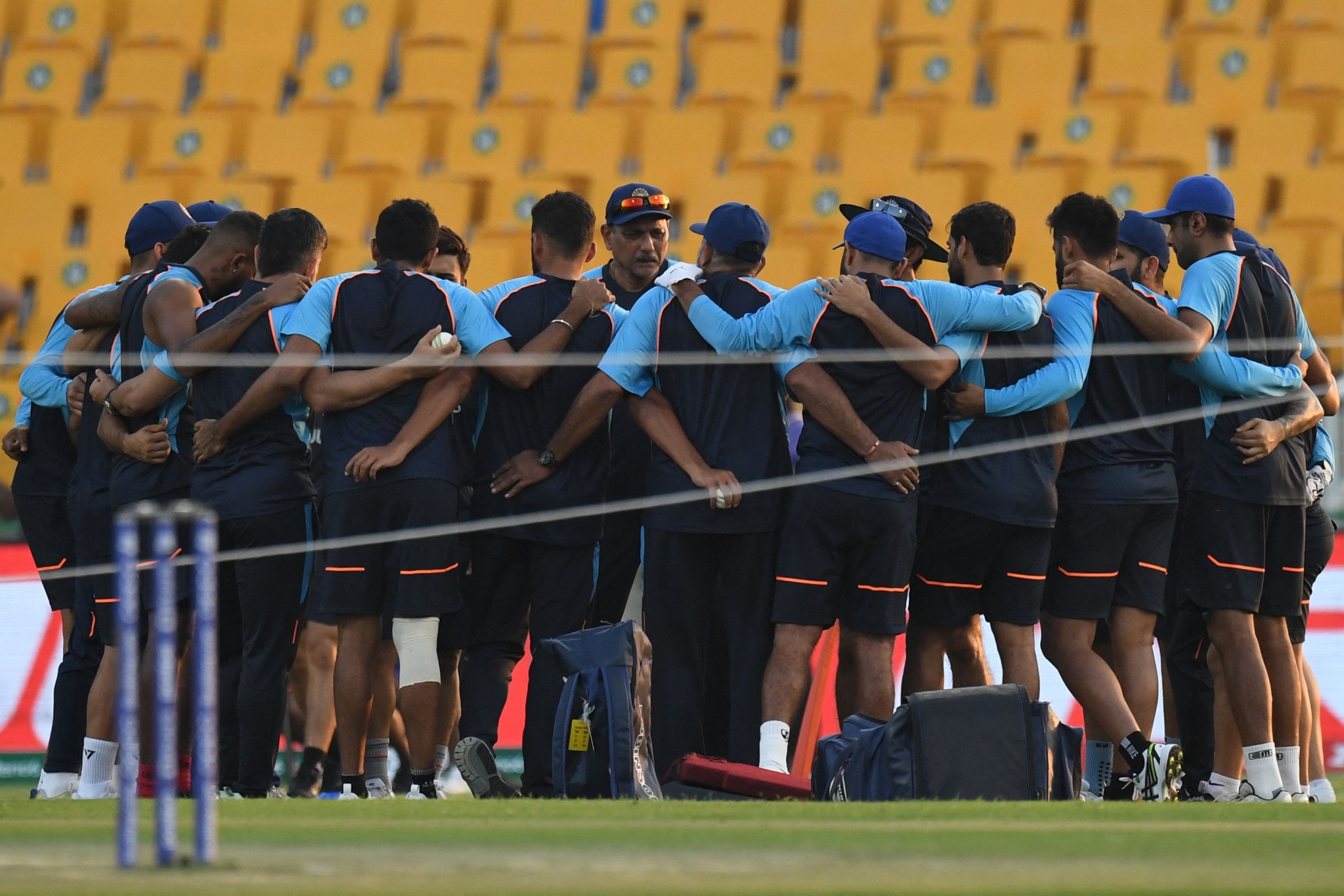 Ravi Shastri, India's outgoing head coach, said that Rahul Dravid can only raise the bar as he has inherited a great team. Dravid will take over from Shastri and the former India skipper's first assignment would be the home T20I and Test series against New Zealand, beginning November 17.

"In Rahul Dravid, they've got a guy who has inherited a great team and I think with his experience, he can only raise the bar in time to come," said Shastri speaking to the broadcaster before India's match against Namibia in the Men's T20 World Cup in Dubai.

"There are still players here who will play for another 3-4 years which is very important. It is not a team in transition and that'll make the biggest difference."

"Virat is still there. He has done a fantastic job as the leader of the side. He's been the biggest ambassador for Test cricket over the last five years. A lot of credit goes to him in the way he's thought about how he wants the team wants to play the game and how the team has rallied around him," said Shastri.

India was knocked out of the World Cup on Sunday after Afghanistan failed to defeat New Zealand. Even if the Men in Blue win against Namibia, they would not be able to leapfrog New Zealand at the second position in Group 2 to make the semi-finals.

"I am mentally drained but I expect that at my age. These guys are physically and mentally drained, six months in a bubble and we would have ideally liked a bigger gap between the IPL and the World Cup," said Shastri.

"It's when the big games come and when the pressure hits you - you are not that switched on as you should be. And it's not an excuse. We take defeat because we are not scared of losing. Because in trying to win, you will lose a game. Here we didn't try to win because that X-factor was missing," he added.