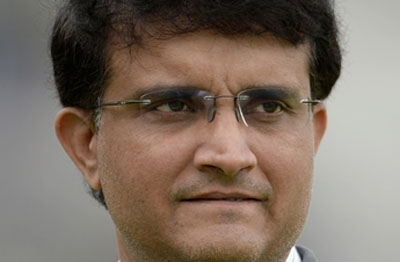 Kolkata : The owner of the newly bought Pune IPL franchise Sanjiv Goenka today ruled any case of ‘Conflict of Interest’ as far as former India captain Sourav Ganguly is concerned regarding being a co-owner of the ISL franchise Atletico de Kolkata. “Sourav is not been involved, that’s for sure. This is entirely mine. It’s 100 percent owned by me. It’s me and my group of companies,” Goenka clarified as there were questions of a potential Conflict of Interest raised as Ganguly is also an IPL governing council member. The highest stakeholder in ATK further said he tried to broach the topic to Ganguly on the sidelines of an ISL match but the former India captain looked away and chose not to respond. “You all are being hypothetical that I’m going to rope in Sourav. We have not even thought about it. There has been no dialogue or discussion with Sourav whatsoever. I was generally speaking to him about cricket and he looked away. That was in the last football match. I was generally asking him, what do you think,” Goenka said. “I asked him “how do you think the sponsors would respond, what was the Pune crowd like” and he just did not respond,” he said.

A passionate cricket follower, Goenka revealed that he was always keen to buy Kolkata franchise but he was outbid by Bollywood heartthrob Shah Rukh Khan, the principal owner of Kolkata Knight Riders. “You may recall that we’ve originally bid for the Kolkata team but Shah Rukh’s bid was marginally higher than ours. We’ve been wanting to get into IPL for a long time. It looks like a good opportunity.” “I used to go for a lot of cricket matches as a kid. I used to follow commentary very aggressively. Cricket is something which has been a passion with me since childhood.” Introducing his son, Saswat, as a partner in the new team, he said:”Our team Saswat and myself took that call and decided that we’ll go for the bid. We look forward to your support. We’ve the team for two seasons and we’re going to make the best out of it.”

Asked about his plans, he said:”As of now, it’s very early, we have not formulated any plans. We did not know whether we’re going to win the bid or not. Till today, it was about winning the bid now it’s about managing the franchise. That effort will now start. Pune appeared to me makes more commercial sense out of all centres that were available. For me it’s RP Sanjiv Goenka Group.” Tight lipped about his team and the way forward, Goenka said:”Our team will take a call. It’s not for me to decide. You don’t take players because you like to be photographed with someone. I’m not willing to share the budget, my team is working on it.”