From Shikhar Dhawan to Yuzvendra Chahal, check out full list of players not included in India's T20 World Cup squad 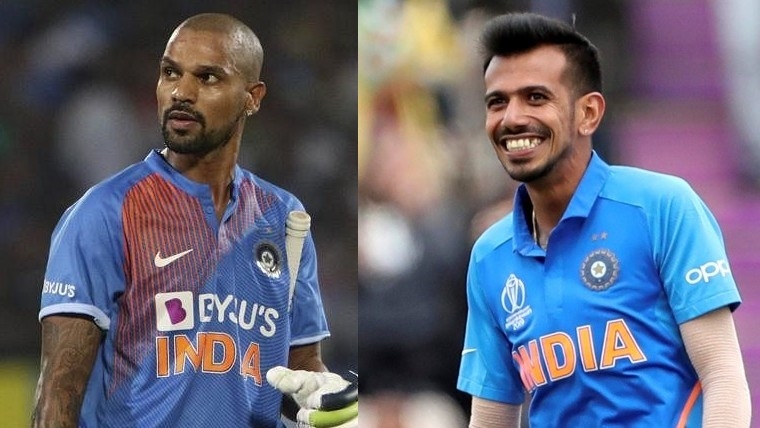 The Board of Control for Cricket in India (BCCI) on Wednesday evening announced the Indian T20 World Cup squad.

Yadav, Kishan and Chakravarthy have apparently been rewarded for their consistent performance in the Indian Premier League (IPL) and the few opportunities they got with the Indian team.

However, there are some players who were in the reckoning to feature in the squad but have not been included. Shikhar Dhawan, Yuzvendra Chahal, Kuldeep Yadav, Mohammed Siraj, Prithvi Shaw, T. Natarajan, Krunal Pandya and Navdeep Saini are some of the players who have missed out.

Meanwhile, in a surprising development, former Indian captain MS Dhoni has been named as the mentor for the T20 World Cup, said BCCI Secretary Jay Shah.

Check out the Indian squad for the T20 World Cup

India and Pakistan will be locking horns on October 24 in a group-stage encounter. The tournament will get underway from October 17, with the final to be played in Dubai on November 14.

The tournament will begin with the Round 1 Group B encounter between hosts Oman and Papua New Guinea on October 17, with Scotland and Bangladesh, the other teams in Group B, clashing in the evening match.

Ireland, Netherlands, Sri Lanka, and Namibia -- making up Group A -- will be in action in Abu Dhabi the next day, with Round 1 matches running till October 22. The top two teams in each group will proceed to the Super 12 stage of the tournament, beginning on October 23.

Group 2 will commence with a heavyweight clash between India and Pakistan in Dubai on October 24. Pakistan then take on New Zealand in Sharjah on October 26, in a tough start for the 2009 champions. Afghanistan begin their campaign on October 25 at Sharjah, taking on the winners of Group B from the first round. It will conclude on November 8, with India taking on the second-placed Round 1 qualifier from Group A.