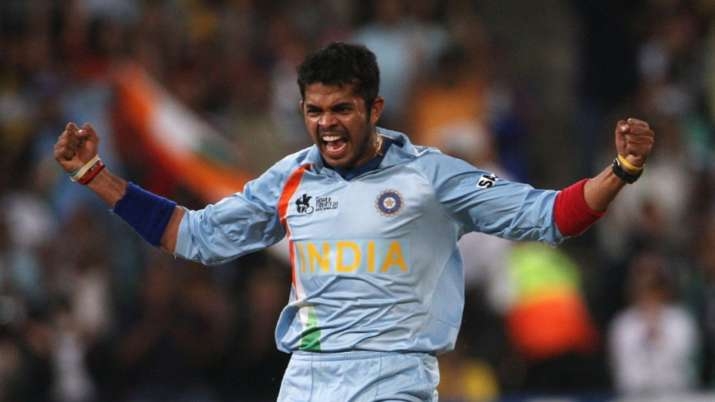 Fourteen years ago, India beat Pakistan in the first-ever ICC Men's T20 World Cup final in South Africa. Come to think of it, India almost didn’t participate in the tournament considering it nothing more than profane pastime. As India take on Pakistan in the 2021 edition of the Men's T20 World Cup on Sunday, Gautam Gambhir’s sparkling 75, Misbah-ul-Haq’s sublime shot-making that made Pakistan believe that all wasn’t lost and, of course, the role of seamer S Sreesanth towards the end come to mind.

While Irfan Pathan was adjudged player-of-the-match, Sreesanth played his part, dismissing the dangerous Sohail Tanvir and then taking Misbah’s catch, a moment that never gets stale in our memories. In a freewheeling interview with The Free Press Journal, Sreesanth navigates the scenes from that classic.

Those moments when RP Singh and you sent the stumps cartwheeling in the 2007 World T20 final against Pakistan reconfigured India’s thinking towards this format. Tell us something about the execution of your plans when the contest was becoming increasingly tighter. Sohail Tanvir smashed you for sixes and you dislodged his timber.

If you remember, he (Sohail Tanvir) hadn’t batted before the final. He was hitting the ball the way he would usually do. I’ve not shared this in the past, but I can reveal now that I was itching to get him bowled and celebrate. At the time, I had serious pace. I would touch 147 clicks. All I planned was I would land the ball full on the base of his stumps, but he flicked me for a six. I was thinking ‘Oh God.’ I knew had he hit one more six, the game would’ve been over. On my way back, I told myself if I could dismiss Matthew Hayden and Adam Gilchrist in the semi-final, who was Sohail Tanvir?

When I eventually bowled him, I didn’t celebrate. I was relieved he was out. Since I had been clobbered, I wasn’t over the moon. I told myself we had only one wicket to get.

You’ve been asked this question a thousand times. When Misbah-ul-Haq scooped that ball in the air, did your heart miss a beat. Were you stiff?

Somewhere I had faith that Jogi (Joginder Sharma who bowled the final over) wouldn’t let us down. About the catch, I owe that moment to Mahi (MS Dhoni) who positioned me at short fine-leg. If you remember the replay, it appeared that the ball had gone for a four or six.

That ball was actually going away from me. Before the World Cup, we had done drills on judging the ball behind our backs. Those drills made the difference when it really mattered. I was blank when the catch came my way. No one said a word. I didn’t hear the usual calls of ‘Sree, take it’ or ‘Sree, it’s yours’. Absolutely nothing. There was pin-drop silence.

During a promo for the movie, MS Dhoni: The Untold Story, Dhoni had revealed that he saw you jerking as you were about to judge the catch.

(Laughs). I did lose a bit of balance, I won’t deny. That was because I was running backwards. That bit wasn’t shown on television since the cameras were focused on the ball. I’ve been asked umpteen times what if I had dropped the catch. I tell them no one will ever know my thoughts had I spilled the chance.

And then after you took the catch?

I remember RP (Singh) came and jumped on me. Then Robin (Uthappa) was all over us. Everybody was trying to get the ball. As you would expect, we went berserk in the dressing room. That Johannesburg change-room will have a special place in our hearts. That is where we played our inaugural T20 match.

Who has the ball?

Obviously, me. I went after the ball and swiftly kept it in my pocket. Nobody knew about it then. Later, people wanted to exchange that ball with souvenirs and what not. Of course, no way I would part with it. That World Cup ball is my priceless possession. Maybe, when I’m past 50, I will offer it for a noble cause.

When India play Pakistan, the ground becomes a heated cauldron. Did you exchange verbals with them?

Not quite. After the final I told them, hard luck. I did needle them saying the trophy was always going to be India’s and that they should try to win against us in the World Cup at least once. Alright, they beat us in the 2017 Champions Trophy final. But then, I wasn’t playing.

You bowled even better in the semi-final against Australia. You looked so animated that day after cleaning up both Matthew Hayden and Adam Gilchrist.

I was charged up for sure. I was focused and at my peak. Hayden and Gilchrist were explosive T20 batsmen at the time. And since Gilly was the captain, I was all the more determined to get him out.

Even today, people rave about your wrist and that immaculate seam position.

I worked hard on it. I should thank myself too. Had I not done the hard yards, worked on my wrist position, I wouldn’t have enjoyed that kind of success in international cricket. I haven’t lost my wrist yet. Even when I played the Vijay Hazare Trophy last year, I realised my wrist was still there. The feeling of the ball when it comes out of my hand hasn't changed. Just that today I don’t count wickets, but only blessings.

Munaf (Patel) and you made a wonderful combination. Munaf with deliveries that would rear up disconcertingly from anywhere and you bringing the seam into play…

It’s a batsman’s game, but nothing like a pacer trundling in. It’s the ultimate spectacle. Yes, Munaf and I were certainly one of the best. Then RP and Irfan joined in. They were insanely brilliant. My gratitude to Zaheer (Khan) who showed me the wonders of reverse-swing. People associate reverse swing with Wasim bhai (Akram), but Zaheer too was in a class of his own.

I remember an enlightening session he had with me in Cape Town to share his trade secrets of reverse swing.

Back to the World Cup, do you believe our bowling is complete.

I’m upbeat about our spinners, especially R Ashwin who brings in such a wealth of experience. In batting, we’ve the world’s best six, so there’s no reason we can’t go all the way. I’m confident of our chances.

On sluggish UAE wickets, will the effectiveness of our quicks be negated?

Don’t forget we’ve street-smart cricketers. Bumrah (Jasprit) and Bhuvi (Bhuvneshwar Kumar) have the variations to counter the lack of pace on those surfaces. Bhuvi uses his slower balls and cutters intelligently, so he should be fine. And I’m fairly certain that Mohammed Shami will prove to be deceptive as well. Bhuvi and Ashwin feature in my line-up, they would be my trump-cards. And mark my words, Virat (Kohli) will be the highest run-getter in the World Cup.

That is so typical of Sreesanth…

I’ve always believed that we should focus on ourselves, everything else will be taken care of.