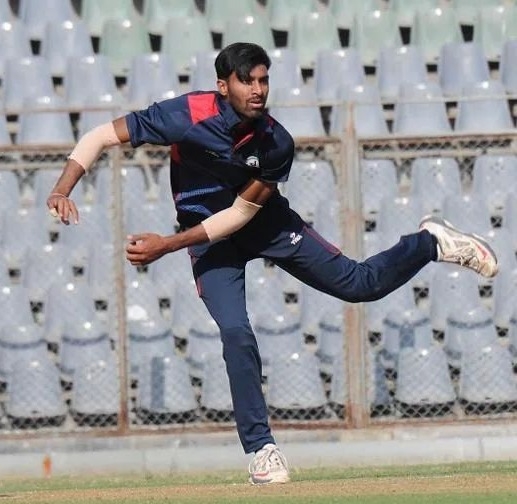 Akshay Karnewar from Vidarbha on Monday became the first cricketer to bowl four maiden overs in a T20 match. The left-arm spinner came up with the magic spell of 4-4-0-2, against Manipur in the Syed Mushtaq Ali Plate division tournament.

"It is shocking for me also, I am surprised with the figures," said Karnewar while talking to FPJ about his feat against Manipur.

On Tuesday, he added another feather to his cap, picking a hat-trick against Sikkim and returning figures of 4-1-5-4. In both the matches, Vidarbha scored over 200 runs batting first and went on to comfortably win.

"I don't think and I don't want anyone to do so," said the 29-year-old, when asked if he sees anybody else emulating or bettering the record.

He made his first-class debut for Vidarbha in the 2016–17 Ranji Trophy on 27 October 2016 and in the next year he went on to take his maiden five-wicket haul in first-class cricket, taking 6 wickets for 47 runs against Punjab in the 2017–18 Ranji Trophy. It was the day before Deepak Chahar broke the record for the best bowling figures in men's T20Is when he took 6 for 7 against Bangladesh.

Karnewar is from Pandharwar in Yavatmal district and is now a Customs officer based in Pune.

“It has been over a decade I have been playing cricket and to be the first one to do so is a feel-good factor,” said the son of ST bus driver Kisan.